1.17M private sector workers to get AstraZeneca shots in July 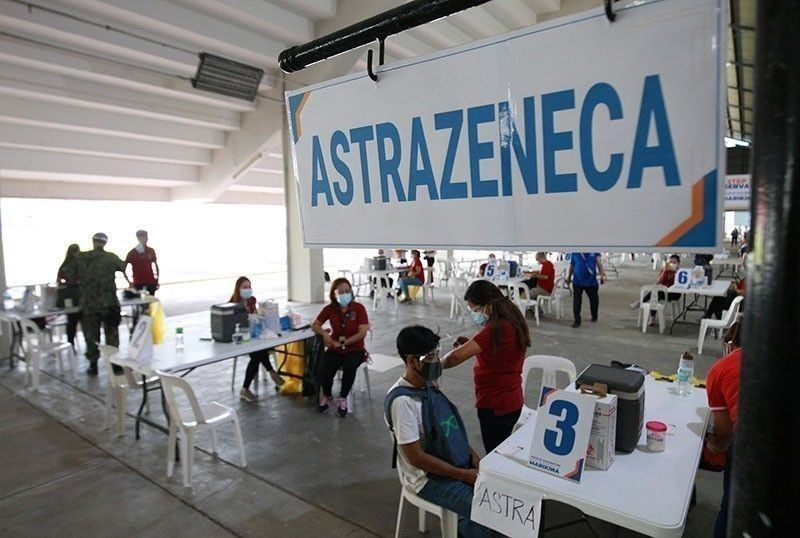 MANILA, Philippines — Over a million private sector workers will be inoculated against COVID-19 with AstraZeneca vaccines next month, presidential adviser for entrepreneurship Joey Concepcion said Saturday.

"The 1.17 million [AstraZeneca vaccines], will arrive in mid-July and mid-August," Concepcion told state-run PTV partially in Filipino. He added that all of the jabs will be used as the first doses for economic frontliners.

The shipments will be in partial fulfillment of some 17 million doses ordered by the Philippine government and private firms from the British-Swedish pharmaceutical company.

An initial delivery of 1.17 million jabs was originally scheduled to arrive in June but was pushed back to July. Concepcion previously said that another 1.17 million vaccines would arrive in August as well.

After the two batches of 1.17 million doses are delivered, Concepcion said, shipments for the rest of the order from AstraZeneca will be continuous.

He added that 5.5 million of the total shots ordered from AstraZeneca are allocated for the private sector while 11 million will go to 39 local government units.

The government's pandemic task force last month amended the fourth priority group, A4, in the vaccination program to include most workers.

"Most of the vaccines for A4 from the private sector are [the] AstraZeneca [shots that will arrive] starting July," Concepcion said.

Other shipments expected this month include 1 million shots from Sinovac, 2.2 million Pfizer vaccines from the COVAX facility and an initial tranche of the US' excess vaccines, 7 million of which will go to countries in Asia and the Pacific, including the Philippines.

According to Galvez, over 5 million people have received at least one dose of the COVID-19 vaccine as of May 30. Of these,1,189,353 have been fully vaccinated, representing only 1.08% of the total 110 million population.

— with a report from Xave Gregorio