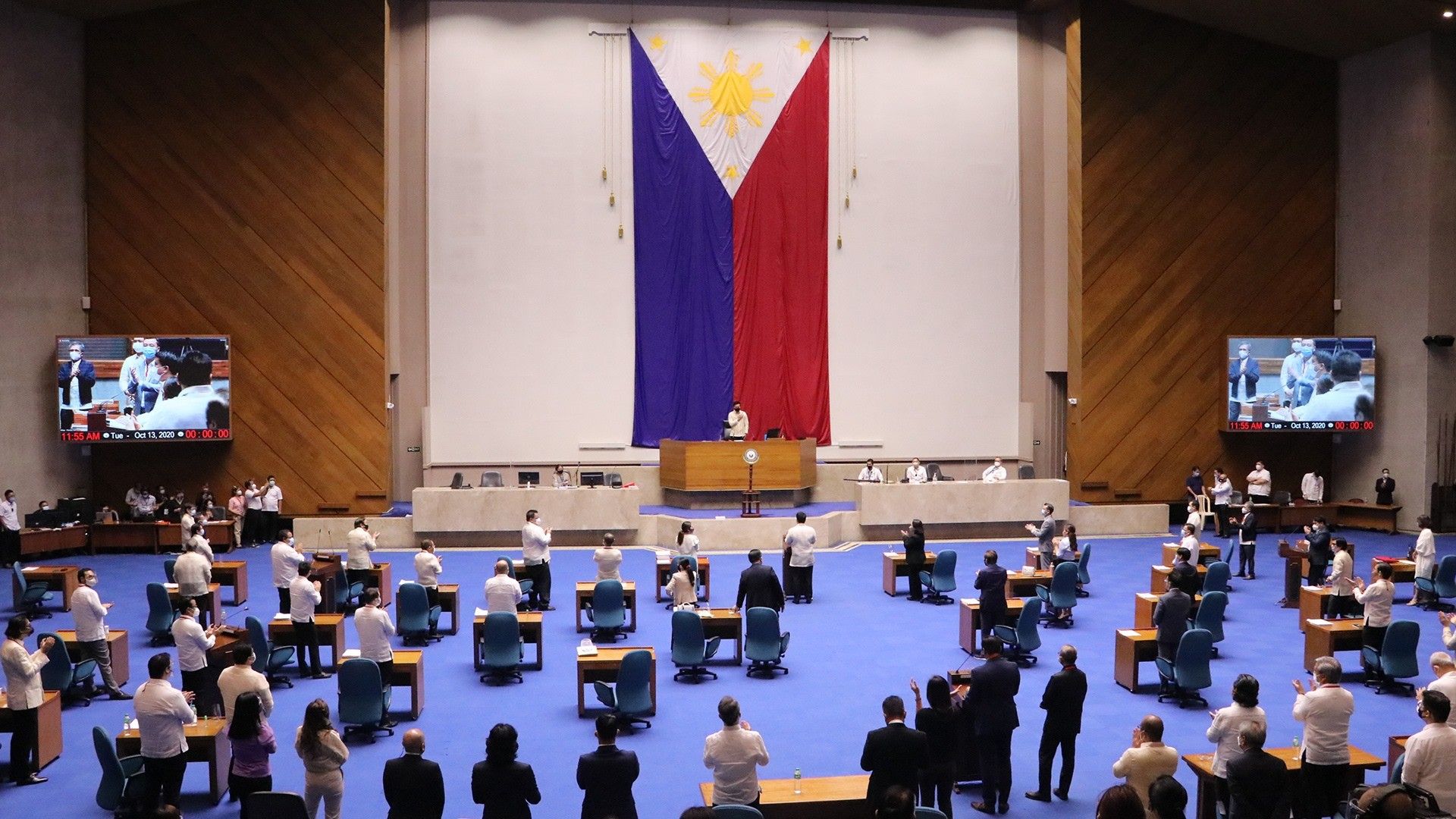 The House of Representatives plenary hall on October 13, 2020.

MANILA, Philippines — The number of deputy speakers in the House of Representatives keeps rising, with the chamber electing two more to the position which is now occupied by 31 lawmakers.

Tolentino, like Speaker Lord Allan Velasco, hails from the ruling Partido Demokratiko Pilipino – Lakas ng Bayan party. Ungab, meanwhile, had been backed by Hugpong ng Pagbabago, the political alliance led by Davao City Mayor Sara Duterte, who has been instrumental in leadership changes in the chamber.

The election of Tolentino and Ungab means that 10% of all House lawmakers are now deputy speakers, a plum post which comes with an additional annual budget for their respective offices and voting powers in all committees in the chamber.

With the addition of deputy speakers, the chamber is on track for a spike in spending.

For perspective, in 2017 when 14 deputy speakers were seated, the House’s spending jumped 16% from the previous year to P8.27 billion, according to Commission on Audit reports. The chamber’s spending hiked again by 21% the following year to P10.02 billion.

University of the Philippines political science professor Jean Franco told Philstar.com in a text message that Velasco is rewarding allies with the deputy speakership post to consolidate power in the House.

Velasco has also been busy chopping the heads of lawmakers who are known allies of former Speaker Alan Peter Cayetano and Rep. Michael Defensor (Anakalusugan party-list) became the latest casualty of this purging.

Defensor was removed as chairperson of the public accounts committee and replaced by Jose Bonito Singson Jr. (Probinsyano Ako party-list).

Reacting to his ouster, Defensor called Velasco "the worst," saying that he would not have resisted if he had been asked to give up his position.

"Civility and leadership dictates that even as we have differences in the past leadership fight, that we treat each other in a respectable manner," Defensor said.

He added, "I am comforted by the thought that clear lines have been drawn and in the spirit of the season, I wish Speaker a Merry Christmas."

Another notable movement in the House leadership is the election of neophyte lawmaker Ducielle Cardema (Duterte Youth party-list) as vice-chairperson of the national defense committee.

Cardema has been filing measures directed at investigating civilian leftists’ supposed involvement in the underground communist movement. Her party is also pushing for the revival of the Cold War-era anti-subversion law.

Share
Previous The Marathon Project could yield ‘national records, tons of personal bests’
Next Tight controls on COVID-19 vaccine may limit queue-jumping for the well connected