2020: The year that sports stood still 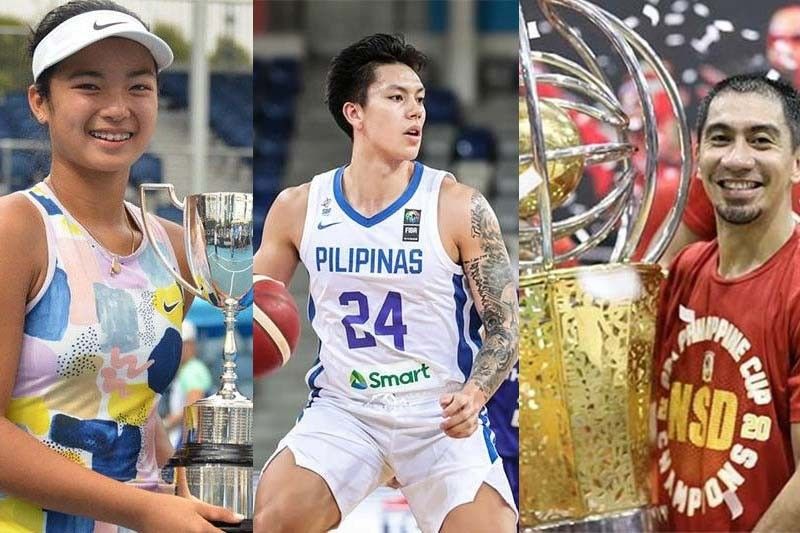 Though 2020 was a year that saw sports sidelined due to the novel coronavirus (COVID-19) pandemic, still Filipinos made things happen in their own respective sports
Luisa Morales (Philstar.com) – December 27, 2020 – 4:45pm

MANILA, Philippines — To say that the year 2020 has been eventful is an understatement.

Whether locally or internationally, the year has brought many experiences, both good and bad, to people throughout its course as the decade began.

And the world of sports was no exception, even with the novel coronavirus (COVID-19) pandemic stymying more than a handful of sporting events.

Philstar.com takes a look back on an eventful year that saw a lot of history made in sports.

Perhaps the biggest sports stories of the year revolve around the events that didn't happen.

Among all of the cancellations brought about by the COVID-19 pandemic, the postponement of the 2020 Tokyo Summer Games takes the cake.

In an unprecedented move, the International Olympic Committee announced in March that the Games would be postponed for the first time since World War II.

As the impact of the COVID-19 pandemic slowly came into view, sports was forced to take a backseat as the world struggled to contain the dangerous virus.

Apart from the Olympics, other major sporting leagues like the NBA, and the Premier League, also saw significant changes in their schedules due to the health crisis.

Locally, the PBA was forced to hold only one conference instead of its usual three per year.

Meanwhile, amateur and collegiate leagues across the country have yet to return.

Collegiate league UAAP, for its part, announced the cancellation of its 83rd season, which marked the first time that the league cancelled a season in peace time.

Before the novel coronavirus wreaked havoc on the world, Philippine tennister Alex Eala gave a promising start to the country's sporting year.

Eala became the female Filipino tennis player to ever win a grand slam title, whether in the Juniors or Seniors tournament, after ruling the Australian Open Girls' Doubles tournament in late January.

What looked like a promising start to Eala's season would eventually be sidelined due to the pandemic. Eala won the country's first grand slam title since 2009.

The 15-year-old tennister breezed through the competition with Indon partner Priska Nugroho.

Nino Alcantara had previously won a Grand Slam also in the Australian Open Juniors tournament when he ruled the Boys' Doubles with Hsieh Chen-peng.

It may have been in the middle of a pandemic, but there was no stopping the rise of Pinay hoopers in the country with the establishment of the first-ever women's basketball professional tournament in the Philippines.

The Women's National Basketball League (WNBL) got the professional stamp from the Games and Amusements Board in late August and have been preparing for their first season as a professional league.

Since then, the maiden women's hoops pro league has garnered a lot of attention with hopefuls swarming its first-ever draft application.

Recently, the league made history after holding its first-ever draft combine in Victoria Sports even amid the pandemic.

If all goes well, the WNBL hopes to build on the momentum they collected through the year to propel them to an early 2021 start of their first-ever professional season.

Not even a global pandemic could stop Philippine basketball phenom Kai Sotto from continuing his path to make it to the NBA.

After a year of training in the United States, Sotto drew much closer to his dream of being the first-ever Filipino in the NBA after committing with the NBA G League in May.

The 7'2" big man has since been training with Team Ignite, along with other elite prospects like Filipino-American Jalen Green.

Sotto is set to test his mettle with veterans in the NBA G League when they hopefully begin their season early next year.

If things progress for the Filipino big man, he may find himself in the NBA draft in 2021.

Though it was stymied for a few months due to the pandemic, the Philippine Basketball Association (PBA) was able to power through and hold its 45th season in a "bubble" format.

First employed by the NBA, the PBA was successful in staging a whole conference in Clark City, Pampanga amid the coronavirus crisis while still keeping its players and all those involved safe within the league's venues.

Asia's premiere pro basketball tournament saw a lot of firsts in the "bubble", the first-ever PBA game tipping off in the morning, the first-ever quadruple header game-day, and back-to-back games for teams for the very first time, just to name a few.

The storied Barangay Ginebra San Miguel franchise would become the eventual champions of the first-of-its-kind setup.

Also held in a now normal set up of a "bubble", hoopers fresh out of college, and even those still in college, represented flag and country in a pocket tournament that resulted in an immaculate 2-0 record for the Filipinos.

Having to make do without professional ballers with the PBA bubble still in full swing at the time, collegiate stars Juan Gomez de Liano and Dwight Ramos rose up to the challenge in leading a young and inexperienced squad.

Though having lacked in veteran leadership, the young guns were able to prove their worth and thrashed an all-professional team from Thailand twice in their meetings in the bubble.

And while the situation called for it, the compromise became an opportunity to see just how bright the future of Philippine basketball is.

2020 may have seen a lot of sporting events sidelined with all the crisis facing the world, but Filipino sports fans still had a lot to enjoy.

Come next year, fans and athletes alike can only hope for the best and a busier year for sports.