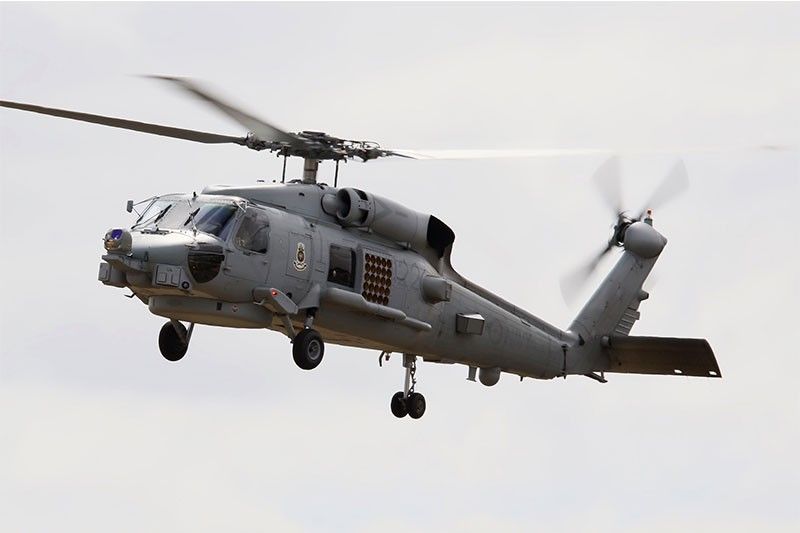 MANILA, Philippines — All three crew members of an Australian military helicopter are safe after a crash while transiting east of Luzon, the Armed Forces of the Philippines said on Thursday.

"The AFP is still coordinating with its Australian counterparts on the matter and has expressed readiness to provide assistance," the military said in a statement.

The AFP was informed of the unfortunate crash involving an Australian MH60R Seahawk Helicopter Wednesday night while transiting East of Luzon.

The helicopter was operating from the Royal Australian Navy's HMAS Brisbane, which was on regional presence deployment with HMAS Warramunga.

According to a statement from the Australian Department of Defence, the aircraft was conducting a routine flight overnight when the crew conducted an emergency landing in water.

The three crew members were safe after ditching their helicopter in the Philippine Sea. They were rescued by sea boats from HMAS Brisbane about 20 minutes later, the Australian defense department said.

Three crewmembers of an #AusNavy MH-60R Seahawk helicopter are safe after ditching their helicopter in the Philippine Sea during a routine flight overnight.

Rear Adm. Mark Hammond, commander of the Australian Fleet, said the immediate actions of officers and sailors of HMAS Brisbane ensured the survival of the three air crew.

“With the aircrew safe, investigating the circumstances that led to the helicopter ditching is the priority at the moment,” Hammond said.

Following the incident, flying operations of the MH60R Seahawk fleet have been temporarily paused as a precaution, Hammond added.