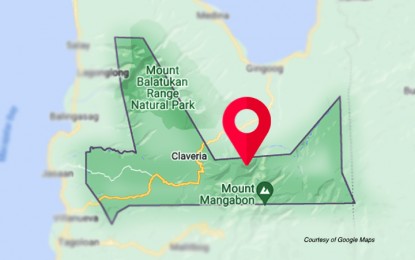 In a statement, Lt. Col. Ricky Canatoy, commanding officer of the 58IB, said the 10-minute firefight happened between government forces and around 10 armed rebels of GF Huawei of Sub-regional Committee 1 (SRC1) of the North Central Mindanao Regional Committee (NCMRC) on Friday.

The first encounter occurred at around 7 a.m. in the hinterlands of Barangay Plaridel, Claveria town, as the troops were conducting military operations while following the traces of a rebel hideout discovered in the area.

Canatoy also confirmed that no casualty was reported on the government side.

He also assured the public that government forces are on full alert against the rebel group ahead of the upcoming national and local elections on May 9, 2022.

“Even during election season, we will remain vigilant against this terrorist group and anyone else planning to incite violence in MisOr (Misamis Oriental). We will not hesitate to use force against peacebreakers and other threat groups that continue to use terrorism because we do not tolerate it,” he said.

Canatoy said the government will continue to protect the people and encourage NPA rebels to return to the folds of the law.

“The Army has been merciful to the armed rebels in recent months, urging them to return to the folds of the law and live a peaceful and normal life, thus avoiding unnecessary death. Because it is our duty as soldiers to protect and secure the lives of the innocent and the progress of the province,” he said.

The retrieved cadavers were turned over to the Barangay Council and to the Municipal Disaster Risk Reduction and Management Office in Balingasag where they will be given a decent and proper turnover to their families.

The CPP-NPA is listed as a terrorist organization by the United States, the European Union, the United Kingdom, Australia, Canada, New Zealand, and the Philippines.

The National Democratic Front (NDF) has been formally designated as a terrorist organization by the Anti-Terrorism Council on June 23, 2021, citing it as “an integral and inseparable part” of the CPP-NPA created in April 1973. (with reports from Nef Luczon/PNA)

PBBM vows to support SSS at its 65th anniversary event

No break for House panels while Congress in recess

PBBM vows to support SSS at its 65th anniversary event