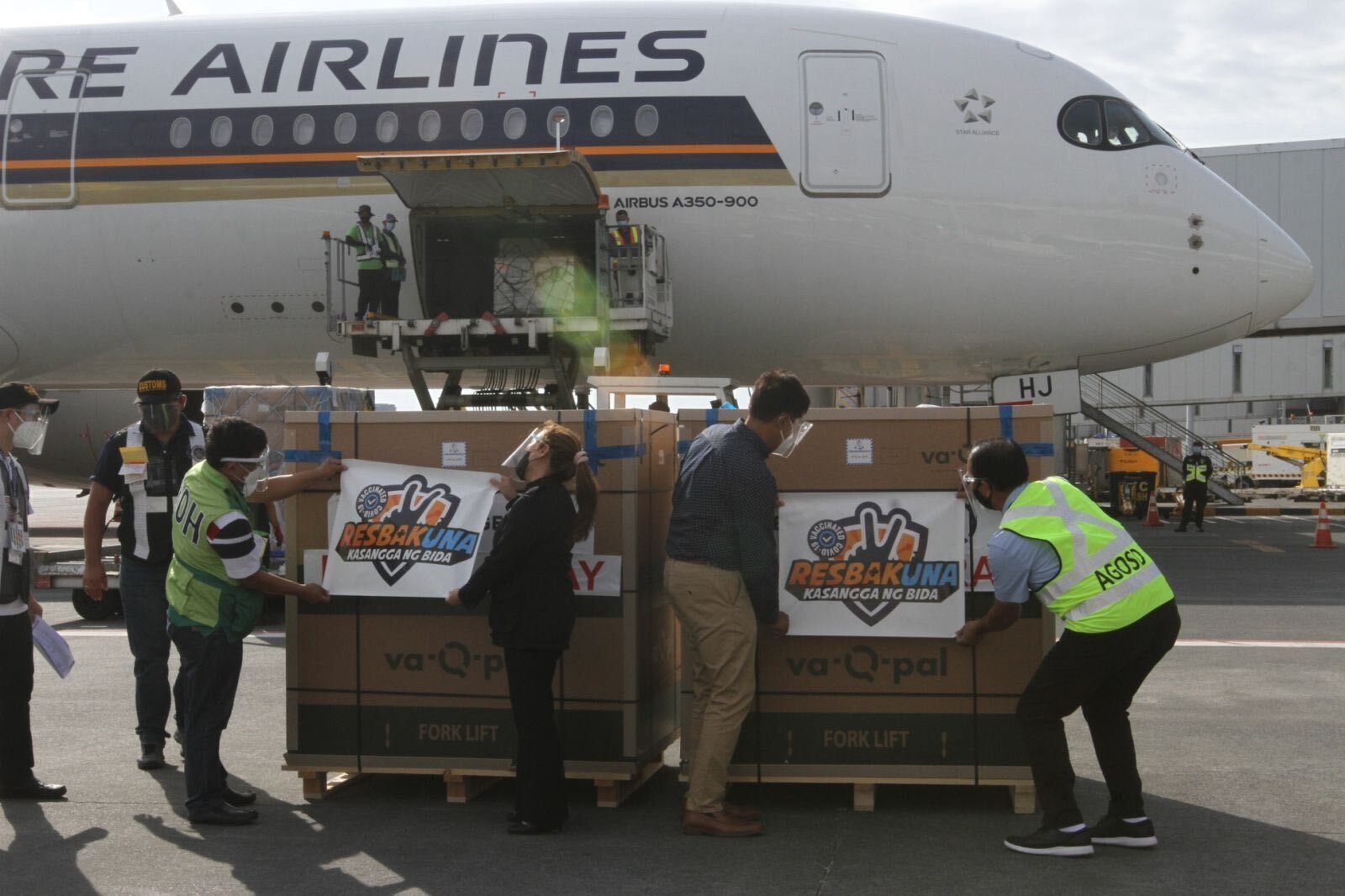 MANILA, Philippines — The Philippines on Sunday received additional doses of Moderna's COVID-19 vaccine as part of supply that the government purchased.

State-run Philippine News Agency reported that the Singapore Airlines flight SQ912 landed at the NAIA Terminal 3 in Pasay on the afternoon of August 8 with the shipment of vaccines.

Of the newly arrived doses, some 224,400 will go to government while 102,000 will go to the Razon-led International Container Terminal Services, Inc., according to PNA.

The country got its first supply of Moderna vaccibes in June after it finalized the purchase of some 20 million doses in total from the US manufacturer.

Manila also received more than three million doses of the jab on August 3 as a donation from the United States through the COVAX Facility.

The arrival of more vaccines as Metro Manila begings a two-week hard lockdown due to a new surge in COVID-19 cases that experts said the Delta variant may be driving.

Government figures showed there are now 14.69% or 10.28 million Filipinos complete with their COVID-19 shots by first week of August.

That is out of officials' target of up to 70 million inoculated this year. Some 17.44% or 12.20, meanwhile, have received their first dose. — Christian Deiparine, with reports from Philstar.com intern Siegfred Aldous Lacerna