MANILA, Philippines – The Philippine Olympic Committee will field in a “fighting” 656-athlete delegation to the Hanoi Southeast Asian Games set May 12 to 23 with an eye at finishing at least in the top three.

POC president Abraham Tolentino said the number, which will compete in 44 events from 39 of the 40 sports calendared in the biennial meet, is almost half of the 1,115 athletes the country sent to battle in the 2019 Manila SEA Games where the host nation emerged the overall champion with a historic haul of 149 gold, 117 silver and 121 bronze medals.

The slash, according to the congressman from Tagaytay, could drastically affect the Filipinos’ title-retention bid but vowed the team they would send would be a competitive bunch who may be good enough to snare a place in the top three.

“Comparing the numbers when we hosted the Games in 2019, we’ll have a delegation that’s slashed almost in half from three years ago,” said Tolentino. “And a quick look at the numbers show we’ll be hard-pressed to repeat as overall champions.

“But we’ll have a fighting team in Vietnam, setting aside the difficulties of training and competing or training overseas because of the Covid-19 pandemic,” he added.

The PhilCycling chief have said in January that the Hanoi Games has been reduced to a race to second place and at least a top three finish for the Filipinos is a strong possibility.

Of the 44 disciplines, the POC has yet to receive a tentative list for athletics, men’s 3×3 and 5×5 basketball, weightlifting and jiujitsu.

The deadline for the submission of entries by names is on March 12 and Tolentino said the POC is hopeful to complete the list — including expected revisions from NSAs (national sports associations) which already complied with the body’s February 24 internal deadline — by then.

The estimated size of the delegation is pegged at 874. Also on the tentative list are 177 team officials (coaches, team managers and/or NSA heads or representatives) and 20 members of the medical (doctors, nurses and masseurs/therapists) and administrative staff.

Competition venues for Filipino athletes are spread out in four clusters although majority will be in the main hub of Hanoi, Tolentino said. The POC based the clusters on their proximity to Hanoi.

The Philippines is not participating in Vietnam’s 40th sport of xiangqi (Chinese or elephant chess). 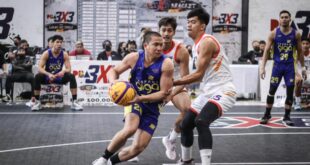 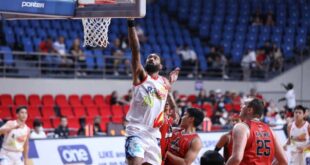 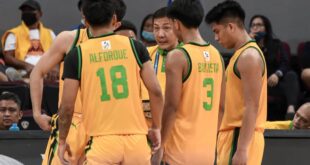 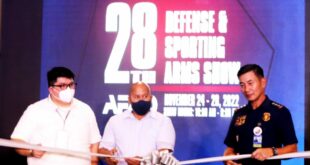 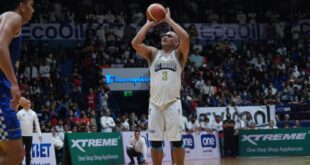