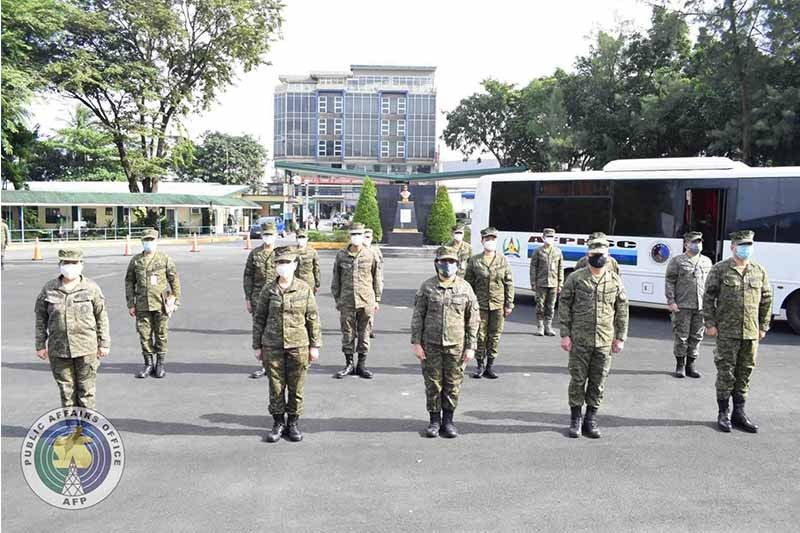 Col. Fatima Claire Navarro, surgeon general of the AFP, led the send-off ceremony of the Nurse Corps on Monday morning.

The two teams of nurses will undergo one-month deployment, following the Memorandum of Agreement between the military and the Department of Health, the AFP said.

“Four of the nurses were previously deployed in Davao while two came from Cebu and two others from V. Luna Medical Center,” the AFP added.

On September 23, President Rodrigo Duterte ordered the military and police to provide medical personnel to short-staffed hospitals as the country grapples with a rising number of COVID-19 infections.

The president said then: "I am ordering the medical corps of the Armed Forces of the Philippines and the Philippine National Police…if you are listening to me now…please, place your human resources…on ready, on deck because I can really rely on you.”

DOH data on October 11 showed that in Metro Manila, 67% of intensive care unit beds, 43% of isolation beds, 49% of ward beds and 50% of ventilators in Metro Manila are reported as utilized.

For the entire Philippines, the utilization rate for ICU beds is at 69%, isolation beds at 53%, ward beds at 54% and 50% for ventilators.