A Girl and A Guy stars bare it all 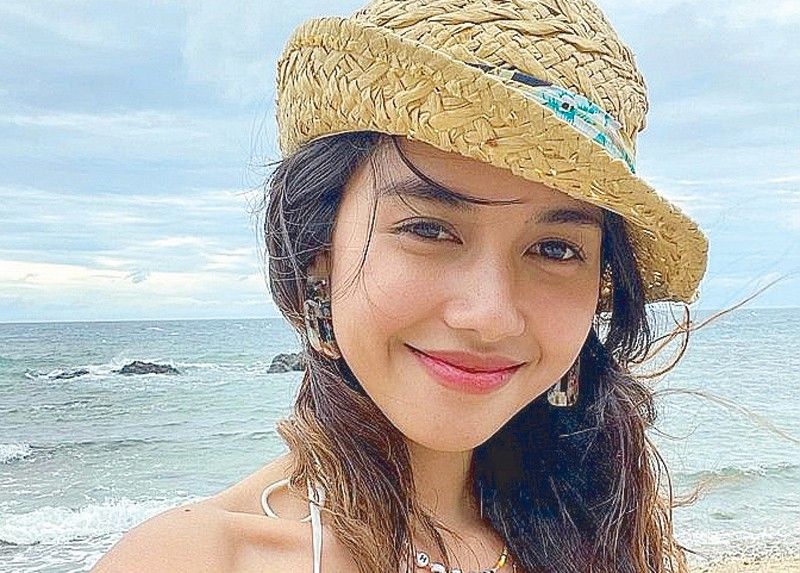 MANILA, Philippines — Rising stars Alexa Miro and Rob Gomez went all out (yes, including in the steamy scenes) while staying true to themselves for their roles in the upcoming first Upstream Original film, A Girl and A Guy, directed by Erik Matti.

“Siyempre on the side, may mga sign of the cross lang. ‘Lord, ikaw na bahala,’” she quipped when asked about how she and her co-star prepared for the sexy shots.

While the actress admitted she was nervous while acting out the sensual scenes, Rob, on his part, shared that they gave everything for the film. “Na-brief na kami ni direk Erik on what we were gonna do, what he wanted to see. But then it was really up to us, on how it was gonna look. If ever we didn’t give the 200 percent, it was not gonna cut it… and the point was, we just really gave everything we had. And of course, yun nga, sign of the cross.”

In the trailer and poster of A Girl and A Guy, which captured the attention of curious netizens, Alexa plays Fiona, an independent millennial who needs respect, while Rob, as Raf in his 20s, needs to figure his life out. The teaser for the R18 flick describes it “as a modern tale of young adults navigating the tricky world of relationships, connection, and intimacy in today’s society.”

Rob explained that the story revolves around a guy’s world, that’s why it was easy for him to relate to his character. “While we were on set, I was saying to myself na I’ve been here. It doesn’t look the same, it doesn’t sound the same, but I’ve been here. I know how to react, I know what to do, how to enter and exit.” Alexa and Rob also shared the scene that really created an impact on them. Without divulging much details, Alexa described the “vital scene” as “very genuine, pure and raw,” where everybody can relate to it.

For this scene, the co-stars said that they were speaking from the heart as the real Alexa and Rob and no longer just acting out. “Wala kami sa character. Ako nagsalita from my heart,” said the newbie actor. “And then she (Alexa) was talking to me from her heart.”

Alexa and Rob had a natural chemistry the first time they met and instantly felt comfortable with each other. They didn’t undergo any acting or intimacy workshop for the film, as everything was spontaneous.

Rob said he was “starstruck” upon meeting the lead actress and was amazed by her work ethics on set. “I got to talk to her, she was very nice. Very, very kind and down-to-earth. Every day when we worked together, I was stunned kasi she was such a great actress. She memorized really great. I was very much inspired by her to polish my script reading, memorizing and everything. And she was very helpful.” 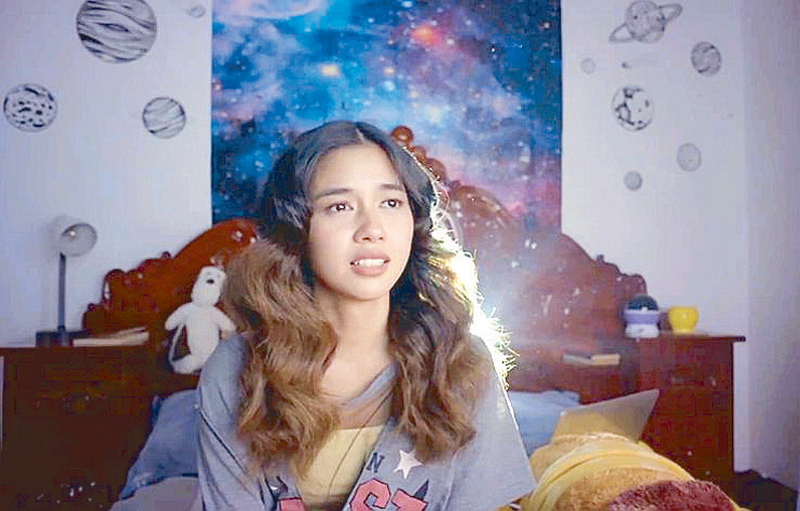 Rob came from the famous Estrada showbiz clan. He looked up to his mom, former actress Kate Gomez, his uncle-actor Gary Estrada and grandfather, the late George Estregan.

Entering showbiz wasn’t his goal at first but then he had a change of heart and pursued acting just recently. “I love sports. I play football po kasi, that was my main goal. And then I used to study architecture. That was my first course, fresh from high school. And then I guess it was metanoia, change of interest, change of heart. Destiny. The stars aligned and they (A Girl and A Guy executives) gave me a chance to show my skills as an actor. And here we are.”

Alexa, on the other hand, was fond of acting since she was a kid. “Bata pa po ako, five-years-old pa lang, as far as I can remember, ‘pag tinatanong ako ng mga tao — teacher, kaibigan, kaklase, mga titos and titas — I would always say, ‘One day, I would like to become an actress.’ A performer. Everything around performing arts po talaga.”

Alexa joined the ABS-CBN’s Munting Miss Universe in 2001 and won the competition. She was supposed to enter showbiz, but things in her personal life (like family issues) prevented her from doing so. Alexa focused on her studies instead, but her love for acting did not fade. She would join theater plays in high school and college. “Kasi andun po talaga ang puso ko sa pag-arte, sa pagkakanta at sa pag-e-express ng sarili ko through performing arts.”

Alexa is a familiar face because she was also featured in a viral Jollibee commercial titled Signs in 2018 as part of its Valentine series. That opened many opportunities for her to be discovered in the entertainment industry.

The TVC director, Ted Boborol, chose her to take part in the drama teleserye Araw Gabi, starring JM de Guzman and Barbie Imperial. Various projects poured in after that until her biggest break came, the soon-to-be-released A Girl and A Guy.

A bit of trivia: Alexa got her screen name from her idol, Angel Locsin, who goes by that name in some of her movies. “Saludo po talaga ako sa acting niya at naging inspiration ko siya for the longest time.”

For the movie, the female lead star landed the part of Fiona when a photographer friend casually introduced her to direk Erik and set her up for a meeting with the latter. “When I got there (in his office), I didn’t know that there was a movie,” she said. “Nagkamustahan lang kami ni direk, siyempre na starstruck po ako. Pagkatapos po naming mag-usap-usap, parang bigla na lang niyang sinabi na, ‘Tayo ka nga dun. Dun sa gilid.’ Tapos may camera, nagsabi na siya, ‘Magbigay ka ng ganitong expression, ganito naman, tapos try mong ganito.’”

Moreover, Rob met direk Erik when he was 16 years old through his tito Gary. He auditioned for the filmmaker’s horror movie Kuwaresma but didn’t make the cut. After a while, he received a call from film producer Dondon Monteverde, who urged him to try out for the role of Raf. “I heard po na they had someone else for this movie. Nagkataon lang po na may complications. At sa akin po na biyaya yung parte. Sobrang thankful po ako. Life-changing siya, since I’ve been wanting to act for a few years now, show off my skills and become the greatest actor that I can be.” Rob added that direk Erik was “on fire” and always in focus while filming. “He works like magic.”

The onscreen tandem is inviting everyone to watch the film that will surely “blow our hearts away.” “We’re gonna show a lot of heart. Then, we’re gonna break them all. Scatter it and then blow it away. Ganun po yung mangyayari. Sobrang excited po ako na makita niyo lahat,” Rob said.

(Reserve tickets at upstream.ph before its worldwide premiere on June 24.)