A Smart way to know Chris Evans better and closer What could be a “Smarter” way of getting to know Captain America star Chris Evans better and closer than via a virtual mediacon hosted by Smart guys Jane J. Basas (SVP and head of Consumer Wireless), Al Panlilio (a Captain America fan, president/CEO), Lloyd Manaloto (Corporate Marketing head) and Darwin F. Flores (VP and head for Community Partnerships).

Evans is the perfect choice for the company’s “Live Smarter for a Better World” campaign because of his own personal advocacy.

Here’s what Evans said during the mediacon as he fielded questions from the invited journalists: 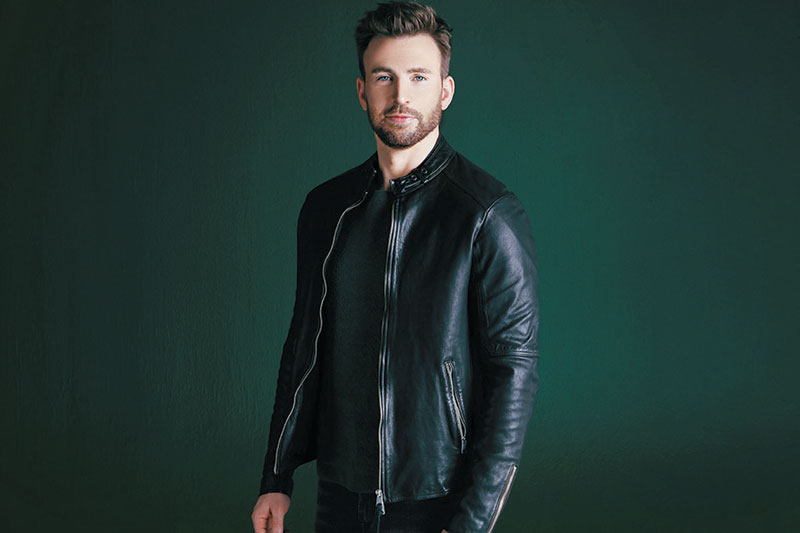 • On what he knows about the Philippines: I’ve heard great things. Great beaches! I’ve heard that today, actually. I heard great food. Wonderful people. I mean every time I am in any sort of Asian territory it’s always hard to leave because it is incredibly welcoming and aesthetically beautiful so I am eager to visit.

• On movie he’s seen the most: Not another teen movie because it was my first movie and when it’s your first movie you have to go see it with multiple people like family and friends. It also plays on TV a decent amount. So, oddly enough, probably that one.

• On the smartest thing he has done: The smartest thing I have ever done was adopt my dog Dodger. I was filming a movie in Savannah, Georgia, and we shot a scene at a shelter and he was there and I wasn’t planning on adopting a dog but I went for it. So far, the best decision I ever made.

• On the dumbest thing he has done: The list is long, uhm, and the true answer I can’t probably tell yah (laughs). But let me give you a nice answer. Dumbest thing I had ever done was I quit drum lessons when I was younger and I wish I stuck with that.

• On what he would say to inspire people to be smarter: I would say like, it seems like a real platitude, but I would say read more. I think that it’s easy for us to think that all the issues we’re going through as a country and as a world really is somehow unique to this moment when the truth is when you read history, you realize that a lot of these things tend to repeat. And you can get a lot of information to address not just what’s going on but it also opens up your understanding and compassion.

• On how he could create a better world: Ahh, well, start by getting people to read more. Uhm, and I suppose, uhm, slow down a little bit. I think that we kind of tend to… (at least in America) the American stories just move quicker and quicker, uhm, and I think the ability to kind of slow down and take time with the little things, whether it is brushing your teeth or cooking breakfast…just remember to be in yourself and be still every now and then. I think slowing down and being still will pay back in enormous ways.

• On what he still wants to achieve: My appetite changes pretty quickly. Some days I wake up and I am curious about carpentry and as I said, I would love to pick up drum classes again. I’d also like to do more writing and more traveling. So, yeah, there’s a lot of things. They are not necessarily professionally-related, uhm, it wouldn’t necessarily be about what I will do in my career but more about what I would explore in my downtime. My hobbies.

• On his civic engagement platform A Starting Point (ASP): It was borne out of recognizing that we were living in this proliferation of misinformation — that it’s really hard to have a political discussion with people because most people come into the table with their own set of facts and information. So, it felt like the most intuitive way to rage against that would be getting the information from elected officials directly from themselves to the electorate so we have at least an understanding of who the people in office are and what they believe in.

• On his message to his fans in the Philippines: Well, I would say that I can’t wait to get out there. I can’t wait to visit. I have heard nothing but amazing things and this partnership only makes me more excited to come and say hi.

“From the first moment I saw the script I was fascinated by the strong statement Smart wanted to make to really empower people to do good things and I think that’s exactly what we need in these extreme times and it’s a message I can get behind as a director 100 percent.

“So, the idea is to go on a journey with Chris Evans from stunning nature to a room filled with screens visualizing various inspirations as we’re listening to his thoughts and ideas. We were facing a lot of challenges in pre-production because having a world-class actor like Chris as an ambassador requires an extremely safe shooting environment.

“Thus, we had to shoot all of his parts in a studio even those where he stands outside (on a cliff) looking at the ocean and usually what is done is that we will shoot those scenes in front of a green screen and post on the environment later. But we wanted Chris to really feel the environment and be part of it during the shoot already.

“So, we used the same technique they used for the Mandalorian where the environment is shown on gigantic LED screens that we had in the studio so the actor can have a real interaction. It is a fascinating high-res technology where the camera is not able to distinguish between reality and the screen anymore. So, these computer-generated images, the results are really stunning and it’s fun to watch.

“So, it was really a great experience for me to work with a company that sets a great example in these times not only with the audience but also themselves: Should we do good or should we do better? I hope you enjoy this inspiring campaign and see you all soon.”