A year into pandemic, Canadians reflect on what they’ve lost – and gained 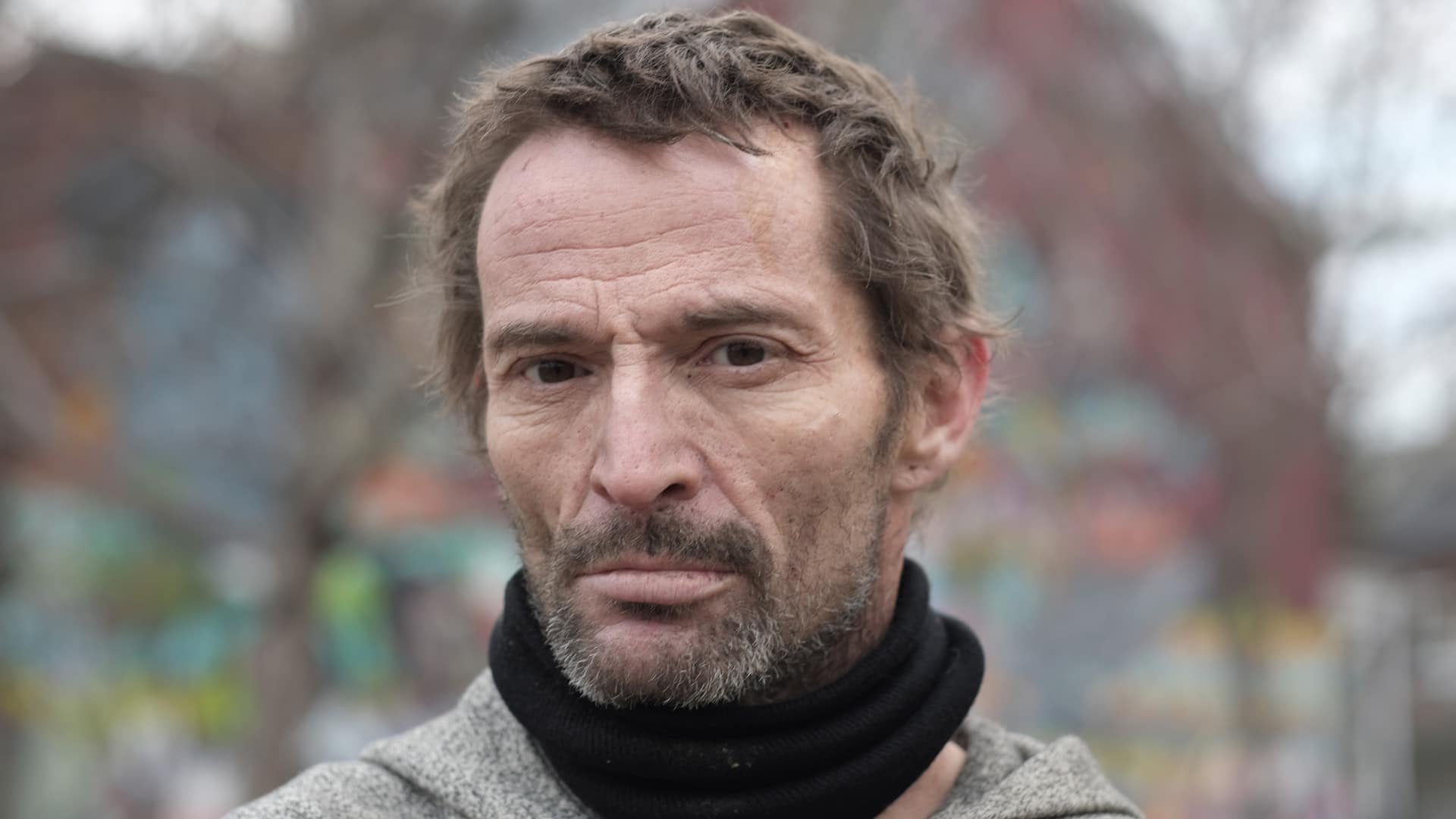 Reflecting on the changes worth keeping after COVID-19

Canadians have all adapted to change to some degree since the pandemic started one year ago. Four Canadians reflect on whether some of those changes will be worth keeping after it's over.7:11

On most days you can now find Jen Kuzyk out front of her bakery talking to her customers and laughing.

It's a ritual that's developed because of the pandemic.

"I think I love my customers a little bit more now," Kuzyk admitted with a smile.

Kuzyk owns Edible Options, a gluten-free bakery in St. Catharines, Ont. When the pandemic started, she went from selling hundreds of loaves of bread a day to zero. Even though her bakery was deemed an essential service, she shut down for six weeks because her staff wasn't comfortable working during the lockdown.

"Those were the longest six weeks of my life," Kuzyk said.

"I won't lie. I've had an hour cry sitting in the middle of my shower not knowing what to do — and the pressure of staff not being together or getting paid, or customers not getting bread. And I knew that I wasn't alone."

During those six weeks, as Kuzyk did her best to stay in touch with her customers on social media, she learned how important her bakery was in their lives.

After that, she says she had no choice. Kuzyk says her customers needed her, so she and her husband went to work.

"We would come in here and we would bake hundreds of loaves of bread. And we literally dropped them off at people's houses. We'd leave the bag at the front door and then we get back in the car. And then we'd call real quick and say: 'you know, your bread's outside.'"

Kuzyk and her husband drove hundreds of kilometres to towns all over southern Ontario to deliver their gluten-free bread. They didn't charge a cent. 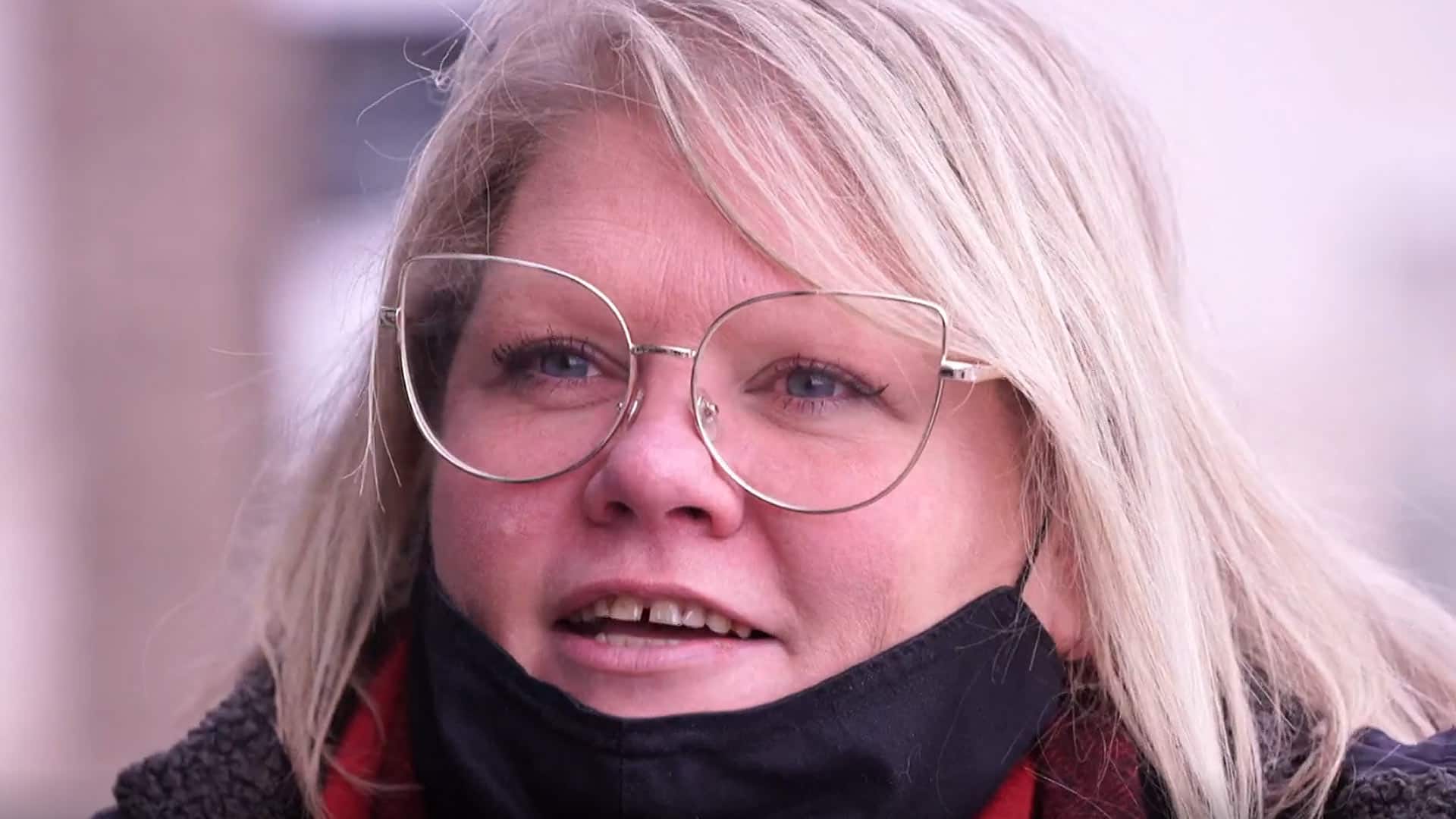 Ann Potter says that the bread Kuzyk delivered made a huge difference during the lockdown.

"I now think of Jen as more as a friend and a family member than just a place I come to shop," Potter said. "That she cared enough to provide that to some of us — it gets you right in the feels."

The result of what Kuzyk did you can now witness outside the bakery, as almost every customer greets her by name and they share a little about their lives.

"I stand in front of the bakery every day because it feels good, feels like where I should be. I want to see every face that comes in that door," she said.

"COVID hits and the world stops. Literally. School stopped," said Karel Peters, who is in her final semester at the University of Toronto.

Peters says she will never forget when the school announced it would close.

"We got an email, all of us. It was almost like a movie scene," she said.

"Everyone looks at their phone at once, and we saw that they were shutting down campus as of that day."

"I didn't picture it this way," she said.

"My parents are immigrants and I'm the first in my family to pursue a university education. And so I was really looking forward to a lot of the milestones that come along with that — convocation and getting that diploma and my parents being there," she said.

Peters' parents emigrated from Jamaica in the 1980s. Her dad worked as an electrician in Cambridge, Ont. With only a high school education, Peters' mom worked at the local grocery store.

"My grandmother, who unfortunately I never got to meet, she couldn't even read. She was illiterate. And my mom, when she came, had to redo her entire high school education because they didn't count anything that she did in Jamaica as equal to what they had here. And so she would tell me the story every time I'd be frustrated about school or not wanting to do things, just to say, like, 'I had to work really hard for you to get this. So I want you to put in that effort,'" Peters said.

When her mom received her Canadian high school diploma she dreamed of continuing her education to train as a nurse, but once Peters was born she says her mom was forced to put that on hold.

And so Peters says her convocation was to be a way of saying thank you for all that her parents had done.

"I feel a lot of guilt when I think about the fact that I'm sad over not getting to have convocation, when there are people dying every day, when we're in the middle of a global pandemic. But convocation for me isn't small, because it's not just for me, it's for my family," she said.

Sometimes it isn't until something is taken away that we realize how important it is. And Peters says the pandemic has taught her how much her graduation means for her family.

"It means everything they went through. Everything they did to get me to this moment was worth it.And I guess despite the chaos that's happening, it still does mean something."

"A year ago when COVID first came to Canada, I was terrified. I was worried that people were going to die," said Dr. Javed Alloo.

The Toronto-based family physician understood better than most the dangers of the COVID-19 virus. He got his start in medicine during the SARS epidemic in 2003, and Alloo's first job out of medical school was in a clinic where the doctor had just died after he'd contracted the disease from a patient.

The experience made him fearful of the COVID-19 virus from the outset.

"I'm still worried that people are going to die in preventable ways," he said.

COVID-19 is a reality that Dr. Alloo faces every day. His clinic is in a neighbourhood with one of the highest rates of the virus in the country.

"In many ways, I think the pandemic has been a truth serum," he said. "It has actually uncovered the truths and faults and gaps in our health care system. And we've had the chance now to try to address those challenges, because we can't ignore them anymore."

One of the gaps Dr. Alloo worries about is that with the focus on COVID, people with other illnesses will fall through the cracks. He has fundamentally changed his practice to prevent that.

Early on in the pandemic he worked hard to get consent from his patients so that he could include other professionals on their online medical visits.

"I now include not just the patient themselves, but their daughter who lives in a different city, their pharmacists, their social worker who might see them once in a while," he said. "And we all talk together about what needs to be done for care.

"I think for my most vulnerable patients, my care has gotten a lot stronger and better because we're working together as a team, as a community to support patients who need it most."

Alloo is concerned that when the pandemic is over, doctors will revert to the old ways of doing things and the COVID-inspired innovations will be lost.

"My biggest worry after the pandemic is they'll go back to the old ways, that they will actually insist on making people trek across cities to get to a medical visit. That they will actually not look for ways of involving the patients and families in their care in an ongoing way," he said.

Saxida is 56 and has lived in a park in downtown Toronto for the past year.

"My dad got COVID from the retirement home that my sisters put him in. He was 84, I believe. He just finished battling cancer," Saxida said.

Saxida couldn't save his father, but ever since he moved into the park he's tried to help others.

In that time he says he's witnessed more and more people move onto the streets, because several of Toronto's shelters have had COVID-19 outbreaks.

"I just put this tent up today for a guy that came in yesterday," he said proudly.

Inside his own shelter, a mixture of tents and semi-permanent plywood structures that can sleep six people, Saxida says he keeps naloxone kits in case someone overdoses.

"I decided to do something positive and build something so I can help other people while I'm out here. Because a lot of people have helped me since I've been out here when I had nothing, nothing, just a suitcase with a couple of pairs of clothes in it," he said.

One thing COVID-19 has demonstrated is how people living in precarious conditions become even more vulnerable during a pandemic.

A recent study published in the Canadian medical association journal, for example, shows that people who experience homelessness have higher rates of hospitalization and death because of the virus than the general population.

Saxida says the pandemic has made living on the street harder than ever. Most businesses are closed, for example, so simple things like finding a place to go to the bathroom can be incredibly difficult and time-consuming. 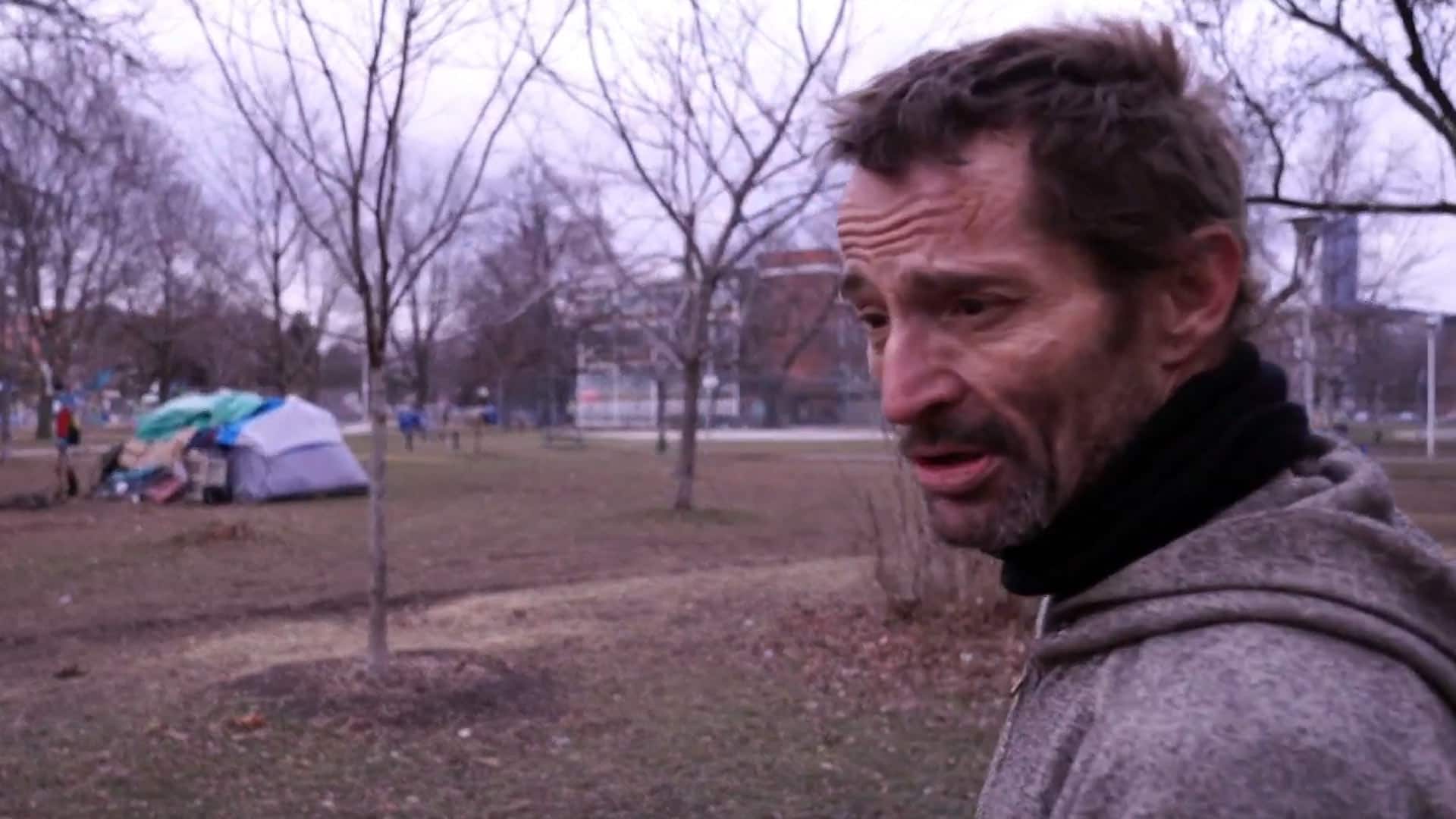 Domenico Saxida describes being homeless during the pandemic

Domenico Saxida shows and describes the tents and boxes where he lives in Alexandra Park in Toronto.0:43

Still, Saxida says there's an upside to the crisis.

"The positive thing that's come out of this is that the public knows what's going on out here," he said.

"The government can't hide it anymore … the government's reluctancy to build affordable housing," Saxida said, waving his hands to point out the 30 or so tents in the park where he now lives.

"This is the result. And the pandemic has brought it to light."

The pandemic has also brought kindness, Saxida says. He thanks the steady stream of people who come to the park and give the residents food and clothing — something that happened much less before COVID-19.

Since the pandemic started about a year ago all, Canadians have been forced to adapt and change to some degree. When the pandemic is over, perhaps some of those changes will be worth keeping.

Watch full episodes of The National on CBC Gem, the CBC's streaming service.

Share
Previous Coronavirus cases in the Philippines rise to 523,516 with 2,109 new infections
Next Veggies as wedding giveaways