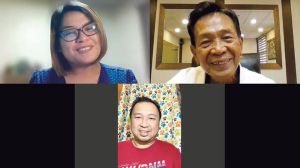 FORMER Commission on Elections chairman and Mandaluyong mayoral candidate Benjamin Abalos Sr. on Wednesday said that he was keen on making his constituents self-reliant and not dependent on ayuda or help.

“Instead of just giving ayudas to the residents, why don't we train them. Teach them how to fish,” Abalos said during a roundtable with The Manila Times.

“We can teach them to make longaniza (Spanish sausage) which can be sold anywhere. They can learn how to be welders, which is a big skill that pays high abroad,” he said.

Abalos is no stranger to self-reliance, having paid for his college education by working as a caddy in the golf course.

“It is only by attaining education that one can help oneself get ahead,” he said, adding he intends to meet with local educators to ensure students will get the best education possible.

Abalos said he will urge Congress and the national government to build public schools to make free education more accessible.

“The uniforms, the tablets at one each per student, the teachers well compensated, that is what is needed. Because in learning can one get ahead,” he said.

“In education one's life status can greatly improve — through proper education. Not all need to be lawyers or doctors, just skilled workers who can help provide for their families. There is a shortage of construction workers here and abroad, and they pay well. There are jobs for ship welders that pay handsomely,” he said.

Abalos, who also once served as chairman of the Metropolitan Manila Development Authority, was the mayor of Mandaluyong from 1986 to 1994. 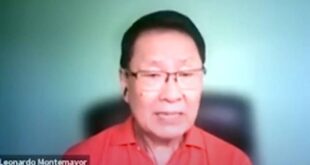