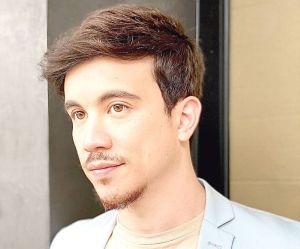 TELEVISION and movie personality Arjo Atayde, who is running for congressman in Quezon City's District 1 in the May 9, 2022 elections, has launched his program called HELP primarily aimed at extending assistance to district residents.

He at the same time ignored apparent black propaganda thrown against him supposedly by his rivals' camps.

“I simply do not mind that propaganda coming from unnamed groups aimed at destroying my name and credibility. My focus is to inform the voters about what I plan to do for the district,” Atayde said in a statement on Tuesday.

He added that the black propaganda, which was reported to him by his supporters, came after latest surveys showed he was leading the congressional race in the city's first district.

“What the families in Quezon City-District 1 need is HELP, not black propaganda. They want help and support, not rumors,” the actor said. HELP stands for health, education, livelihood, and peace and order.

His camp explained that they came up with such a program because it is what the people want.

“When we resume the campaign after the Holy Week break, we will start discussing the specifics of these programs but definitely, these will center on providing HELP,” Atayde said.

If he gets elected, Atayde said, he will focus on partnering with national agencies and local governments to provide livelihood opportunities for the residents.

He also promised to address public transportation woes in the city, improve health care and extend educational assistance to the youth in District 1.