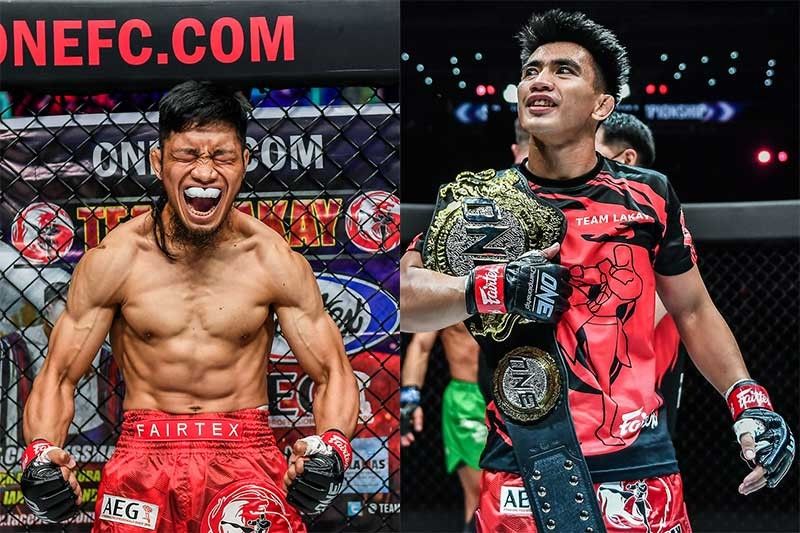 MANILA, Philippines — Team Lakay's Lito Adiwang has been on a meteoric rise in ONE Championship's strawweight division.

Having won nine of his last 10 fights, four of which have been on the main roster in ONE Championship, Adiwang is slowly making his case as one of the top contenders in the weight class.

Pacio destroys Saruta in first round to retain ONE strawweight title

But now, as his teammate Joshua Pacio continues his reign as the champion in the division, Adiwang is not planning on contending for the title.

"We'll cross the bridge once we're there but for me, and for the team, I respect my team, and I look on Joshua as my younger brother, and if it's his time, it's his time," Adiwang said after his win over China's Hexigetu last Friday in ONE: Revolution.

"I don't want to crash in anything there," he added.

While he won't be gunning for the strap until a new champion arises, Adiwang isn't planning on stopping his improvement.

Rather, he plans on being the top -anked contender in the division, and stand in the way of anyone who wants to challenge Pacio for the belt.

That way, Adiwang gets to scout a potential challenger for his teammate's strap.

"The thing now is I'm trying to screen out who's the next top challenger for [Joshua]," said Adiwang.

"If they get past me, then at least we help each other because we saw the strength and the weaknesses of whoever got past me," he added.

For his part, Pacio recently defended his title also in ONE: Revolution in a first-round KO of Japan's Yosuke Saruta in a thrilling trilogy fight.