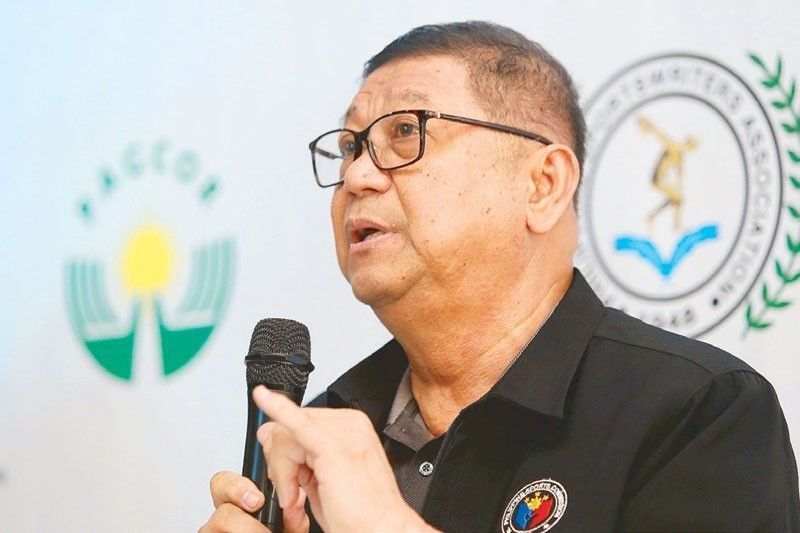 MANILA, Philippines – Philippine Sports Commission (PSC) chairman William Ramirez on Thursday asked the help of the Armed Forces of the Philippines to act against misbehaving national athletes who are also enlisted military personnel.

The signing allows the 117 solider athletes to come out of their respective barracks and train with the rest of the national team competing in international meets like the Tokyo Olympics in July and the Hanoi Southeast Asian Games in November.

“I would rely on the leadership of the chief-of-staff to look at these athletes because in the past, there are abuses of those detailed athletes,” said Ramirez.

Ramirez did not name names but there were some instances that Tokyo-bound boxer Eumir Marcial, who is an Air Force man, ranted on social media about his complaints about his alleged lack of government support.

“It’s really high time for us that, before you are detailed to the PSC and to the NSAs (national sports associations) and to the POC, we have to be assured and we have to be sure that these athletes must behave according to the AFP conduct,” said Ramirez.

“And I would like to give credit to the AFP for producing famous athletes today, most of them part of the AFP like Hidilyn Diaz and many others, meron allowance sa PSC, sumusweldo sa AFP, hindi nakukuha yan ng ibang Filipino,” he added.

Diaz, of course, is an Air Force woman who brought home a weightlifting silver medal from the 2016 Rio Olympics and will make her fourth stint in the quadrennial event in the Tokyo.

Ramirez acknowledged sports officials like himself are partly to blame for these recent issues.

“Me nawawala atleta, nagkaka sponsor, lumalaki ulo. Hindi nila kasalanan yan, kasalanan yan ng namamahala sa atleta tulad ng PSC, POC, NSA, AFP,” said Ramirez. “We have to give emphasis that we can’t just allow these athletes to roam around the world and play for the country and flag and our people not behaving according to the code of soldiery and without code of the Philippine Constitution.

“I’m very serious on this,” he added.

Tolentino, meanwhile, thanked the AFP for allowing the military athletes to represent the country in the international area.

“In behalf of the NSAs availing detailed servicemen, I express my profound gratitude to the AFP by making our athletes available for sports is a battle that brings glory to the country, a battle without the need for swords, guns and missiles,” said the Tagaytay congressman and PhilCycling chief.

“We’re grateful for allowing them to be with us in our battle for friendship and diplomacy, they are our frontliners in sports battle and for that we’re very thankful,” he added.