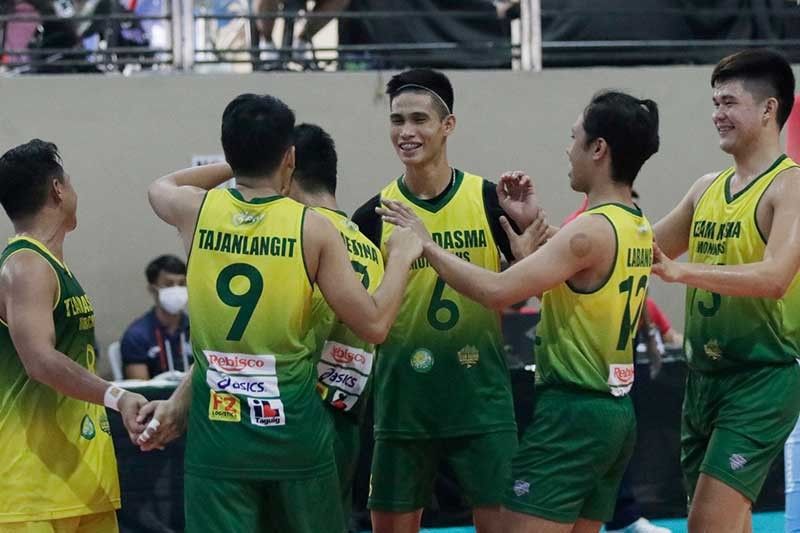 MANILA, Philippines — Making it to the national team is the next big goal for rising volleyball star Mark Frederick Calado.

Fresh off a stellar Most Valuable Player campaign in the first Philippine National Volleyball Federation (PNVF) Champions League, Calado wants no letup in a bid to crack the Philippine men's team lineup hopefully for a busy international stretch next year.

"I'm ready to do everything just to be in the national team. That has always been my dream," said the FEU stalwart after leading Team Dasma Monarchs to a sweet Champions League title with a big upset win over fancied Go For Gold-Air Force in the finals.

"That's what I want to achieve, to compete to the highest level with the national team in international competitons."

At only 21 years of age, the former UAAP juniors MVP indeed has showed immense potential worthy of a possible national call-up with a statement performance in the PNVF that featured a crop of seasoned players and national team members.

On top of his MVP performance, Calado was also hailed as the Best Outside Hitter to lead the Champions League's list of individual awardees.

But first thing's first for Calado before making a run for national team inclusion as he and the Monarchs are set for their own international tour of duty next year.

Along with women's champion F2 Logistics, Dasma has booked a seat for the 2022 Asian volleyball club championsips as the country's representatives.

"We're proud of our players. They worked hard for this so we're excited to play for the country in the club championsips. There's a lot more in store for them in the future," said coach Norman Miguel.