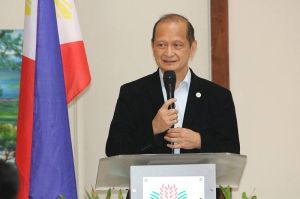 AN agricultural group on Monday said authorities should determine the criminal liability of resigned Department of Agriculture (DA) Undersecretary Leocadio Sebastian and other officials who had a hand in the illegal order to import 300,000 metric tons (MT) of sugar.

Samahang Industriya ng Agrikultura (Sinag) President Rosendo So said the investigation launched by Malacañang should include other officials of the DA and the Sugar Regulatory Administration (SRA) who were responsible for the approval of Sugar Order 4.

So said that in a previous meeting with President Ferdinand Marcos Jr., Executive Secretary Victor Rodriguez and SRA officials, he does not recall that a tacit approval was given to import 300,000 MT of sugar.

“During our meeting, there was no final agreement on the need to import sugar, as the SRA has yet to hold consultations with other stakeholders such as the producers, retailers, distributors and repackers,” he said.

So also called for an inquiry into the sudden surge in the retail price of sugar, from P70 per kilo two weeks ago to P100 per kilo as of August 12.

He said the directive given to the SRA was to conduct consultations to determine if there is an actual shortfall of sugar that would merit importation.

He said Sebastian signed the importation order without the approval of Marcos, who, as DA chief, is also the chairman of the SRA.

“The instruction of the executive secretary and the President's office is to determine carefully why the price of sugar suddenly increased. The SRA should have talked first with local producers to determine why there is a sudden surge in the domestic prices of sugar,” So said.

The President said there might be a need to import about 150,000 MT of sugar come October.

So said Marcos and Rodriguez urged local stakeholders to communicate with the DA “to determine if there is food shortage,” referring to the supply of pork, chicken as well as white onions.

“We were instructed by Executive Secretary Rodriguez that we should monitor the price of not only sugar but also pork and chicken, and to keep it affordable,” So said.

“The price of white onions is high and that is a problem, but we have enough supply of red onions,” he said.