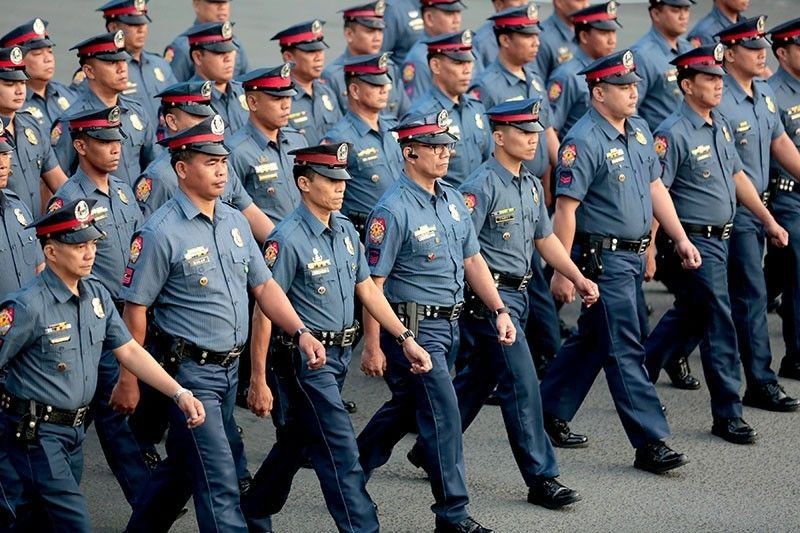 MANILA, Philippines — Recent killings in police operations add to a death toll that only highlights the need for reforms within the national police, a progressive group said Wednesday.

On Sunday, joint police and military forces serving 24 search warrants throughout Calabarzon killed a total of nine activists and labor unionists. All of them, police said, violently resisted arrest and prompted them to use force.

Monday evening saw the ambush-slay of Calbayog City Mayor Ronaldo Aquino at the hands of local cops whom witnesses say were in uniform but were wearing bonnets. The 58-year-old Aquino, on his third and final term as the city's mayor, is the 18th local chief executive to be killed during the Duterte administration.

"There is a clear pattern of impunity rooted in the culture of violence and corruption deeply ingrained in the PNP institution, made worse by the violent rhetoric spewed by this present administration," Rosales said.

"Is the PNP now a full-fledged killing machine? The PNP's list of abuses under this administration is long and horrific. From the 'nanlaban' poor to the activists, soldiers, fellow anti-drug enforcers and government officials, the police force has been accused of killing almost everyone. Instead of acting like a professional civilian police institution, it is more and more becoming the country's biggest mercenary force."

At the end of February, personnel of the PNP and the Philippine Drug Enforcement Agency figured in a gunfight outside the Ever Gotesco Mall along Commonwealth Avenue in Quezon City on Wednesday night, resulting in four deaths. Both agencies have asserted that they were taking part in official and coordinated operations.

In the same month, Justice Secretary Menardo Guevarra, reporting at the 46th Regular Session of the UN Human Rights Council, disclosed that according to initial findings of a review led by his department, personnel of the national police did not follow their own procedures on validating whether "drug personalities" killed while supposedly violently resisting arrest really did so.

Rosales, a former chairperson of the Commission on Human Rights, pointed out that past incidents of police killings and abuses cannot be simplified as "mistakes" and "isolated incidents."

She said that while she believes there are still honest and trustworthy officers of the law, no less than "deep-cutting institutional changes" are needed to reform the police force.

Akbayan listed a number of reforms that must be seriously implemented within the PNP organization, including:

RELATED: 'Isolated incident': Despite Tarlac killings, no policy changes in PNP ahead

"The PNP needs to undergo a full and unconditional structural revamp. We need a new normal police force to replace the old, broken, corrupt, and abusive system of policing in the country," Rosales said.

"No matter how frequent PNP Chief Debold Sinas does his zumba sessions, it will not rebuild the tarnished reputation of the police. Only through a professional, community-based, rights-oriented, and corrupt-free police institution can we strengthen our judicial institutions and keep our people safe. This is the new normal police force that we need," Rosales said.

The PNP's own operational procedures, which are public documents available on their website for anyone to access, prohibit the use of excessive force.

PNP leadership has made clear its disagreement with and rejection of similar criticisms, saying in the past that no culture of impunity exists within its ranks.

Police Brig. Gen. Ildebrandi Usana, PNP spokesperson, has even said that extra-judicial killings did not exist.

The Presidential Commission for Human Rights has backed these sentiments, saying concerns of abuse were only fabricated by the national government's political enemies.

President Rodrigo Duterte—who has historically defended and even cleared police officials facing controversies—continues to issue the same marching orders: "If the enemy is holding a gun, kill them. Kill them right away…Ignore human rights. That is my order. I’ll be the one to go to jail. No problem."

In a separate statement later Wednesday, Sen. Francis Pangilinan called for an independent and credible investigation into the killing of Calbayog City Mayor Ronaldo Aquino by the National Bureau of Investigation.

"It seems like the police have a story right away so that they are not the ones to blame for the killings and human rights violations that are happening now," Pangilinan said in Filipino. "So we are pushing for a thorough and fair investigation to punish the culprit and achieve justice for the victims."

"The stark truth stares at us: No one else to blame for the killing spree (of drug suspects, lawyers, former and incumbent LGU officials, media practitioners, non-combatant activists and HRDs), but Duterte himself. He's the instigator or driving force behind the spate of violence and assassinations unparalleled in modern PH history," Sen. Leila de Lima, who herself formerly chaired the Commission on Human Rights, said in a separate statement.