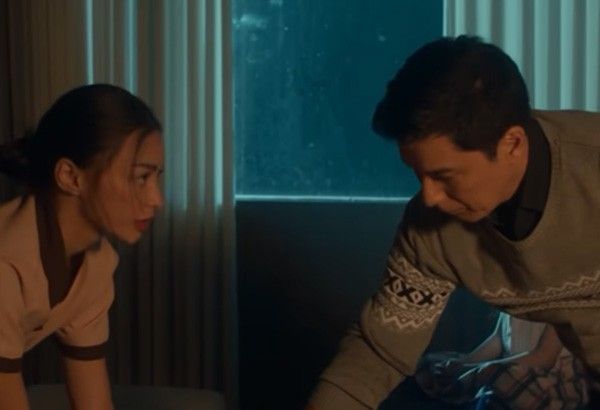 MANILA, Philippines — Actor Albert Martinez revealed how he handled his sexy scenes with Kylie Verzosa as compared to his '90s co-star Joyce Jimenez.

During the recent virtual press conference for their new movie “The Housemaid,” Albert said he’s more careful with his scenes with Kylie than with Joyce.

“Si Joyce compared to Kylie, as far as the scene is concerned, mas inalagaan ko si Kylie. I was very, very careful. That’s why we did 'yung rehearsal namin, we talked about it. Ginawa naming precise. Kumbaga choreographed 'yung scene,” he explained.

“Kasi the way we did it with Joyce, it was totally different. We were given a scene, there was a camera and the director said, ‘Okay do this position and the movements and the rest is yours.’ So ganu'n 'yung ginawa namin with Joyce. With Kylie, it’s totally orchestrated,” he added.

Daisy succeeds in building rapport with the young child, but that’s not all. She gets the attention of her boss as well. William begins to secretly flirt with Daisy, enticing her with glasses of wine and his piano playing, and they eventually begin a sexual relationship.

Directed by Roman Perez, “The Housemaid” will start streaming in Vivamax on September 10 and will be shown in United Arab Emirates starting today, September 9.