More than 1,000 people have now died from COVID-19 in Alberta, though active cases have continued to follow a downward trend over the past five days.

The declining case numbers seen over the holiday season are, in part, due to the fact that laboratories have performed fewer tests in recent days, Dr. Deena Hinshaw, the province’s chief medical officer of health, said at a news conference on Monday.

Yet despite the drop in active and new cases, the number of people being treated in hospitals for the illness has not declined.

Hinshaw provided case numbers for the most recent five-day period.

That brings the death toll since the pandemic began to 1,002.

As of Monday, the province had 15,487 active cases, while 878 people were being treated in hospitals for the virus, including 148 in ICU beds.

Hinshaw characterized Monday’s update as “difficult,” given that she had to report 112 deaths had been added to the total over that five-day period.

Fewer tests over the holidays

It will likely take several weeks before the trend of declining cases is reflected in the number of deaths and hospitalizations and ICU admissions, she said.

“We know that things like deaths, hospitalizations, ICU, those are what we call lagging indicators, because they do happen at a delay of one to two weeks after we start to see our case numbers change,” she said.

“So we would expect that those numbers would take longer to start to come down than our case numbers.”

WATCH | A doctor’s account from an Alberta ICU during Christmas: 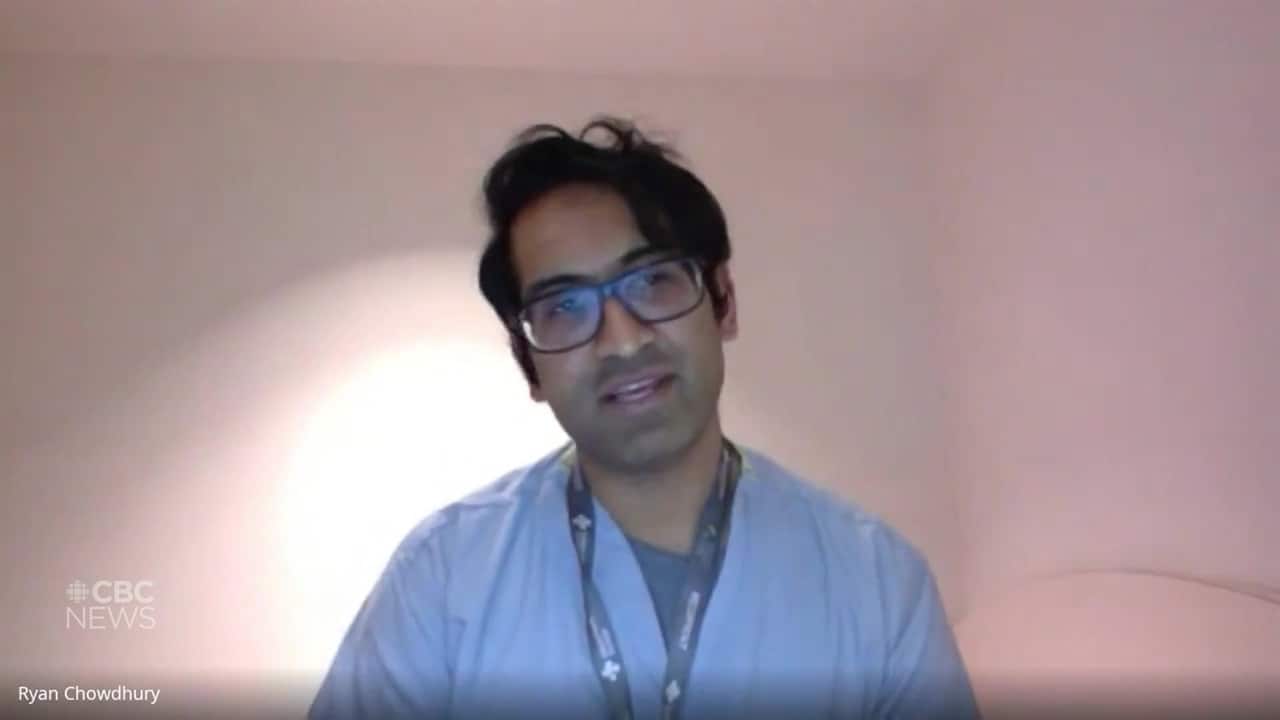 A doctor’s account from an Alberta ICU during Christmas

Dr. Raiyan Chowdhury is an intensive care physician at the Royal Alexandra Hospital in Edmonton. He shares what it’s like working in an ICU during Christmas.0:44

Over the holidays, fewer people went to testing centres, she said, so the lower number of tests would translate into lower numbers of positive cases.

The positivity rate over much of that five-day period shifted between six and seven per cent, but jumped to more than nine per cent on Dec. 27, she said.

The province’s top public health doctor announced that Alberta has reported its first case of a new variant of the virus, first seen earlier this month in the United Kingdom.

“It is important to remember that the public health measures in place are protective against this variant, and the best thing we can do to protect each other is to follow them,” Hinshaw said.

“Following public health measures is in part also contributing to our declining cases.” 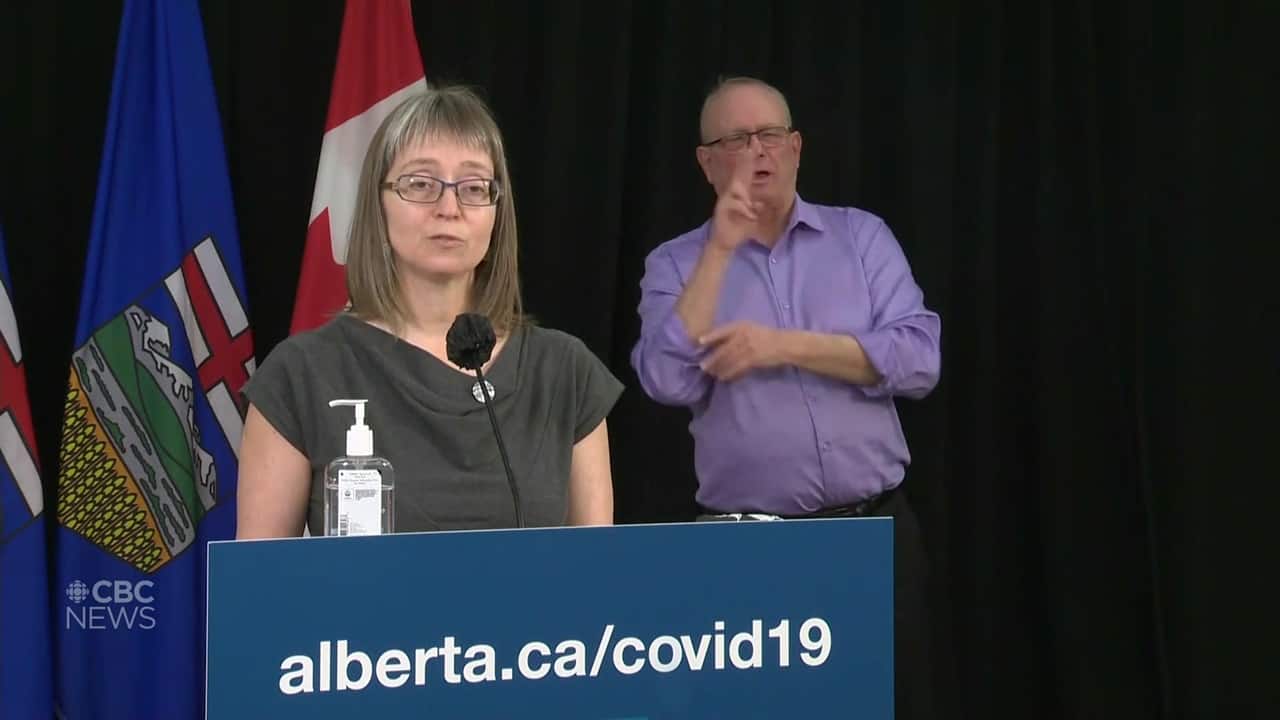 Alberta traveller who tested positive for the COVID-19 variant did “everything they were supposed to do,” says Alberta’s Dr. Deena Hinshaw.2:15

There is some evidence that the variant may be more infectious than other strains of the virus, she said, but there is no evidence that it has spread in the province beyond that single case.

“We are working with the Public Health Agency of Canada to be able to get the flight details and the list of individuals who were on the same plane,” Hinshaw said.

“There’s a time delay between when that individual arrived and when the symptoms began, and so it’s something that’s a theoretical possibility of transmission … at the moment, we have looked at the situation and believe that the risk is very low, but we will be making those phone calls to make sure that we are providing that additional information to anyone who may have been seated near this individual on the flight.” 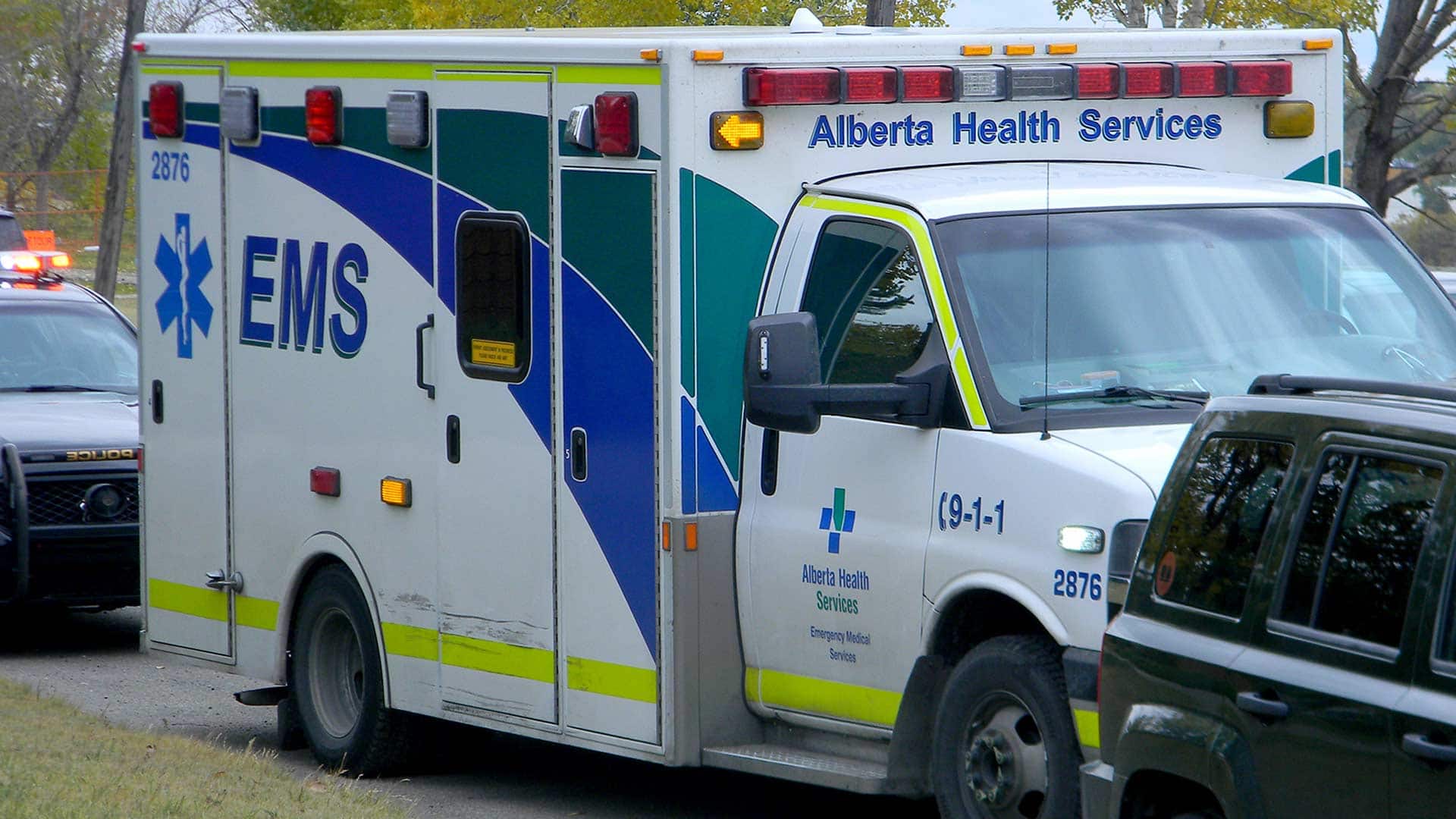 Paramedics in Alberta say the uncontrolled nature of their work as first responders should give them high priority for COVID-19 vaccines, while dentists in British Columbia want to be among the second round of health-care workers to be vaccinated.1:48

The encouraging downward trends reflect the collective actions taken by Albertans over the past two weeks, Hinshaw said.

“We must remain attentive to the orders in place and continue to follow them closely to make sure that we don’t see a spike in mid-January that ignites a dangerous spread in 2021.”

Alberta Premier Jason Kenney issued a statement calling the death toll a “tragic milestone” and said those 1,002 people were mothers, fathers, husbands or wives who will be mourned and missed.

“But even as we reach this painful milestone, there is reason for hope,” Kenney said.

“As of today, more than 6,000 Albertans have received their first vaccine doses. We can see the light at the end of the tunnel. And so on this grim day, I ask all Albertans to double down on our public health measures. Let’s prevent as many Albertans as we can from experiencing the same pain and loss that so many already have.”

NDP Official Opposition deputy leader Sarah Hoffman offered her condolences to the families and friends of those who have died of COVID-19.

“We continue to call on Premier Jason Kenney and the UCP to do more to prevent the spread and further tragic loss of life,” Hoffman said in a statement.

“We need more staff in Alberta’s continuing care centres, we need an actual plan for school re-entry in January and we need updated modelling on COVID-19 so that we have the facts and transparency on the risks we face as this pandemic carries on.”