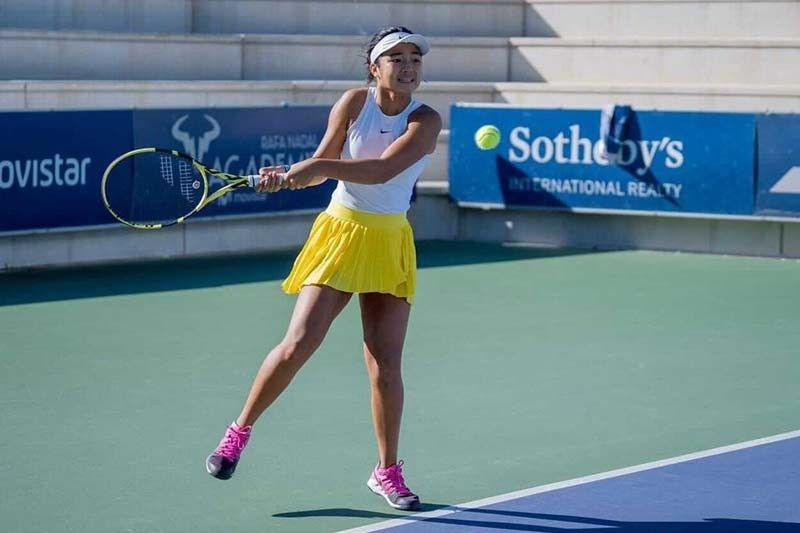 MANILA, Philippines — Alex Eala is off to a winning start in the ITF W25 Manacor in Spain after besting Swiss foe Simona Waltert in the first round on Wednesday.

Already her fifth pro tournament of the year, Eala eked out a straight sets victory against Waltert, 6-1, 6-4, to move on to the next round.

The Philippine wunderkind would take a strong start to the contest, with a dominant 6-1 win in the opening set to put momentum on her side.

But the 20-year-old Waltert remained unfazed going into the second period, taking the early 2-1 lead over Eala.

The Filipina held her serve and took a break point to snatch the advantage, 3-2, but would fail to hold momentum.

Waltert would go on to take back the lead, 4-3, but a crucial back and forth win on Eala's serve and a break in the ninth game enabled Eala to take control anew.

Buoyed by her comeback effort, Eala held her serve in the tenth game to claim the victory.

She will face the winner of the match up between tournament third seed Jana Fett and Diana Marcinkevica.