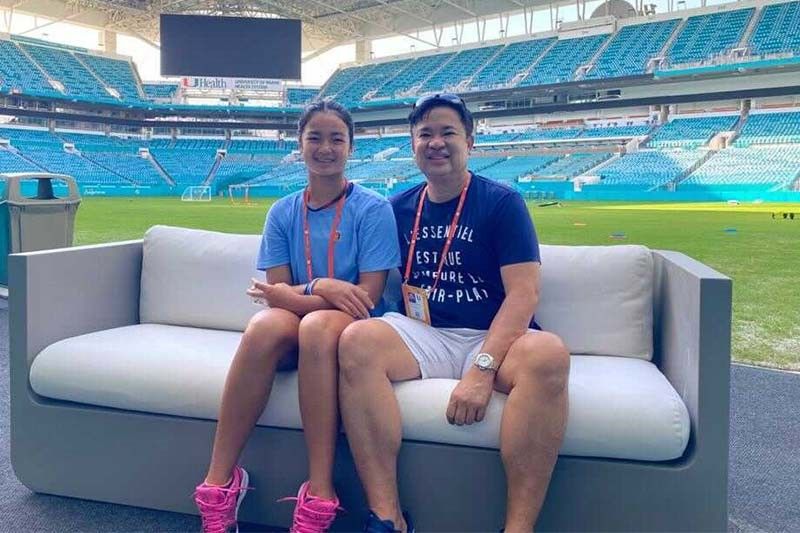 MANILA, Philippines — Being a scholar in the Rafa Nadal Academy in Mallorca, Spain, Alex Eala is mostly away from her family.

That is why the 15-year-old was more than exhilirated that in arguably the biggest moment of her career, she was able to share it with the ones who have been supporting her from the very beginning.

Playing in her first WTA tournament in the Miami Open, Eala enjoyed the personal company of her parents, who were fortunate enough to be able to fly to Florida.

Speaking to the Philippine media earlier this week, Eala revealed how big of an impact her parents' presence was in her first experience at a tournament as big as the Miami Open.

"It means the world to me that my parents can both be here with me, this is obviously the biggest tournament I've played in my whole career," she said, a day after her three-set loss against WTA No. 104 Viktoria Kuzmova in the qualifiers.

"I'm really happy that I got to share it with them," she continued.

Her father, in particular, was able to join Eala within the event bubble in Miami and supported her every step of the way.

It was a welcome change in pace, after her family missed a number of her tournaments — including the one where she won her first-ever professional title — due to the travel restrictions brought about by the pandemic.

"Lately, now that I'm in Spain and with COVID they haven't been able to watch a lot of my matches and be with me during competition," said Eala.

Fresh from her biggest tournament in her young career, Eala will now be heading for Switzerland where she will be making her debut in a $60,000 tournament in the ITF Tour.