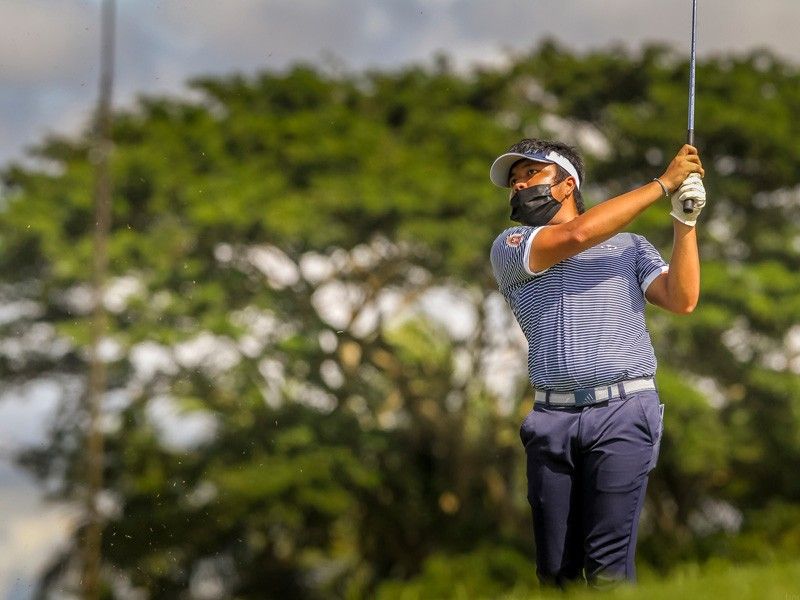 MANILA, Philippines – The men and women of the tour set out for the ICTSI Eagle Ridge Challenge beginning Tuesday at the Aoki course, hopeful to shrug off any trickle-down effect on their rhythm coming off a long layoff for a stab at glory in Philippine Golf Tour’s return to the mainstream.

But nobody comes into the PGT event with as much confidence and poise as the young Ira Alido, who broke at least a couple of failed bids by dominating the elite field by nine for his breakthrough victory at Riviera last December.

“I think my advantage is I’m playing with a high level of confidence,” said Alido, who nevertheless remains wary of the field beefed up by the presence of three Del Monte aces, who missed the Tour’s return after an eight-month hiatus due to pandemic at Riviera due to quarantine restrictions.

"We're all a bit rusty but it's nice to be playing at home again," said Tabuena, who tied for seventh and 11th in the two Riviera events. "It will be hard because we have not played tournament golf for quite some time but it's the same for everyone. So I guess that if I just play my best at the end of the week, I'll have a chance."

Alido faces an early test as he drew Que in the 7:50 a.m. flight on No. 1 with Rupert Zaragosa behind Lascuña’s group composed of Bayron and Quiban while Tabuena takes on Jaraula and Jahns in next group at 8 a.m.

Mondilla, who snatched the PGT Asia Pradera crown in early 2020 before the pandemic, launches his drive at the back at 7:30 a.m. with Albin Engino and Jed Dy, one of the amateurs earning spots in the event along with Jolo Magcalayo and Laurea Duque in the LPGT side.

Superal, meanwhile, gets to test Constantino and Avaricio at 7:10 a.m. on No. 10 behind Del Rosario, who is paired with Uy and Mariano.

The long hitters could well make take advantage of the 6690-yard Aoli course but Alido warns of the various challenges lurking around the rolling wind-raked layout, where a slight mistake could lead to high scores but where accurate shots could pave the way for desired results.

“The long and accurate will also have the edge here but one has to play it smart because the course is tough in the presence of the wind. The greens are also very tricky,” added Alido.

The organizing Pilipinas Golf Tournaments, Inc. put up a couple of bubble tournaments at Riviera late last year to mark the circuit’s restart with Lascuña and Alido along with Superal and del Rosario splitting top honors in their respective sides.

The Games and Amusements Board also cited the PGTI’s strict compliance with the government’s health and safety protocols and readily endorsed the staging of more pro golf events.

But the PGTI desired to put all the measures in place before kick-starting the new season in new normal with two of Eagle Ridge’s four championship courses conforming to the former’s standards and norms, paving the way for the staging of the two-part tournament at the country’s biggest golfing facility in Gen. Trias, Cavite.

The ICTSI Eagle Ridge Championship, which will also feature the PGT and LPGT, will be held March 23-26 at the Norman course.