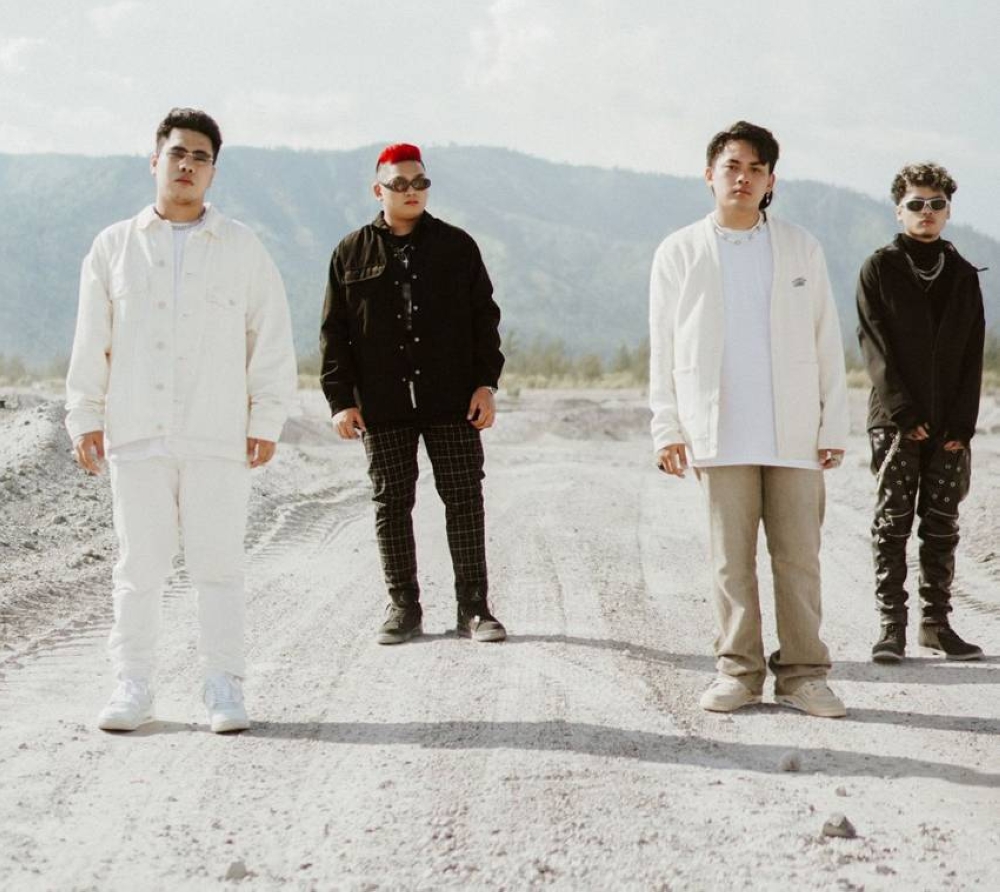 ALLMO$T established themselves as one of the biggest rap groups inPinoy pop today.

It's a long way from “Dalaga” for viral hit rap group ALLMO$T.

Nearly four years after breaking big into the Pinoy rap music scene with their gigantic viral hit, the rap music quartet is as productive as ever.

The group-rappers Crakky and Russell, hook singers Clien and Jom — have since followed up “Dalaga” (one of the most memed Pinoy rap tracks in recent memory) with a handful of hits that include “Miracle Nights” and “Bagay Tayo.” The latter has even surpassed “Dalaga” in streaming numbers – over at Spotify at least – which in the least, is saying that ALLMO$T is no flash in the pan.

Far from it, ALLMO$T has since established themselves as one of the biggest rap groups in Pinoy pop today. With fan-fave hits such as “Sasamahan Kita (Araw-araw Ng Puso),” “Social Media (Damn)” and “Buti Ka Pa Masaya Na.”

To date, they have close to 200 million streams on Spotify alone. Factoring in YouTube views, ALLMO$T is estimated to have almost half-a-billion listens and views.

“When we release songs, we're not thinking of it becoming viral because it would just lead to anxiety. Kung ano yung gusto naming mai-express ng kanta, yun ang gusto namin ipakita sa mga tao,” the group said on how they kept themselves authentic.

And they're just getting warmed up. In fact, the group has just released a brand new original titled “Larawan.” And the new single is their most tuneful yet.

“The new song is an '80s retro-vibed tune that catches the ear right away at the onset as it takes the listener along ALLMO$T's own nostalgia about days gone past and a love that went away.”

Not only reminiscing about loves and feelings that have gone, the new song also has surprising bent for the rap group as it's injected with themes of social relevance. With environmentalism to be exact. As the flashbacks of days gone past referred to in “Larawan” not only refers to a someone, but the beauty of a place that has since faded.

ALLMO$T's message is “Don't take nature and the planet for granted. Consider the consequences if we don't protect it.” And just to drive the point further, it's right there in the accompanying music video that ALLMO$T and Viva Records produced for “Larawan.”

Directed by Aaron Maagma, the new music video was shot in San Marcelino, Zambales, in the parts affected by Lahar some two decades ago. And while Crakky, Russell, Jom and Clien looked utterly cool on the video, the setting did add to the post-apocalyptic backdrop director Aaron Maagma was trying to put across to underline the message when “pictures are the only thing left and reminiscing joyful moments are solely what's left in a deserted place.”

So, what better way to put out a very important message than coating it in the most attractive sounding music possible?

And ALLMO$T did exactly that.

From college buddies, to a prolific rap group from the shores of Olongapo, Russell Dela Fuente and Angelo Luigi “Crakky” Timog both shared a passion for the local hip-hop scene. Soon after, an addition to the group whom they invited and met virtually are Jomuel “Jom” Casem (who lives in Canada) and Clien Alcazar (in Italy) joined and later became the one and only ALLMO$T.

The group is widely known for staple songs such as “Miracle Nights,” “Dalaga” and “Bagay Tayo.” These tracks in combination garnered them with close to 200 million streams.