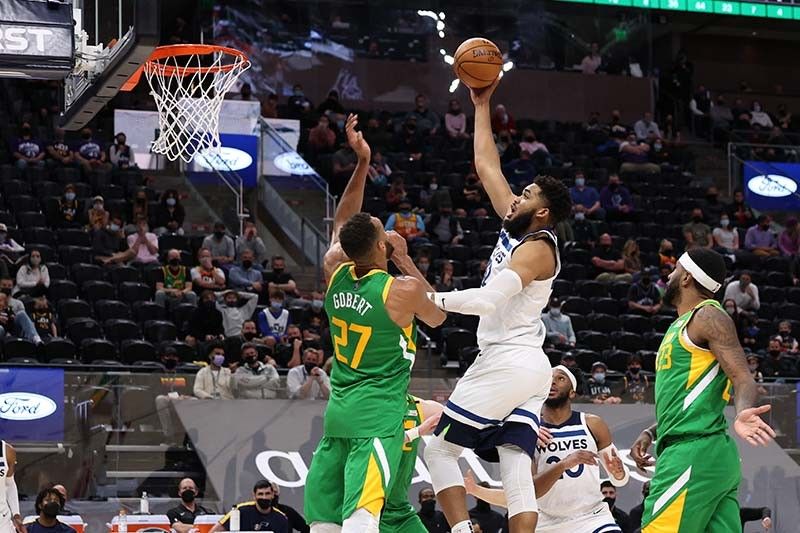 Already eliminated from playoff contention, the Wolves still looked to play the role of spoiler for a lot of playoff chasing teams with the upset against a Jazz side who were still missing Donovan Mitchell.

The Wolves battled back from as big as 17 points to steal the win from the Jazz on the road.

A big second half from Minnesota enabled them to come back and lead by 11 points in the middle of the fourth salvo.

While the Jazz would regain the lead with a triple from Bojan Bogdanovic, 93-92, with 3:41 left in the game, a flurry of empty possessions from the three point line enabled the Wolves to get back on their feet.

But two clutch free throws from Josh Okogie sealed the win for the Wolves.

Elsewhere, the Dallas Mavericks rallied back from 15 points with a huge second-half effort to beat the Los Angeles Lakers, 108-93.

Led by Luka Doncic, the Mavs swept the Lakers in Anthony Davis' first two games back after a long layoff from injury.

Doncic, who was swarmed by the Lakers' defense, had to find another offensive option to beat LA, and he did in Dwight Powell.

Powell had a season-high 25 points to help the Mavs to the win. Doncic, for his part, had 18 points and 13 assists.

In other games, the San Antonio Spurs squeaked past the New Orleans Pelicans, 110-108.

The Miami Heat, for their part, won their fourth game in five outings after a 106-101 victory over the Chicago Bulls.

The Denver Nuggets also tallied a win after a 129-116 beatdown of the Houston Rockets.

The Indiana Pacers, meanwhile, pushed past the Detroit Pistons, 115-109.