Share
The program teaches young people about insect monitoring, identification, preservation and the ecosystem of the North while taking an inventory of the thousands of insect species in the region.

It was a cloudless midsummer day in 2019 when Siaja Parceaud-May noticed a Booth's sulphur butterfly that had some "noticeable differences."

She was about an hour north of her home community of Kuujjuaq in Quebec's Nunavik region with a team of entomologists and researchers from the Montreal Insectarium, learning how to identify and collect butterflies.

Along a sandy, cleared ridge toward Ungava Bay, she spotted the peculiar critter that would be sent to Montreal for further analysis.

Her hunch turned out to be right. More than a year later, insectarium director Maxim Larrivée wrote to her — confirming that she had discovered a new subspecies of Colias tyche.

To her surprise, it would be named in her honour: Colias tyche siaja.

"I was alone at home when I found out and I was jumping. It's kind of like one of my dreams come true," said Parceaud-May.

"It's kind of a sign that there may be other species that we don't know about."

This discovery was one of the first as part of the Nunavik Sentinels program, a community science project and training program with the Montreal Insectarium that gives Inuit and Cree youth ages 12-30 employment and learning opportunities as they document the natural world around them.

And after in-person activities were cancelled for the last two summers due to the pandemic, program co-ordinator Amélie Grégoire Taillefer is looking forward to resuming field work when she travels to Chisasibi, Que., this month.

Launched in 2019, Grégoire Taillefer says the program teaches young people about insect monitoring, identification, preservation and the ecosystem of the North while taking a much-needed inventory of the thousands of insect species in the region.

"Even though we think of black flies and mosquitoes when we think of northern Quebec, there are many, many other groups of insects that go incognito," she said.

She says discoveries like Parceaud-May's allow scientists to assess the consequences of climate change on insect fauna and, alongside Nunavik communities, outline the actions to be taken to help communities prepare for "shifts."

Parceaud-May, 31, now helps recruit other youth into the program. She says it's easy to see how the environment around her is changing.

"Because insects have a very short lifespan, their lifecycle is directly influenced by factors such as temperature and the amount of snowfall. The diversity of insects and other arthropods is essential to the balance of the ecosystem and invaluable to humans," said Grégoire Taillefer.

She says that's part of why it's important to educate young people about the importance of ecology.

In Chisasibi, Grégoire Taillefer will train some of the new insect collectors and meet with teachers who are taking part in this program, such as Krishna Rodriguez, a teacher at Waapinichikush Elementary School.

Rodriguez found the Nunavik Sentinels program when she was looking for science activities for her students and thought it would be a good fit for her Grade 6 class.

"COVID really affected them because kids are in their homes, they're not going out," said Rodriguez. "I just felt like we live in nature, but there's a disconnect with nature. And I wanted to kind of see if I could just instil that bit of curiosity or a bit of love for going back outdoors."

Although student interest in insect research was limited initially, after participating in some activities, conducting their own research and receiving videos and feedback from Grégoire Taillefer about their discoveries, Rodriguez says she noticed a change in their attitudes.

"Instead of killing them, they would start calling me so I could take pictures of the bugs… I noticed they started walking around the playground looking for bugs," said Rodriguez with a chuckle.

"I always leave my cell phone on the desk, and if I was in the washroom I would come back and I would see bugs on my cell phone," she said. "That's what I wanted to instil in them, that sense of curiosity."

WATCH | Nunavik Sentinels program is back in northern Quebec this summer:

Nunavik Sentinels challenge misconceptions about the Arctic and help youths connect with their land. 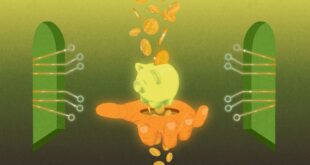