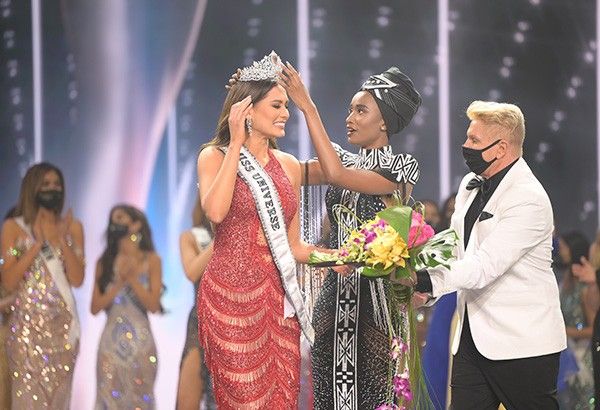 MANILA, Philippines — I've said it many times before, but I'll say it once more — the Miss Universe competition is the most glamorous job interview!

Yes, you read it right. It is a job placement couched in the dynamics of a beauty pageant. And not just your usual pretty face with the curvaceous body, but an empowered woman of elegance, wit, a heart for humanitarian causes and espousing crusades of her own. It's quite a tall order for a job position that lasts for 12 months (well, less in some years and more in others). Her prize money is prorated, usually, for 12 months to serve as her stipend/salary during the course of her reign.

Employee of the Year

The minute a winner is proclaimed, her job begins. She is whisked off to New York and live there for a year and work as the organization's spokesperson.

"She is a diplomat! A Miss Universe is someone who is real, who is relatable. It has nothing to do with height. The Miss Universe, once she lives in New York, doesn't model; that's not her job. By the way, that is why girls do not make it to the Top 20. Interview is important – you are a spokesperson, you are the face of the company. You have to speak, not model. Stop with the height stuff," reiterated pageant coach and show choreographer Lu Sierra in an interview.

A Miss Universe must have a strong social media presence for her to reach the most number of people, which she could not normally accomplish in person, especially in a global pandemic where movement is highly regulated.

Because she is a social figure, and a sought-after one at that, a Miss Universe's events calendar is filled to overflowing. Which means that in any given day, she could be on her feet from morning 'til evening. And since she can't always go to a salon for appointment, especially in unannounced appearances, she must be a styling and grooming expert, who can do her hair and face in a huff.

This is the reason why the closed-door/panel interview weighs 60% in determining who lands in the first cut – the semifinal round. This year, it is, 20 + 1 from the online votes.

When interviewed who he thinks deserves to wear the Mouawad crown, Chief Executive Officer and founder Fred Mouawad said that she must have the passion, skill and the drive to continuously learn and make a positive impact.

"She must have the ability to connect with an audience and charm them with elegance, intelligence and beauty. One with high moral values and ethical standards, and has the willingness to devote time to learn about and support causes that make the world benter," he added.

A Miss Universe must be effortless in convincing its many benefactors to shell out funds for its coffers that would be used in its overhead and.outreach expenditures.

Because of her many associations with persons she meets, both natural and juridical, a Miss Universe, after her reign, is assured of a steady flow of work and/or career options. Because of her unique skills set and experience, she could easily be a product endorser, a spokesperson for causes other than her own, a fashion model for a luxe brand, a resource person, a lecturer, trainer or coach (like Samantha Bernardo), and a bevy of other opportunities that would prove to be limitless.