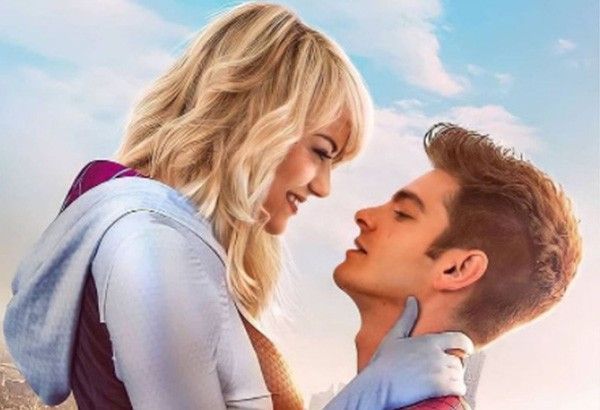 MANILA, Philippines — Andrew Garfield's cameo in the hit movie “Spider-Man: No Way Home” was so confidential, he even had to lie to former co-star and ex-girlfriend Emma Stone about it.

Andrew shared, “Emma [Stone] kept on texting and she was like, ‘Are you in this new ‘Spider-Man’ film?.' And I was like, ‘I don’t know what you’re talking about'."

Garfield said at no point leading up to the film’s release did he tell Stone the truth, adding, “And then she saw it. She was like, ‘You’re a jerk.’ I didn’t want to tell anyone. I took it super seriously. I told no one.”

Garfield and Stone were a couple from 2011 to 2015, and have remained friends since their split.

About reprising the "Spider-Man" role, Garfield also told Variety recently, “I wasn’t expecting to ever have a conversation again about potentially playing Peter Parker. I felt very excited to just to be a fan again. But I got this call from Amy Pascal and Kevin Feige and Jon Watts with this idea. It was immediately undeniable. It sounded incredibly fun, incredibly spiritual — trippy and thematically interesting. On a base level, as a Spider-Man fan, just the idea of seeing three Spider-Men in the same frame was enough.”

RELATED: 'I worked so hard to keep it secret': Andrew Garfield on 'Spider-man: No Way Home' casting