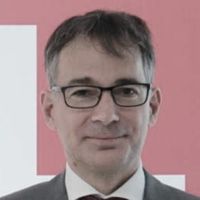 Christmas here in the Philippines has been unique, to say the least. With the Christmas season starting as early as September and extending to the rest of the -ber months, I now know why Filipinos celebrate “the longest Christmas in the world.” As for me, my usual memories of December involve snow-capped landscapes, various winter activities, visits to Switzerland’s famous Christmas markets for gift ideas (both early and last minute) and, of course, the numerous family gatherings that I have to attend.

One of my favorite things to do in the season would be to take in the decorations that help usher in the festive mood. I especially find the angels to be the most interesting ornament that you commonly find wherever you go. This is because for me, the angel brings a spirit of hope for the season, especially as the days go from Christmas to the New Year. I also believe that the angel symbolizes a sense of optimism, similar to the Christian stories that tell us that an angel announced the birth of Christ.

These symbolisms actually are what led us to organize Angels for Angels, our Christmas Solidarity Action last year at the height of the pandemic. Solidarity is a key part of the Swiss identity, as evidenced by the numerous humanitarian organizations that call Switzerland home in one way or another. The idea of selling upcycled Nespresso capsules – with the coffee invention as a symbol of innovation and the commitment to sustainability also both being integral Swiss values – to help a community negatively affected by the pandemic seemed like a great initiative for us to mount. Together with Ayala Malls, our partner last year, we were able to raise P1,000,000 for the Negrense Volunteers for Change (NVC) and the International Bazaar Foundation, who fund projects focusing on education.

Seeing the possibility to once again create a positive impact on the lives of those that need help the most, we thought about launching the project again this year. Our efforts have resulted in a bigger project, given the number of organizations and partners we were able to collaborate with.

This year, Angels for Angels is not just supporting one or two communities, but seven! These seven communities from around the country each have a different story to tell. We were able to get in touch with these communities through SPARK Philippines, one of our partners. One of the communities for example, are Persons Deprived of Liberty (PDLs) from the QC Female Dormitory. Another community, KILUS Foundation, from Pasig, is composed of single mothers who advocate for waste management and other environmental programs.

They are also responsible for crafting nine different angels, made from various sustainable materials. Even the materials they use to produce these angels reflect the identity of the community. HABI, the Philippine Textile Council, for example, worked with women weavers around the country to make colorful and unique angels from used textile scraps.

The Progressive Ladies’ League, a women’s organization with members around the country but calls Taguig home, chose water hyacinth to make their angels. Water hyacinth is abundant in Taguig. So much so, that they are usually viewed as waste. The organization chose to turn this waste into an opportunity with their idea to turn water hyacinths into amazing Christmas ornaments.

This project, more than aiding the women producers whose lives have been upended by the pandemic, supports the community in another way. By working with these inspiring individuals, we have the chance to provide more opportunities to their community, be it in the form of financial aid through the livelihood the project creates or the recognition of creativity and talent in how they produce the angel. This empowers the individuals involved to take action and maximize the benefits of the project – something that the Swiss embassy actively encourages.

To sell these angels and to further the Christmas spirit, we partnered with SM Supermalls to put up Christmas trees in seven of their premier malls – Megamall, North EDSA, Mall of Asia, The Podium, Aura Premier, Seaside City and Lanang Premier.

The last two malls being outside Metro Manila is a testament to how the project has gone nationwide. The aforementioned Christmas trees are adorned with the angels made by the communities closest to them in order to emphasize how sustainability is also a key theme of the project.

Aside from the angels themselves, we also tapped Stephanie Kienle-Gonzales and Jessica Kienle-Maxwell, two Swiss-Filipinas who run Philux, a leading furniture company here in the country, to help design our Christmas trees. These two wonderful women embodied the attention the Swiss give to design while also getting massive inspiration from the Filipino style. Our Christmas tree at the Swiss residence actually was inspired from the materials that they chose for the trees at the SM Malls.

I am also happy to say that more companies have seen the value of the project and have given their support in one way or another. Allow me to take this time to recognize them: Novateur Coffee Concepts Inc. (Nespresso), Nature’s Harvest Corporation (Lindt), Tetrapak and CWC Interiors/Vitra, Cebu Landmasters and Olympia Violago Power. Their generous support has greatly influenced the success of the project.

Indeed, angels are really what we need at this time. Despite the continued (and hopefully sustained) improvement in the global situation with the spread of vaccines, there still is a vacuum of hope that needs to be filled. Angels can come in various forms. What matters most is that we help those who are in need the most, in whatever way we can.

Together, let us be #AngelsforAngels!

Alain Gaschen is the Swiss Ambassador to the Philippines since August 2019.

Rebooting for a better world

It can take a bit of time to pass legislation in the Philippines. Some bills, …