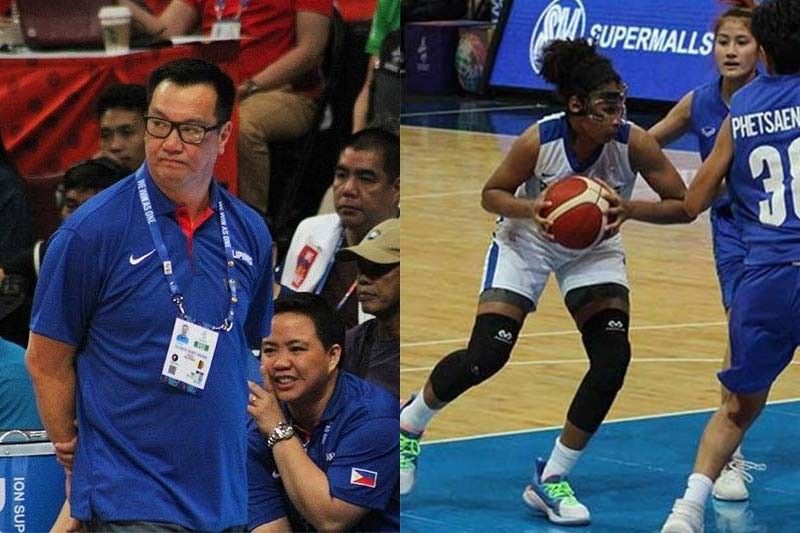 MANILA, Philippines — Gilas Women head coach Pat Aquino sees a big impact for the national team as one of his stalwarts in Jack Animam is now in the US as she continues to hone her skills.

Having been a key cog in the women's squad success in recent years, the additional skills the National University product will garner is not just going to prop her own skills to the next level, but also the whole of the Gilas women program — at least, in the eyes of Aquino.

"The experience Jack will be having here will level up everything," Aquino told media in a press conference on Saturday.

"She will bring back all the experiences back to her teammates back home," he added.

Animam is fresh from a collegiate stint in Taiwan, where she became a six-time champion after leading Shih Hsin University to a UBA title while also clinching All-UBA First Team honors for herself.

Now, she is in the US with firm East West Private, who also handles Filipino talents like Kai Sotto, Cholo Anonuevo, and Kobe Paras.

Aquino is a firm believer that his ward will flourish under this new program, and is excited to see more of his stalwarts in the same position as the 22-year-old Animam.

"Having trained with the best here in East West and the best trainers we have, I think I am very very happy to make it to a point na I have a future player right here that can represent our country not just internationally but to the whole world right now," said Aquino.

"We won't stop, we'd just like to continue building bridges and reaching out for everybody and hopefully, this won't stop and we'll send more in the coming years," he added.

Aquino is set to scout potential Gilas women prospects in a camp scheduled early June to further beef up a team and program that has been on a rise.