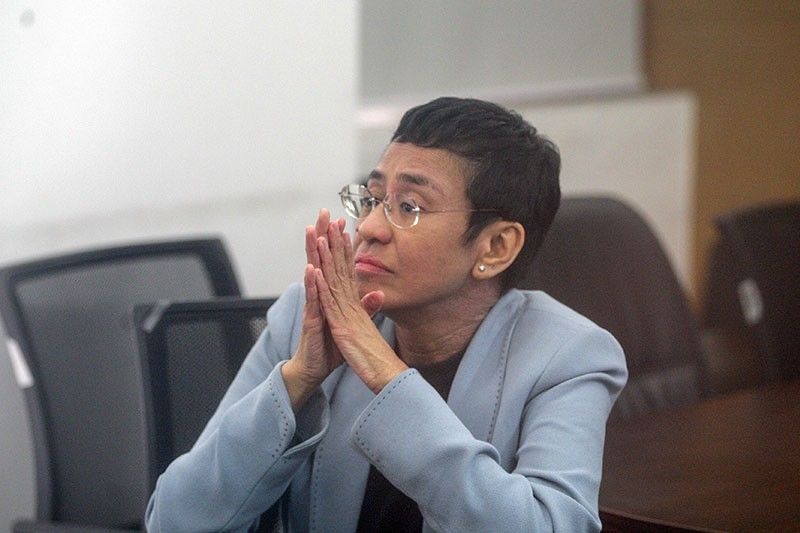 Rappler CEO Maria Ressa inside the National Bureau of Investigation in Manila on Thursday, February 14, 2019.

MANILA, Philippines — The Court of Appeals has denied Rappler CEO Maria Ressa’s bid to leave the country to visit her ailing mother in the United States.

The CA’s Special Twelfth Division, in a resolution dated December 18 but made public Thursday, rejected Ressa’ appeal to be allowed to travel to the US, saying she again failed to prove the necessity of her travel.

It added that “there exist circumstances sufficient to prohibit her from leaving the country.”

The CA is currently handling her appeal to overturn the Manila court’s conviction of her and Rappler’s former researcher Rey Santos on cyber libel.

Ressa had also filed separate motions to travel in other courts where she is facing charges. The Pasig Regional Trial Court Branch 157 where she faces tax-evasion cases and Branch 159 where the anti-dummy and violation of Security Regulations Code cases are pending granted her motion.

The Court of Tax Appeals 1st Division where Ressa is facing four tax evasion cases has also given approval to travel.

The Makati RTC Branch 147— where a second cyber libel charge against her has been filed — also granted her motion.

The CA has junked twice Ressa’s motion to travel, but the journalist again sought the court’s permission in an urgent motion filed December 1, citing humanitarian considerations.

Ressa told the court that her mother was diagnosed with breast cancer in October. While Ressa noted that in her previous motions, she said part of the reasons for travel to the US was to visit her family, she opted not to disclose her mother’s illness due to privacy considerations.

In her latest appeal, she said that her mother and father cannot travel to the Philippines, necessitating her to go to the US.

“Mrs. Ressa’s illness is serious. That Mrs. Ressa, a senior citizen, is afflicted with such a serious illness during a pandemic, with mobility restricted, is certainly reason for concern for her family, especially Ms. Ressa who is not with her. That she is afflicted with such a serious illness and continues to be deprived, even briefly, of actual contact with her children, makes her—and Ms Ressa’s situation even more difficult,” her motion read.

She also stressed that even with technological advances in the medical field, human contact in healing, physical and mental, cannot be trivialized and cannot be replaced by online calls.

In resolving Ressa’s appeal, the CA said this latest pleading is tantamount to a second motion for reconsideration, which is prohibited under the rules of court.

The CA also said the two cases Ressa cited in her motion were not applicable. It noted that while Ressa is out on bail following the lower court conviction, it “warrants the exercise of greater caution in allowing her to leave the Philippines.”

The court also said the medical abstract they submitted to the court did not indicate that she is urgently needed in the US.

The CA also said that the pandemic might compel Ressa to stay longer in the US despite her intention to return to the country.

The appeals court also pointed out that Ressa did not fully divulge facts related to her motion to travel in previous pleadings, noting she “deliberately withheld” the reason why she wanted to visit her parents in the US.

“Considering that this is the third time that Ressa has concealed a material fact, we deem it necessary to enjoin her from repeating a similar act since this Resolution is without prejudice to future necessary and urgent travel,” it said.

“In view of Ressa’s failure to prove that her travel to the [USA] is necessary and urgent, coupled with the exceptional circumstances that warrant the restriction on her right to travel, there is no basis to grant her motion,” the court added.

Ressa, through her counsels from the Free Legal Assistance Group, has already sought the reconsideration of the CA’s latest dismissal.