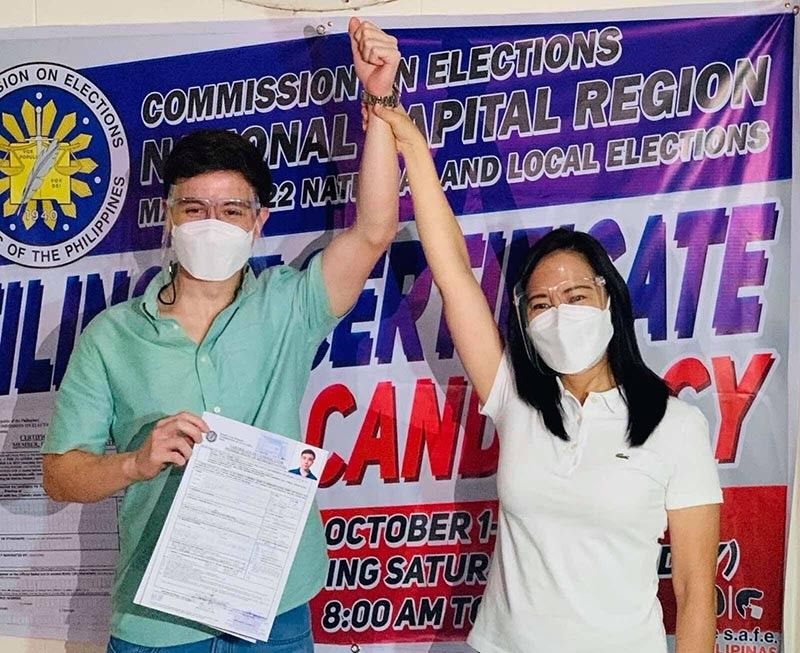 He was accompanied by his mother Sylvia Sanchez and Quezon City Mayor Joy Belmonte.

Arjo will be running under the local Serbisyo ng Bayan Party of the incumbent Quezon City mayor.

Actor Arjo Atayde arrives at the Comelec NCR office in Intramuros, Manila to file his COC for representative of Quezon City’s 1st district in #Halalan2022.

Arjo was hailed as best actor in the 2020 Asian Academy Creative Awards for his performance in "Bagman."

He tested positive for COVID-19 last August while shooting his film in Baguio.