Arjo would love to do a project with girlfriend Maine

In a heart-warming PDA (Public Display of Affection) that thrilled fans, Maine Mendoza was the first to congratulate her boyfriend Arjo Atayde when Arjo won Best Actor at the third Asian Academy Creative Awards (AACA), beating nine other worthies from China, India, Indonesia, Malaysia, Taiwan, Hong Kong, Thailand, Myanmar and Singapore. Said to be Asia Pacific’s “most prestigious awards for creative excellence” with 16 nations participating and submitting their finest works, the AACA is a part of the Singapore Media Festival.

Arjo won for his performance in Bagman, a socio-political series about a barber who becomes a henchman and then a governor.

“I appreciate the things that she does and she says about me and for me,” acknowledged Arjo. “Happy po ako. I’m very thankful, very blessed.”

They have been going steady for almost two years, undaunted by the initial disagreeable reaction of AlDub fans who can’t seem to accept anybody for either Maine or Alden Richards. 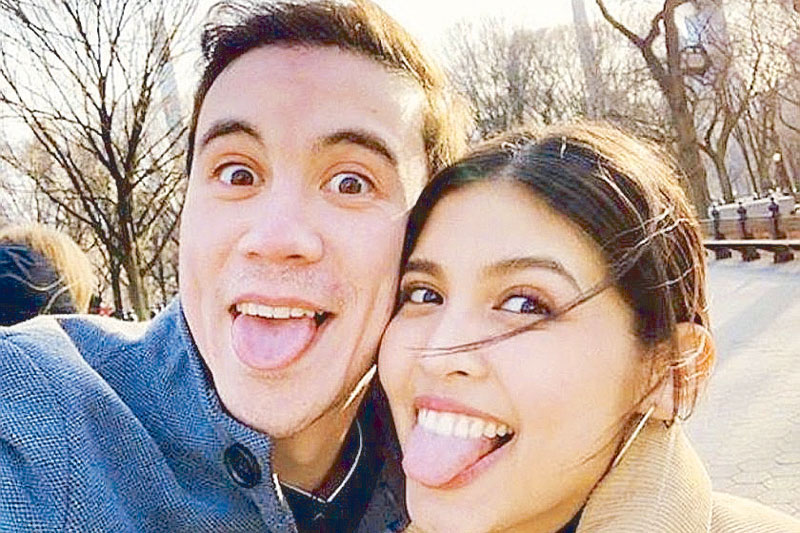 Professional that he is, Arjo told Funfare in an exclusive Zoom interview that he is willing to do a project (movie or TV series) with Maine.

“I would love to,” stressed Arjo, “but only time can tell if it’s going to happen. But since you are asking, my answer is a yes, I would love to work with her.”

In the meantime, Arjo is still reeling with what he called “a floating feeling” after his win, an unexpected blessing that he said hadn’t sunk in yet.

“It happened in God’s perfect time,” he said. 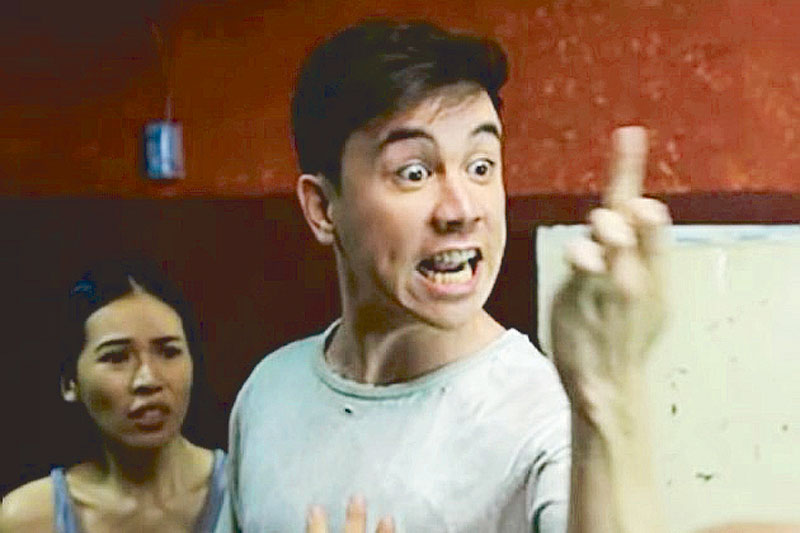 Even his mom, multi-awarded Sylvia Sanchez, was dumbfounded (natulala) by the good news.

“She is on a locked-in set. At first, dahil sa sobrang tuwa, she couldn’t even text me. As soon as she recovered, she couldn’t stop congratulating me, tawag nang tawag.”

For sure, Arjo has gotten some tips from mom Sylvia how to improve his craft.

“She always reminds me to use my eyes and my heart, gamitin ko raw maigi ang puso at mga mata ko. Action daw can lie but not your heart and your eyes. I thank my mom for that. Thankfully, through the years, I was able to develop a rhythm in creating a character, but my mom continues to guide me, telling me to keep on improving.”

Isn’t he “intimidated” acting with his mom?

“Whether it’s with my mom or any other veteran actors, or even newcomers,” admitted Arjo, “lagi akong kinakabahan. There’s always that little kaba (a bit of nervousness) bago sumalang sa eksena.”

For Bagman (created by Philip King, Shugo Praico, Lino Cayetano, John Carlo Pacala and John Anthony Rodulfo), Arjo recalled that he talked to a real-life bagman and credited “the team” for coming up with a riveting series.

Considered an heir to the legacy of Eddie Garcia and senior actors who are credible in bida-kontrabida roles, Arjo was too shy to comment.

“Basta,” he said, “I just enjoy every project given to me. I always go with the team. I see to it that I don’t go solo. I always consider team work and how to make the show better.”

In accepting his award, Arjo said, “I’m just one of the actors here in the Philippines. There’s a lot of brilliant actors here and I just hope for them to be able to show you even more of what we have here in our country. I hope this is not the first or the last, and I hope this is the beginning of everything.”

Bubs is Arjo’s term of endearment for Maine.

Asked what he and “Bubs” have in common, Arjo was initially at a loss for words.

“Hmmm, paano ba ito? How can I explain it? Yes, we are opposite in some ways but we jibe. We like the same food and other things and yet, opposite po kami. We have very few common traits but for some reason, we are, well, super swak.”

This year is their second Christmas together but due to the pandemic, things will be different.

“She has to go back home to her family,” said Arjo who is close to Maine’s family, and vice-versa, “and I have to be with my own family. Kanya-kanyang noche buena sa kanya-kanyang pamilya. But given a chance to visit her, I would.”

“To portray crazier roles. I’m sure 2021 will see better times. More actors will be back so I am very excited.”

And, of course, there’s a dream project he would love to do with Maine.

(Bagman is now streaming on iWantTFC app [OS and Android] and site iwanttfc.com. Watch it!)