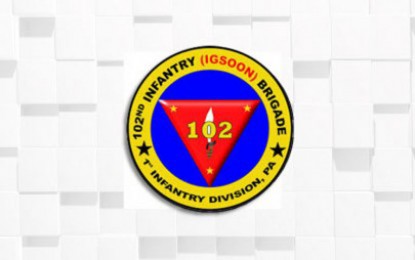 The troops of the 97th and 42nd Infantry Battalions were tracking down a group of NPA rebels when the encounter took place.

The NPA fighters who figured in the Linabo clash belong to the Guerilla Front Big Beautiful Country (GF BBC), the remaining NPA group of the Western Mindanao Regional Party Committee (WMRPC) in the Zamboanga Peninsula.

Nicolas said the firefight lasted about 30 minutes after which the rebels scampered in different directions.

There was no report of casualty on both sides.

Troops of the 44th Infantry Battalion were on combat patrol when they clashed with the remnants of the NPA’s Main Regional Guerilla Unit and Guerilla Front-Feliciano Alpha.

No casualty was reported.

“Our units on the ground are relentlessly pursuing the remaining elements of the Western Mindanao Regional Party Committee (WMRPC) that has (been) continuously evading our forces for the past months,” he said.

Five clashes between government forces and NPA groups have been recorded in the region since November.

“We are still urging the remnants of the WMRPC to abandon the armed struggle, lay down your arms, and avail (of) the benefits under the Enhanced Comprehensive Local Integration Program (E-CLIP),” Nicolas added.

He said only two guerilla fronts of the WMRPC remain and they have been significantly weakened due to the snowball of surrender from its members to the government.

The Communist Party of the Philippines (CPP) – NPA is listed as a terrorist organization by the United States, the European Union, the United Kingdom, Australia, Canada, New Zealand, and the Philippines. (PNA)