Arra San Agustin crosses over from drama to action 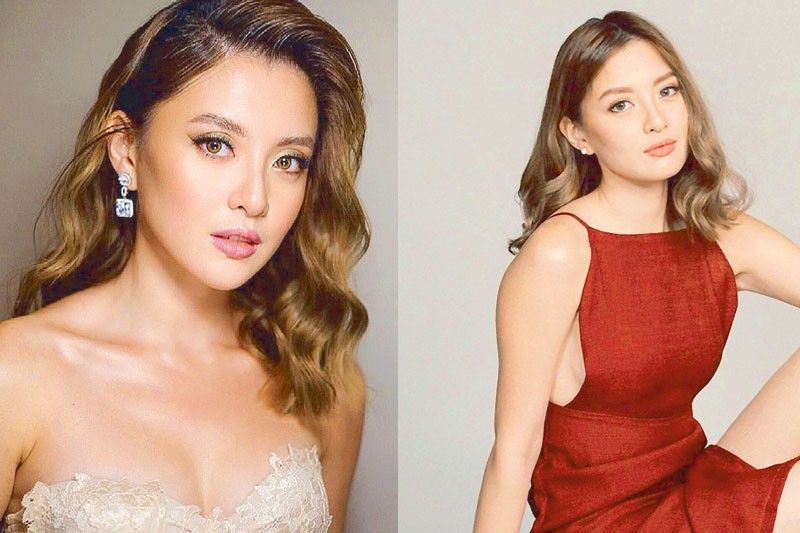 As a GMA homegrown artist, Arra San Agustin wishes herself “to evolve and be flexible.” This was recently shared by her in a virtual group interview with select media members.

Reading between the lines, Arra aspires to become a versatile performer, who has done comedy (in Bubble Gang), lifestyle hosting (Taste MNL) and acting (Encantadia, Madrasta and I Can See You: On My Way To You, to name a few).

Her inclusion in the upcoming action-adventure series Lolong, with Ruru Madrid in the title role, is a welcome addition to Arra’s diverse collection of TV works. She is one of the two leading ladies. The other is Shaira Diaz, Arra and Ruru’s co-star in I Can See You.

“I’m very excited. It’s a new set of family, a new show, a new character,” said Arra about her latest show, whose cast and crew were in a hotel quarantine at the time of the media call. It’s safe to say that the lock-in taping for Lolong has already begun. “It’s a new experience, mas marami po akong matutunan (din) dito, marami akong makakasamang beteranong actors (I’ll also be learning a lot from the show as I get to work with more veteran actors).”

From playing Audrey, who was “pinagsakluban siya nang langit at lupa (treated badly),” as Arra put it, plus her drama-laden TV guestings and small roles, she found her Lolong character a breather. “(This is) more on adventure. My character Bella has a hidden agenda. She’s also mysterious.” Prior to Lolong, Arra has also worked with Ruru in Encantadia and Wish Ko Lang.

Speaking of the action-adventure series, Arra may also consider Lolong as a springboard for a future “action-packed” career.

“I want to do action. I know that I am not yet fully equipped,” said she, who would “take more trainings” to meet the demands of playing a role in an action project.

As for her contract renewal as a Kapuso artist, Arra said: “It’s super satisfying and such a relief. At least, I still have work and they (the management people) still trust me. I feel honored and thankful.”

Looking back, Arra said she has grown a lot. “I started (doing showbiz) at 18… I couldn’t imagine (and believe) that six years have passed. Ang daming nangyari, (it was like a) rollercoaster (ride) of emotions actually.”

As she learned the ropes of the business, Arra encountered disappointments and frustrations, especially in the early years of her career. She was not spared from being criticized, let’s say, by a director for her lack of intensity in expressing her character in a scene. All this is part of the learning curve that showbiz newbies must face.

Surpassing those challenges was all worth it for Arra, who has the trust of GMA Artist Center. Her first lead role was Audrey in Madrasta with Juancho Trivino as onscreen partner. As you know by now, it was followed up by her leading lady role Bella in Lolong.

“Pinagkatiwalaan po nila ako dun (with Madrasta) at ang sarap lang sa feeling,” said she. “Not everyone can have that same experience, hindi lahat ng (artista ay) magiging leading lady. I was able to get it, I was able to have it. I’m so proud and thankful.”

After her stint at StarStruck Season 6, Arra also shared that her first regular show was Bubble Gang. “Up to now, I’m still part of it… Para kang naglalaro sa trabaho. It’s fun working in that light setup.” She felt lucky to have that opportunity to cross over from the comedy show to drama series and back.

Getting busy in the new-normal is a blessing, knowing that work opportunities are few and far between for most artists. That’s why Arra will focus on work and family. Her love life will take a backseat for now.

“I would want (our taping for) Taste MNL to resume,” shared Arra of her other wishes hopefully to happen before the year ends, “nagkaroon kami ng pause because of the pandemic. (It was put on hold since the show would feature) food and restaurants. I would like to build up more my hosting. If given more opportunities and chances, I will grab them. Another thing is I would like to enhance my singing.”

However, there are two more things on Arra’s wish list: To work with Alden Richards, star of The World Between Us, and to play kontrabida in a TV series.

“Gusto kong lang maramdaman at malaman kung ano ba ang tumatakbo sa isip (niya), bakit ba (niya) ginagawa ito, bakit (siya) nananakit without holding back (I want to feel and know what it is like to be an antagonist and get into her psyche),” said she, “bakit (niya) nagagawang manakit, bakit (niya) nagagawang maging masama, saan nanggagaling yung mga hinanakit na yun (I also want to know what compels her to hurt others and where she is coming from).”

With that, Arra has the enthusiasm for a new acting or work experience to explore. Meantime, she is all eyes on Lolong.