Arrival of Sputnik V doses pushed back to April 28 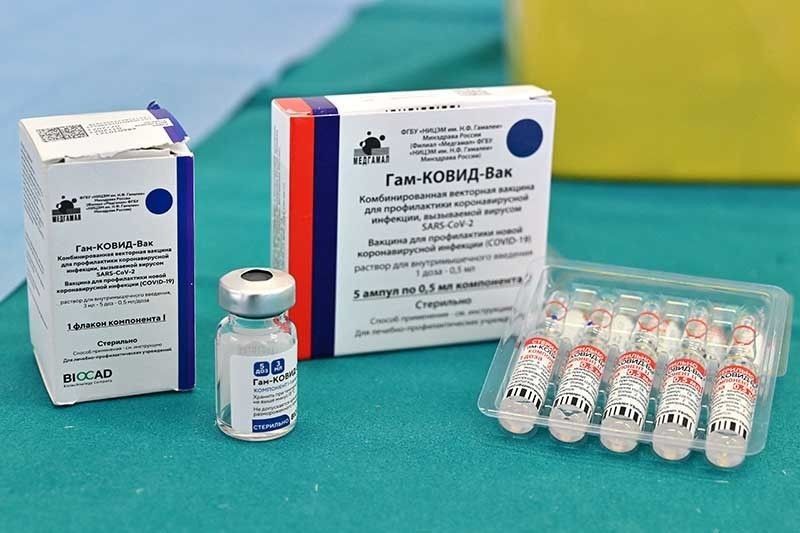 News5, in a report, said the National Task Force against COVID-19 cited "logistical reasons" for the delay.

Related Stories
Most vaccines will be from China, Russia until July — Galvez
Philippines eyes 20 million doses of Russia’s Sputnik V vaccine
DOH: Not all LGUs can get Sputnik V

Moscow approved its Sputnik V in August 2020, becoming the first country to clear a jab for the COVID-19.

Russian drugmakers also secured Emergency Use Authorization from the country's Food and Drug Administration in March. This would mean that the vaccine could already be administered once it arrives.

Sputnik V is taken in two doses, and has a 91.6% efficacy rate. Results from a peer-reviewed late-stage trial in The Lancet medical journal showed too that it is completely protective against severe forms of COVID-19.

Most of the country's supply of vaccines until June would be from China's Sinovac at 4.5 million and Russia at 4 million doses, according to vaccine czar Carlito Galvez Jr.

This month, Galvez said too that they are negotiating for 20 million doses of the Russian-made jab.

The Department of Health, however, said not all local governments will receive the Sputnik V due to stringent handling and storage requirements.

Undersecretary Maria Rosario Vergeire said it needs to be stored in temperatures not over negative 18 degrees Celsius.

"This storage cannot be found in all places of the country," she said on Saturday. "When the Sputnik V vaccines arrive, there are LGUs that are assigned to receive them because they have the capability for this kind of storage."

Vaccination efforts in the country began in March. By April 20, data from the DOH showed 209,456 Filipinos already fully-inoculated, while 1.35 million have received their first dose.

Government has set a target of 50 to 70 million vaccinated this year alone to achieve herd immunity. — Christian Deiparine with reports from Gaea Katreena Cabico, and News5