As employees return to the office, the much-hyped hybrid model faces acid test: does it work?

Share
Business
As former office dwellers make a return to their workplaces, employers and workers are having to navigate exactly what the new normal of work is going to look like.

As former office dwellers make a return to their workplaces, employers and workers are having to navigate exactly what the new normal of work is going to look like.

The subject of heading back to the office after years of working from home is an especially thorny one. In a recent poll by the Angus Reid Institute conducted in partnership with CBC News, when asked what they would do if their employer mandated them back to the office full time, more than half of those surveyed said they would probably start looking for somewhere else to work.

Between March 1 and 4 of this year, the polling firm asked 2,550 Canadian adults what they would do if given such an ultimatum. (A probability sample of this size would carry a margin of error of +/- 2 percentage points, 19 times out of 20.)

Flexibility will be key

Professor Linda Duxbury, who teaches at the Sprott School of Business at Carleton University in Ottawa, says the answer to the question of what a normal working arrangement will look like from now on is far from clear.

"I'd like to be able to give you one answer … but it's much more nuanced than that," she said.

Duxbury has been researching remote work during the pandemic, and after poring over data from 26,000 Canadian workers, she said a few broad trends can be gleaned from the data. Roughly one quarter of workers, she said, want to go back to the office full time, while about the same proportion would rather never set foot in the office if they don't have to.

A complex split like that reinforces why flexibility is the name of the game for office work from now on. Outside of a few industries, the days of mandating 40 hours a week worth of face time in the office are over.

A little under half of Canadian workers are theoretically able to do all or part of their job from home, Duxbury said, but that's not to suggest all of them want to all the time, or produce their best work when they do. Smart organizations, she said, will be flexible and based on individuals' needs.

"You've got to … actually start talking to your people [and] stop pretending … that there is some magical plan you can implement it and it'll be a miracle," she said.

"People are not willing to sacrifice their soul any more for their organization and the privilege of working for you," she said, citing an ongoing war for talent that has given workers an edge they didn't use to have.

It's why her advice to employers is blunt.

"If you get it wrong, you might not have a business two or three years from now even to deal with."

Hannah Gold, a recruitment consultant with staffing firm TDS Personnel, agrees that flexibility is the name of the game, for both workers and the people looking to hire them.

Most of her firm's clients have moved to some version of the hybrid working model, where new hires are coming in on the expectation and agreement that some work will happen in office, while other work will not. While a few employers are insisting on full-time, in-office work, it's becoming a challenge.

"The ones that are mandating it are going to have a more challenging time filling that position," she said, because the job market right now is very much "what we would call a candidate's market."

Work environment expectations are becoming so paramount, they are almost more important than things like compensation in some cases, she said.

"Not everybody wants that," she said, referring to coming back into the office, full time.

"Some people do, but not everyone wants to go back, commute into the office every single day … like they used to."

Wave Financial is among those employers for whom flexibility is the name of the game. With about 350 employees across Canada and the U.S., the financial technology company has adopted a hybrid approach, and says it's working well.

"One is that we actually can work very efficiently remotely, and that people are happy in their homes getting stuff done," she said, while others benefit from working together in person for certain tasks.

At Wave, the office is "meant to be a place that gives something to you that you don't have at home," she said, but "everybody's got the ability to pick what works for them and then also what works for their teams."

On the streets of Toronto on Monday morning, most commuters making their way into the office who spoke to CBC News were happy to be back, but almost none of them expected they would be doing it quite the way they used to.

Jake Cruikshank said his employer asks all employees to be in the office at least two days a week, but he's choosing to come in for four.

"It's just better for me, I just get stuff done," he said.

"Some people can work remotely full time, but I'm just not one of those people."

Hari Balasingham, who works in finance, jokes that his dog may be missing him being at home all day, but he doesn't.

"I prefer to be in the office, to be honest. You get more done there."

The Royal Bank of Canada has implemented a hybrid approach, and Mike Elsey, who works for the bank, said that's fine with him.

"I mean, it's nice to have the flexibility."

Kristen Howcroft, a project co-ordinator with CIBC, will be splitting her work week between home and the office. She said she was looking forward to sharing space with colleagues again, because she misses the interactions with coworkers.

"It'll be exciting and I think it'll bring good morale back to everyone."

On the whole, workers who spoke to CBC News were fine with the idea of coming back to the office in some capacity, but Duxbury said that doesn't mean employers should assume they can mandate things to be how they used to.

She said in this job market, smart companies need to take the threat of losing a quarter of their workforce because of a refusal to adapt seriously.

"Even if they don't leave, do you think it's a good thing to have one in five of your people staying with you for golden handcuffs and hating you? Absolutely not," she said.

"You want people who are staying because they like you and they're engaged in the work and what you do. Good employers are going to come out of this smelling like roses."

Pete Evans is the senior business writer for CBCNews.ca. Prior to coming to the CBC, his work has appeared in the Globe & Mail, the Financial Post, the Toronto Star, Canadian Business Magazine and — believe it or not — Circuits Assembly Magazine. Twitter: @p_evans Email: pete.evans@cbc.ca Secure PGP: https://secure.cbc.ca/public-key/Pete-Evans-pub.asc

With files from Jacqueline Hansen and Laura MacNaughton 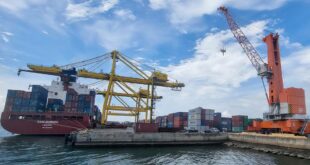 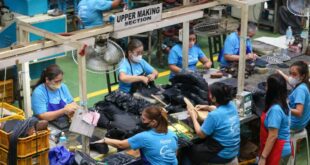