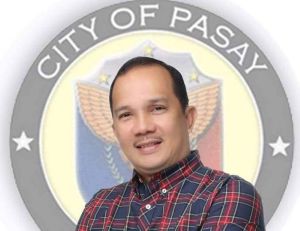 FORMER Pasay councilor Richard Advincula vowed to institute reforms in the system of governance in the city that will guarantee a corruption-free and transparent local government once he is elected as mayor in the May 9, 2022 elections.

One of the major projects that Advincula plans to undertake if he emerges victorious in the polls is putting up three giant electronic billboards where the income and expenditures of the local government will be displayed.

He said that this will be the first time that such a project will be undertaken in the country.

The four-term councilor said these LCD screens will be installed at the Pasay City Hall on F.B. Harrison Street, Pasay City mall and public market located along Taft Avenue and in the Mall of Asia.

“These will help bring back the confidence of our entrepreneurs in the local government because they will see where their taxes are going. We will build up full transparency and public accountability. Maybe after a year, local government tax collection will no longer be a problem,” Advincula said during a roundtable with The Manila Times.

He pledged the delivery of basic services to Pasay residents if he is elected as mayor.

The former village official said he will push for the establishment of another hospital in the city to be managed by a private entity.

He added that he will only ask that the city be provided access to the ward section and that the poor be extended free health services as long as they are Pasay City residents.

“Pasay City is divided by the Light Rail Transit Line 1. When there are problems in Malibay, Maricaban, Pildera, Barangay 201, Sun Valley it is very difficult for people to get to Pasay City General Hospital. People first need to travel around Magallanes, where there is usually traffic congestion. In most cases, patients do not reach the hospital. We want the other side of Pasay to have its own hospital,” Advincula, who is running under the People's Reform Party, said.

He said he will use local government funds to finance the establishment of at least six infirmaries to make sure that the people of Pasay will get immediate relief from various health problems.

“Through these infirmaries, residents of Pasay are assured of free medicines and the care of health professionals,” Advincula added.

He said he plans to put up a commissary in the city that will greatly benefit Pasay City consumers.

Advincula announced that under his term as mayor, he will establish sister city or twin town relationships with other local governments that rely on agriculture or fishery as their main source1s of livelihood.

Such undertaking, he said, will be of assistance to local farmers and fisherfolk.

“We will buy their produce at a reasonable price but will sell these at the commissary at a very low price, if it is possible we will offer these goods at 50 percent lower than the market price to all Pasay residents,” Advincula said.

Another project that he plans to undertake is to transfer the city government offices including the Hall of Justice to a 3.2-hectare land located at the Pasay reclamation area.

Part of the land on F.B. Harrison Street, where the current Pasay City Hall stands, will be used to expand the area covered by the Pamantasan ng Lungsod ng Pasay.

He said he also plans to establish in the same location a training and skills development school to be funded by the local government.

To prevent crime, Advincula said he plans to install more street lamps and CCTVs in strategic locations that will be manned 24/7 by trained personnel at a command center to be set up at the Pasay City Hall.

“We will move all the CCTV monitoring from the different villages to a central command center. Here, traffic and the security of our streets will be monitored,” he said.

Advincula, whose running mate is former city administrator Ernestina Carbajal, claimed that past administrations were unable to come up with such projects because “their experience and knowledge are limited.”

“I think they want to make their jobs and responsibilities easier for them. All they want to do are simple projects such as paving the roads. They have no financial feasibility. They don't think that what they spend should also be profitable. They just want to spend because that's all their minds can do,” he said.