AstraZeneca’s COVID-19 vaccine and seniors: Where Canada and other countries stand

Canadians now have a third option to protect against COVID-19 after Health Canada approved the AstraZeneca-Oxford vaccine last Friday. But questions remain about whether it should be used in people aged 65 and older — an issue that is also playing out in other countries around the world.

The National Advisory Committee on Immunizations (NACI) on Monday recommended against using the vaccine in that age group, even though Health Canada has authorized it to be used in adults of all ages.

The NACI, which makes recommendations to governments on the use of newly approved vaccines for humans in Canada, said there isn’t enough clinical trial data available to determine how effective the vaccine is in preventing COVID-19 infection among people in this older cohort.

At a briefing on Tuesday, Dr. Theresa Tam, Canada’s chief public health officer, said the NACI is prepared to update its guidance as it “see[s] more and more … real-world data accumulating.”

“Don’t read their recommendations as sort of static,” Tam said. “But this is what they’ve recommended at this point.” 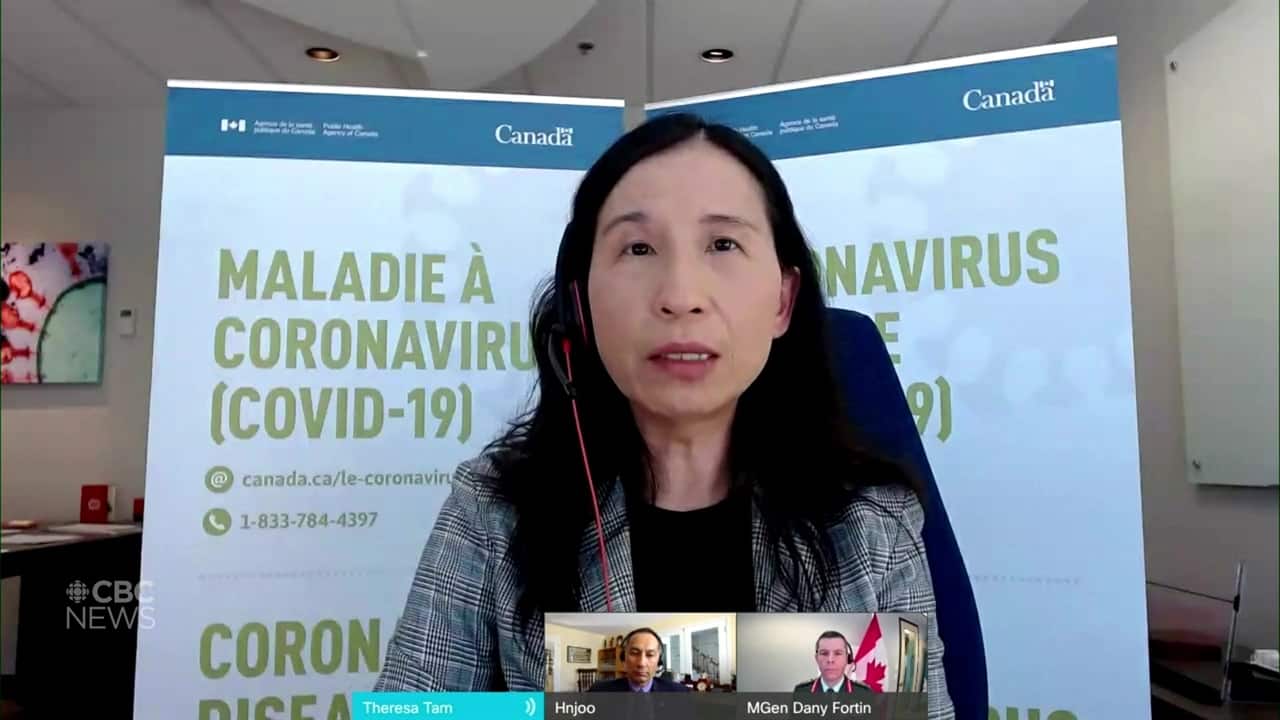 Dr. Theresa Tam, Canada’s chief public health officer, comments on the National Advisory Committee on Immunization’s recommendation that the AstraZeneca-Oxford COVID-19 vaccine not be administered to people 65 and older.1:33

In addition to the AstraZeneca-Oxford vaccine, Canada has also approved vaccines from Pfizer-BioNTech and Moderna. Tam said it is up to the provinces and territories to determine who is best placed to get which vaccines, but all are safe and effective in reducing serious illness and death connected to COVID-19.

For its part, Ontario said Tuesday it will not give seniors the AstraZeneca-Oxford vaccine, following the NACI’s advice.

In approving the vaccine, Health Canada looked at both real-world and clinical trial data. That included real-world data out of the United Kingdom, which on Dec. 30 became the first country to approve it in all adults.

“There were too few cases in older people in the AstraZeneca trials to observe precise levels of protection in this group, but data on immune responses were very reassuring,” Mary Ramsay, the agency’s head of immunizations, said in a statement.

Real-world evidence of the efficacy got a boost last month with preliminary study findings out of Scotland showing the country’s vaccination drive appears to be markedly reducing the risk of hospitalization for COVID-19.

Results of the study, which covered the entire Scottish population of 5.4 million people, showed that by the fourth week after the initial dose, the Pfizer-BioNTech and AstraZeneca-Oxford vaccines were found to reduce the risk of hospitalization by up to 85 per cent and 94 per cent respectively.

In late January, the European Union also approved the AstraZeneca vaccine for use in all adults throughout its 27 nations.

However, individual countries could still decide how and to whom they will give their doses. At the time, some countries including France and Germany recommended that the vaccine be given to only those under 65, citing the lack of data on its effectiveness among older cohorts.

But France has backed off that position. Health Minister Olivier Veran said Monday that people under 75 with pre-existing health conditions such as high blood pressure or diabetes may now get the AstraZeneca-Oxford vaccine.

Germany has indicated it could soon follow suit, with the head of its expert panel on vaccine use, which issued the initial recommendation that the vaccine go only to people under 65, saying last week that it would update its recommendation very soon.

However, Spain is so far continuing to limit the vaccine to people aged 18 to 55.

WATCH | Why authorities can differ on AstraZeneca-Oxford: 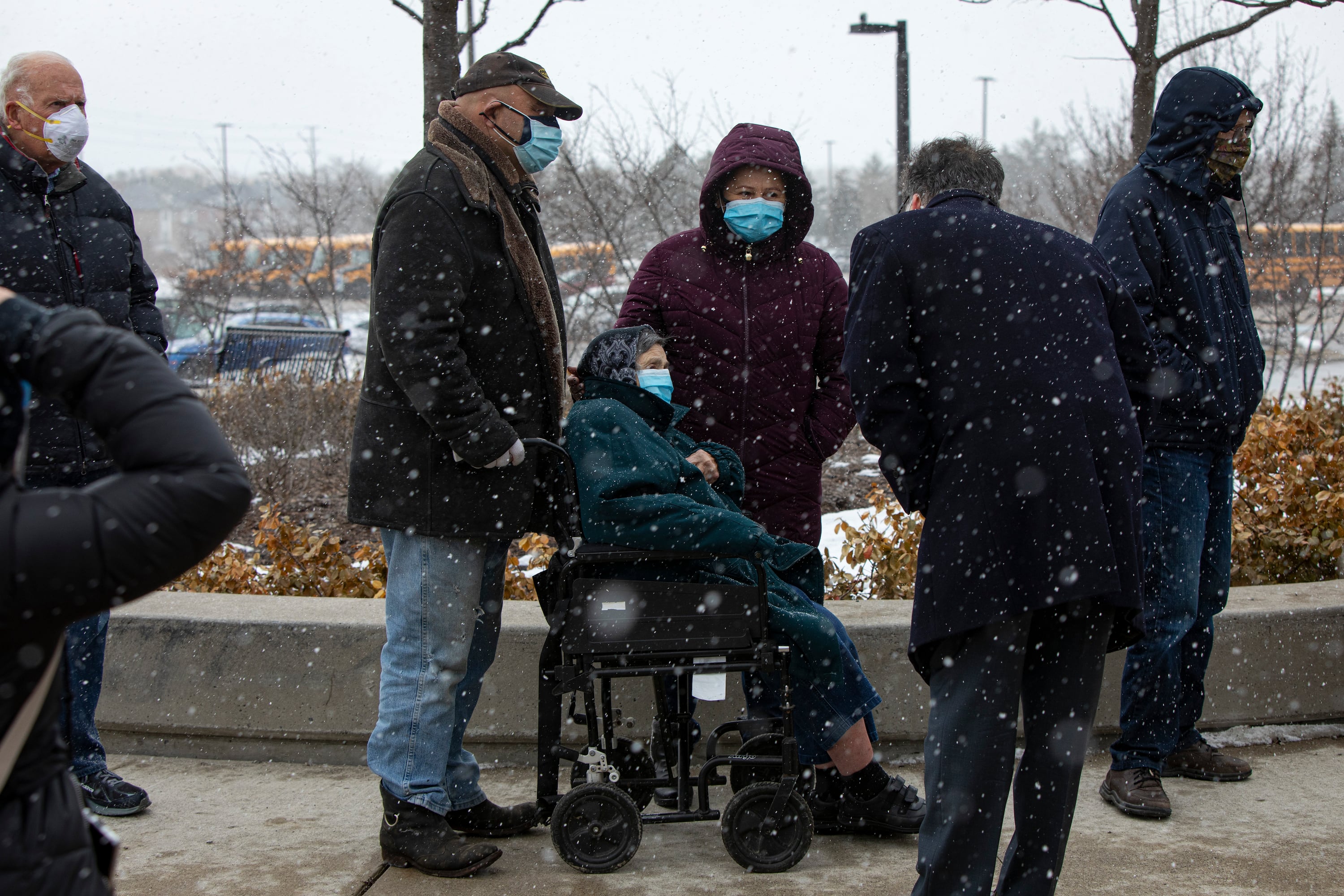 Why Canadian committee and Health Canada differ on Oxford-AstraZeneca vaccine

Dr. Isaac Bogoch, an infectious diseases physician and member of Ontario’s COVID-19 immunization task force, explains why the National Advisory Committee on Immunization is not recommending the Oxford-AstraZeneca vaccine for people 65 and older, even though Health Canada has authorized its use for adults of all ages.4:59

The World Health Organization (WHO) approved the AstraZeneca-Oxford vaccine for emergency use on Feb. 15, meaning it could be rolled out globally through the global COVAX initiative.

COVAX — which is jointly co-ordinated by the WHO, the Coalition for Epidemic Preparedness Innovations and Gavi, The Vaccine Alliance — pools funds from wealthier countries that are used not only to buy vaccines for those countries but also to ensure low- and middle-income countries have access to them as well.

Prior to the WHO’s approval, the Strategic Advisory Group of Experts on Immunization panel conducted a review in which it concluded the vaccine is safe, effective and should be deployed widely, including for those 65 and older.

The first vaccine doses dispatched by COVAX arrived in Ghana on Feb. 24, with the initial 600,000 doses set to go to health workers, adults 60 years and over and people with underlying health conditions, according to the government.

Canada is set to receive 1.9 million doses of the AstraZeneca-Oxford vaccine through the COVAX program by the end of June.