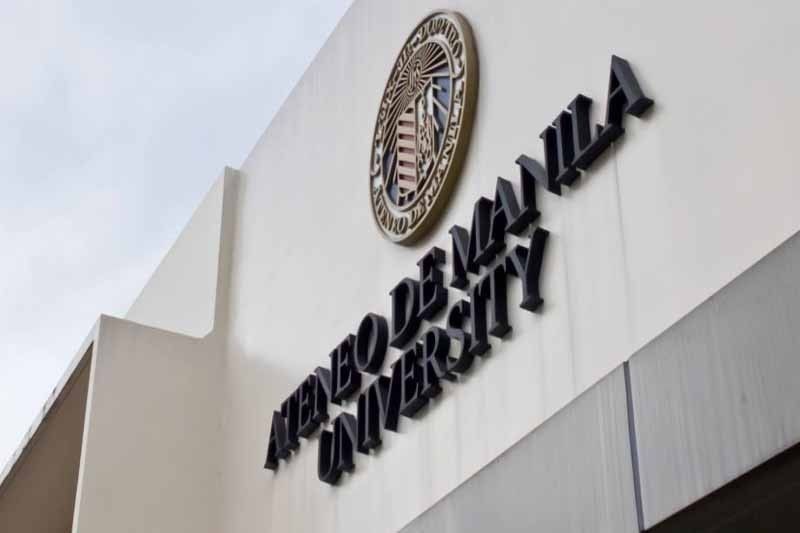 MANILA, Philippines — Students of two of the five Ateneo universities in the country will hold protests on Friday to condemn the arrest of Anakbayan Naga City chairperson Sasah Sta. Rosa in what the Ateneo student governments said was an "already suspicious and inhumane operation."

Sta. Rosa was arrested at her home in early May. Police Gen. Debold Sinas, still in active service as national police chief at the time, said that she was held for illegal possession of firearms and explosives—a charge that many other activists face.

In a statement, Buklod Atenista, an alliance of the five Ateneo universities in the Philippines, condemned what it said was the illegal arrest of Sta. Rosa, who was the former chair of the Ateneo de Naga University student council's Department of People's Rights and Welfare.

"With the irregularities in this illegitimate arrest, it already violated ger right to procedural due process," the statement read.

"Sasah's arrest is a manifestation of the dangers of the state's incessant and terroristic act of red-tagging academic institutions," the group said.

Sta. Rosa is still detained at the Naga City headquarters of the Criminal Investigation and Detection Group of the national police.

Separate reports from Anakbayan said that armed SWAT and uniformed personnel stormed the 21-year-old youth leader's residence at three in the morning. The official police report left out the time of the arrest.

Sta. Rosa's family, they said, was forced out of the home as a search of their house ensued. Police took around 40 minutes to finish their search.

The group added that the activist and her family were all made to lie on the ground before the search warrant was presented to them.

That same day, Bagong Alyansang Makabayan (BAYAN) Bicol Secretary General Dan Balucio was also arrested at his home in Sto. Domingo, Albay at four in the morning. The charges held against him the same, with search warrants signed by the same judge.

Buklod Atenista also outlined its demands in its statement, including:

Government officials have continued to target activist groups and have often been accused of being "communist fronts" based on evidence that authorities say they have but do not present.

The student governments also pointed out that the two arrests "follow a long list of illegal arrest and trumped-up charges against activists in the region and the rest of the country under the Duterte regime."

Buklod Atenista also slammed the inclusion of Ateneo institutions in the list issued by the red-tagging National Task Force to End Local Communist Armed Conflict last year of schools supposedly targeted by the communist movement to recruit students from.

"This obsolescent McCarthyist measure devalues the very essence of what it is to be in a democratic nation, speaking out and taking actions against it reclaim our spaces from the claws of this de facto dictatorship," the group said.

The statement was also co-signed by the university chapters of Anakbayan, Akbayan Youth, Kabataan Party-list, and the National Union of Students of the Philippines.