Amid stories of celebrity couples breaking up, it's refreshing and encouraging, to know husband-and-wife Troy Montero and Aubrey Miles who recently sealed their 19-year-partnership with an intimate wedding.

It has not been the easiest of relationships, they agree. In fact, they started awkwardly and spent a fortune (more on that later) in their first years few of being together but looking back, they confirm what they have today is worth all the hardships

During their launch as endorsers of J's Diamond, the couple detailed how a fateful TV guesting — and a nosy close friend — brought them together. 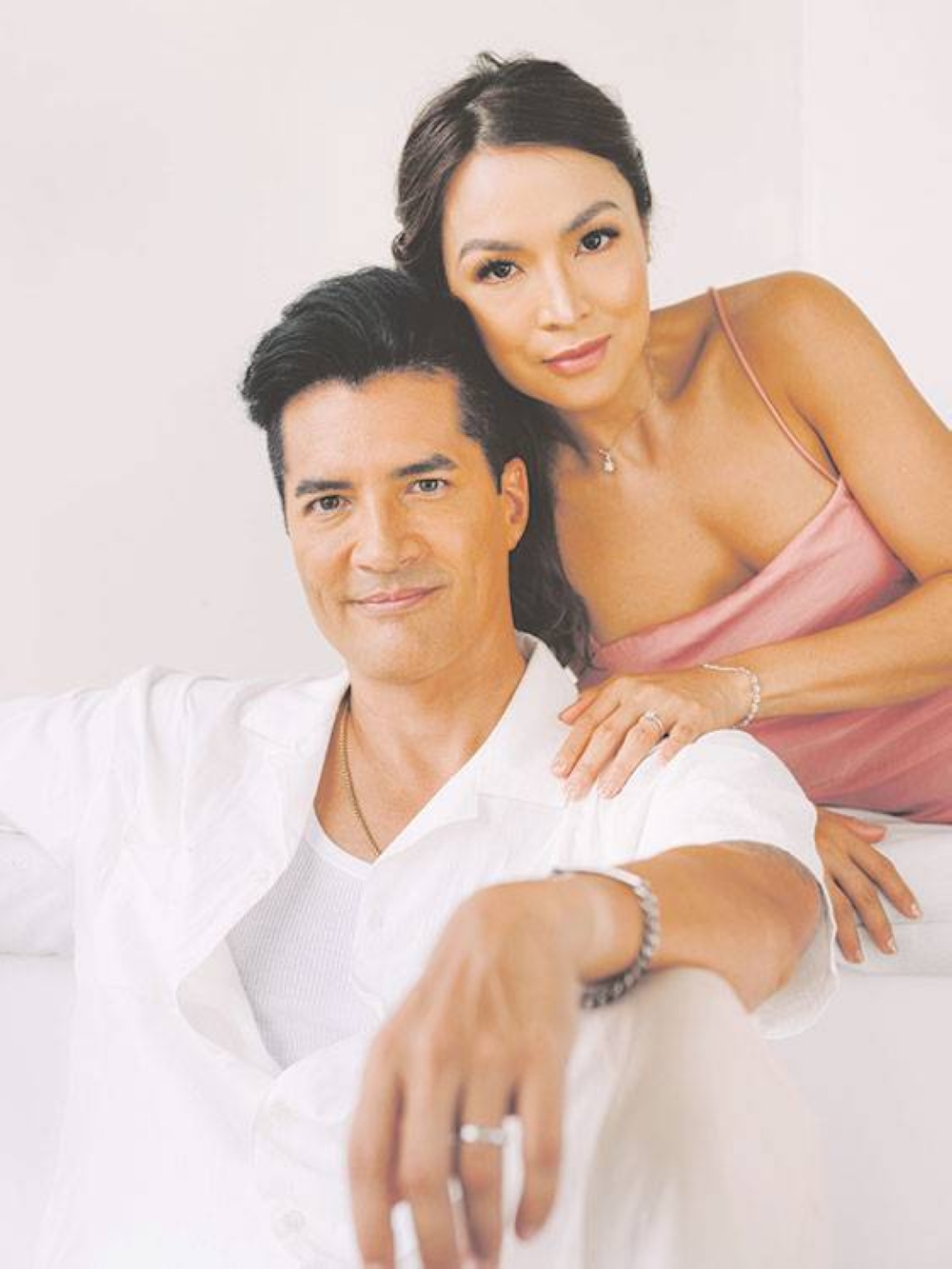 Like a diamond that’s made to spark a lifetime, Aubrey Miles and Troy Montero’s relationship shines brighter the longer they are together. PHOTO FROM J’S DIAMOND

“We were both working for ABS-CBN at that time. She was on a noontime show while on that day, I was a guest for Kris Aquino's morning show. Kris and I are pretty close because we have the same manager.

“During a commercial break, she initiated a small talk and asked who I was seeing. I said none and she was like, 'Oh come on, you have a crush?' And you know Kris, she would not let it go so I ended up saying, 'I saw Aubrey Miles, she's pretty',” Montero recalled when The Manila Times asked for what pop culture would refer to as their “meet-cute.”

What started during a commercial break, with only live audience as their listeners, made its way to live TV with the whole nation witnessing how Aquino called Miles while Montero waited shyly.

“Kris called Aubrey and said, 'I hear Troy Montero wants to get your number, can I give it to him?' And she — after some awkwardness — said okay. That's how it started.”

After his guesting, Montero messaged Miles to apologize for the on-the-spot call and asked if he could meet her in her dressing room right then and there.

It was in this visit that Miles' noontime show “MTB” saw the potential between the two.

“Somehow the wheels started turning and they said, 'Let's get Troy guest with a dance number with Aubrey in the opening,” Montero recalled.

Miles did not deny that she was flattered with the gesture. But it wasn't enough to immediately see a future with Montero.

“Oo kniilig ako kasi hindi pa ako nag-a-artista, kilala ko na siya. But I didn't want to date because I already have a kid. And then I thought, baka babaero to eh. But I was open, so we started texting, nothing serious,” Miles said.

Their courtship ran for almost a year and with their flourishing careers, they rarely have to go on proper dates.

“One of us would always be busy. Oftentimes, I would go to her set, she'd run out, we sit in the car and chat for a while and that's it. Sometimes, we'd meet up just to have snack or coffee in the car. We were that for a long time.”

They even said their relationship is older than social media and that they didn't have the luxury of modern messaging back then.

“But in the end, it was a worthy investment,” Montero saved.

Today, the couple marks their 19 years of partnership and three months of marriage. After postponing their wedding due to the pandemic, Miles and Montero had a civil wedding ceremony in June.

Finally asked why it took them longer to get married, Montero poetically answered, “We took the long road— the scenic route — but we still got here and we're still together. We just did what really made us truly happy, without minding the outside forces.”