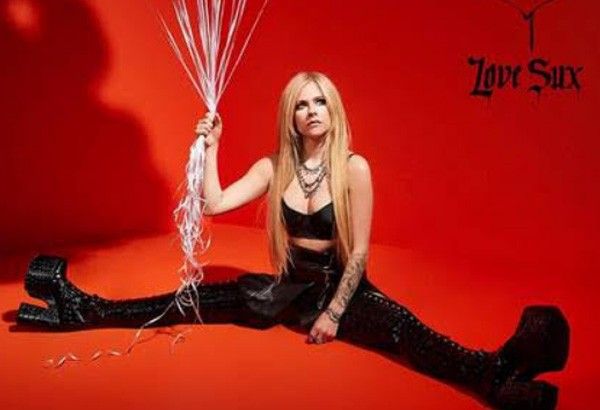 The 12-track album marks the first new music to be released from the star since 2019.

“Love Sux” showcases Lavigne’s beloved pop-punk sound in an iconic new way, featuring epic collaborations and chart-topping hits, including previously released singles “Bite Me” and “Love It When You Hate Me” feat. blackbear.

American media were all praises for the eight-time Grammy Award-nominated multi-platinum singer, songwriter, designer, and philanthropist.

“'Love Sux' finds Lavigne totally in her element… Combining the frenzied energy and fervor of her youth with the 20 years experience she has under her belt since 'Let Go,' 'Love Sux' is Lavigne ready to reclaim her status as a true superstar,” Forbes wrote.

“Bursting with Lavigne’s striking runs, spunky one-liners and the rush that made listeners become fans of her work from the get-go. It’s what makes 'Love Sux' both nostalgic and of the moment,” said Los Angeles Times

“A full-throttle, Warped Tour-ready spectacle, 33 minutes of brash guitar licks and snarling kiss-offs… 'Love Sux' could be described as a return to form for the ‘pop-punk princess',” Billboard said.

To celebrate the album launch, Avril appeared on Good Morning America this morning for a chat and performance of her hit single “Love It When You Hate Me” featuring blackbear.

Avril kicks off her Bite Me 2022 Canada Tour this May and will also be headlining iHeartRadio’s Daytime Stage on Saturday, September 24, which will take place at the immersive event and entertainment district, AREA15, in Las Vegas. Avril can be seen across the music festival circuit this fall, with performances at the When We Were Young Festival, Firefly Festival, and Boston Calling Music Festival.

RELATED: Avril Lavigne returns to her 'core' in new album