Awards are here to stay

This was showcased June 15 at the bewitching ballroom of Manila Heritage Hotel, known for their giant incandescent chandeliers that sparkled in the smartly-outfitted honorees, including honored guests who were just as dressed to the nines to witness the grand flamboyant affair.

The WCEJA is a Japan-based award-giving body founded and managed by iconic Filipina singer-beauty queen-philanthropist Emma Cordero, known popularly in local showbiz as “EmCor,” and “Asia's Princess of Songs.” 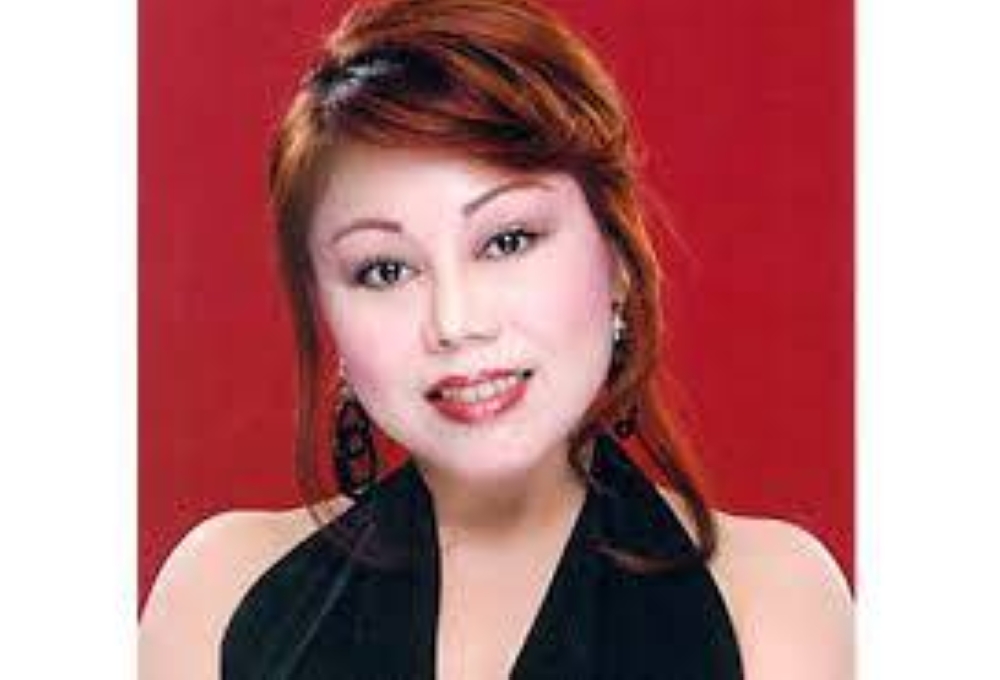 To recall, the award-giving body failed to hold award ceremonies for the last two years because of the onslaught of the Covid-19 pandemic. Thus, said June 15 event was only its seventh in the Philippines, and eighth in Fukuoka, Japan, where Emcor also put up a similar award one year after she launched it in Japan.

It's her way of paying back, says Emcor, adding that ten years ago, she was honored by many organizations for her advocacy, both here and abroad. So she decided to do the same by honoring others too in the direction by giving them awards that will inspire them to serve one's fellow men in the best humanitarian way possible, in particular to reach out to the marginalized sector of society.

From the grapevine, Public Attorney's Office (PAO) Chief Atty. Persida Acosta was supposed to be the guest of honor for the occasion and this year's Lifetime Achievement Award as well. 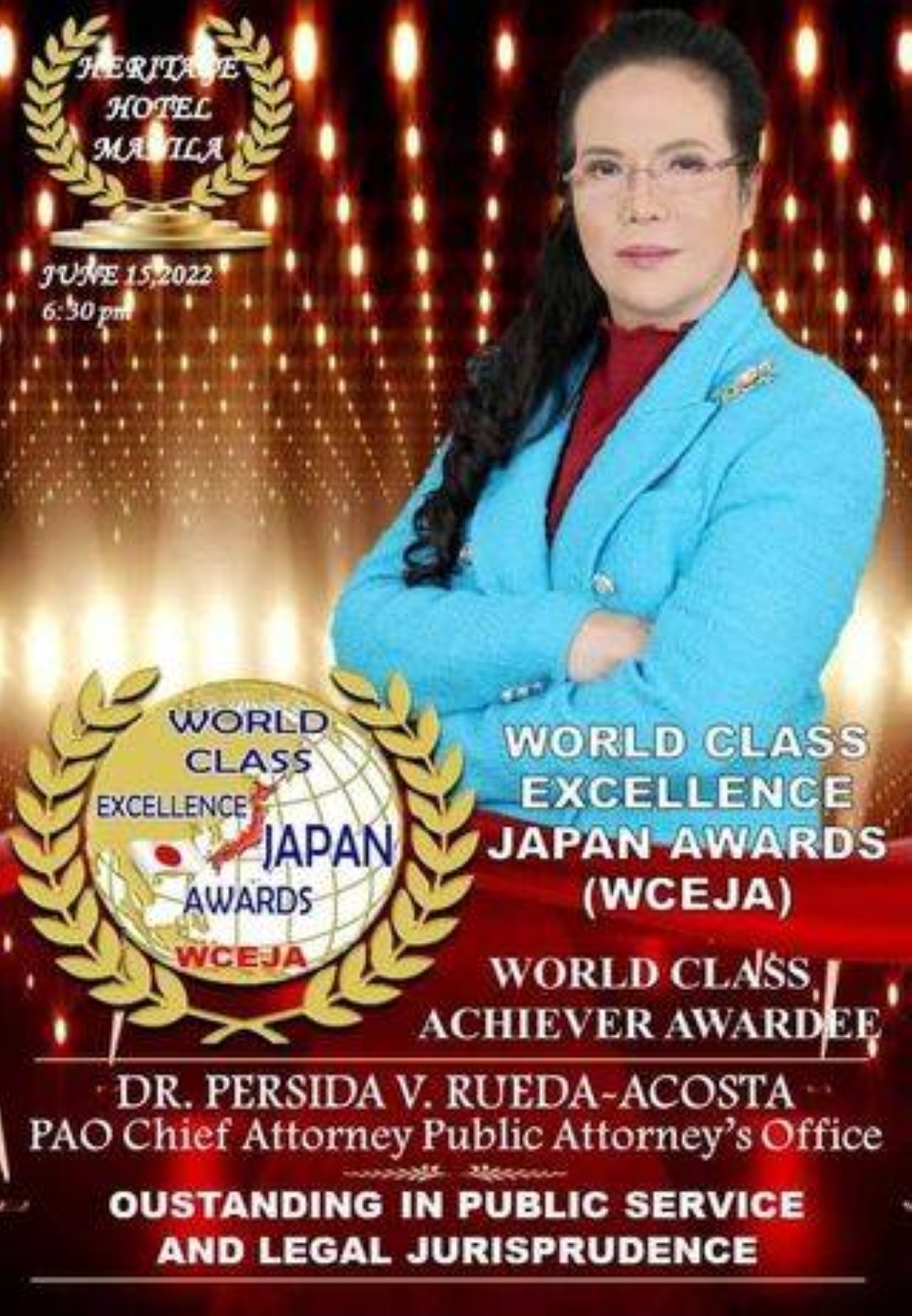 PAO chief Persida Acosta, conspicuous with her absence at WCEJA

The feisty lawyer has been very vocal against Covid-19 vaccination, so she had to beg off; the hotel's health protocol is “no vaccination card, no entry.”

In an earlier interview, Atty. Acosta disclosed however, that her decision to go unvaccinated for some medical considerations has never influenced her constituents at PAO to follow suit.

She was sorely missed by the entertainment press who in the past had bestowed the lawyer the much-coveted Darling of the Press Award from the Philippine Movie Press Club (PMPC), including several TV hosting awards.

An officially designated official, however, came to represent on her behalf at the fabulous event. All's well that ends well.

With a total of over sixty awards, WECEJA made sure to include in their roster the bestowal of posthumous awards to iconic celebrities, and eminent statesmen e.g., Queen of Philippine Movies Miss Susan Roces; singer and 'Novelty King' Mar Lopez of Big Three Sullivans; comedienne-vlogger Mahal; and former Senate president Aquilino 'Nene' Pimentel,

On hand to receive awards for the philanthropist doctors of 'Hospital On Wheels,' were Juan Sanchez Jr., Dr. Ronnie Royo, and Dr. Jovylyn Espalabra.

It looks like awards season face-face or in-person despite the pandemic is here to stay.

One couldn't care less, if the awards are vacuous or legit. Take it away!