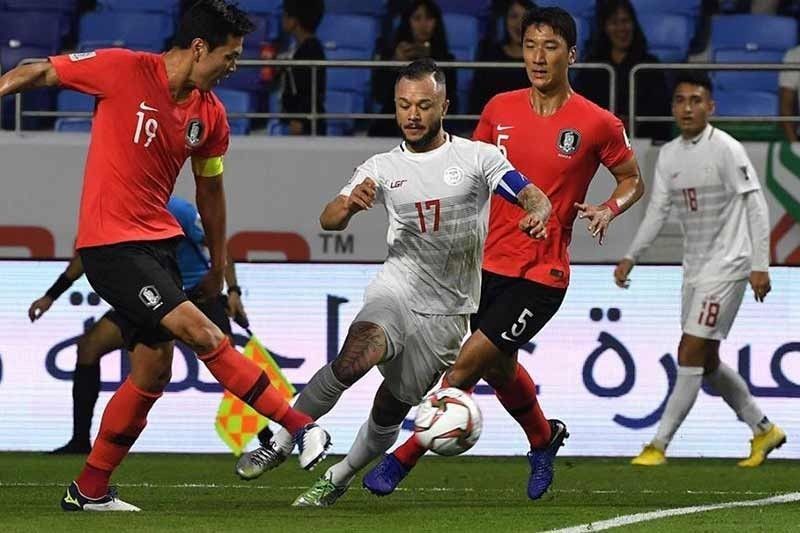 MANILA, Philippines – There is no doubt that when the Philippine men’s football team begins its campaign in the 2021 AFF Suzuki Cup, Stephan Schrock will have many eyes on him — Filipinos as well as the competition.

Since he made his national debut in 2011, the Filipino-German midfielder has made a huge impact on the national team’s play with his speed intelligence, and ability to crack that ball from just outside the box for a thunderous goal.

Which is why the competition have often targeted him with their physical play.

“He’s got the most desire out of any player that I have coached,” added Cooper, who will be coaching in his first Suzuki Cup after taking over from Sven-Goran Eriksson following the 2018 staging of the biennial tournament. “He also has the most dedication and commitment.”

“This was a guy when I came in and made him captain. This is the best player decision I have made in football.”

In this 2021 AFF Suzuki Cup where the Philippines is bracketed with four-time winner Thailand and three-time winner Singapore in Group A (along with Myanmar and Timor-Leste), Cooper is hoping that debutante Bienvenido Maranon and other veterans and newcomers stand alongside the talisman Schrock.

“He is targeted and it is up to the other players to stand by him in terms of the physicality of the game, in the expectations on and off the field, the level, and the output. Maranon can also carry that burden. But we need many others to stand by him and we will need that now (during this tournament).”

Regarding a move to a more attacking position in order to spare Schrock from the tackling in the midfield, Cooper thinks it is possible.

“No doubt about that,” said the Englishman. “Stephan has played right back, central mid-field, and wings, and he is best in the attacking position. He is so good in every position but we have to play him in an area where we can maximize him. When he played central midfield versus China, he outplayed. Ultimately, I want to release him higher. But we need the security behind him so he doesn’t wait for the ball. For now, until we can get that quality behind him, we need him in positions where he can make a huge impact.”

The Azkals’ campaign can be watched on the Premier Football channel on Skycable and Tap Go as well as the Tap Go streaming application.

The tournament kicks off on December 5.