The recent workshop showcase for “background actors” aka “extras”/”talents” for the movies held at the Cinematheque Center, Film Development Council of the Philippines (FDCP), Manila, saw Caveat in a huddle with acting guru director Rahyan Carlos.

He elaborated on the renowned Ivana Chubbuck's acting techniques that he made use of in facilitating said workshop. He has been handling acting workshops at his turf ABS-CBN for the past 20 years; and is himself an alum of Chubbuck's acting studio in Los Angeles, California. 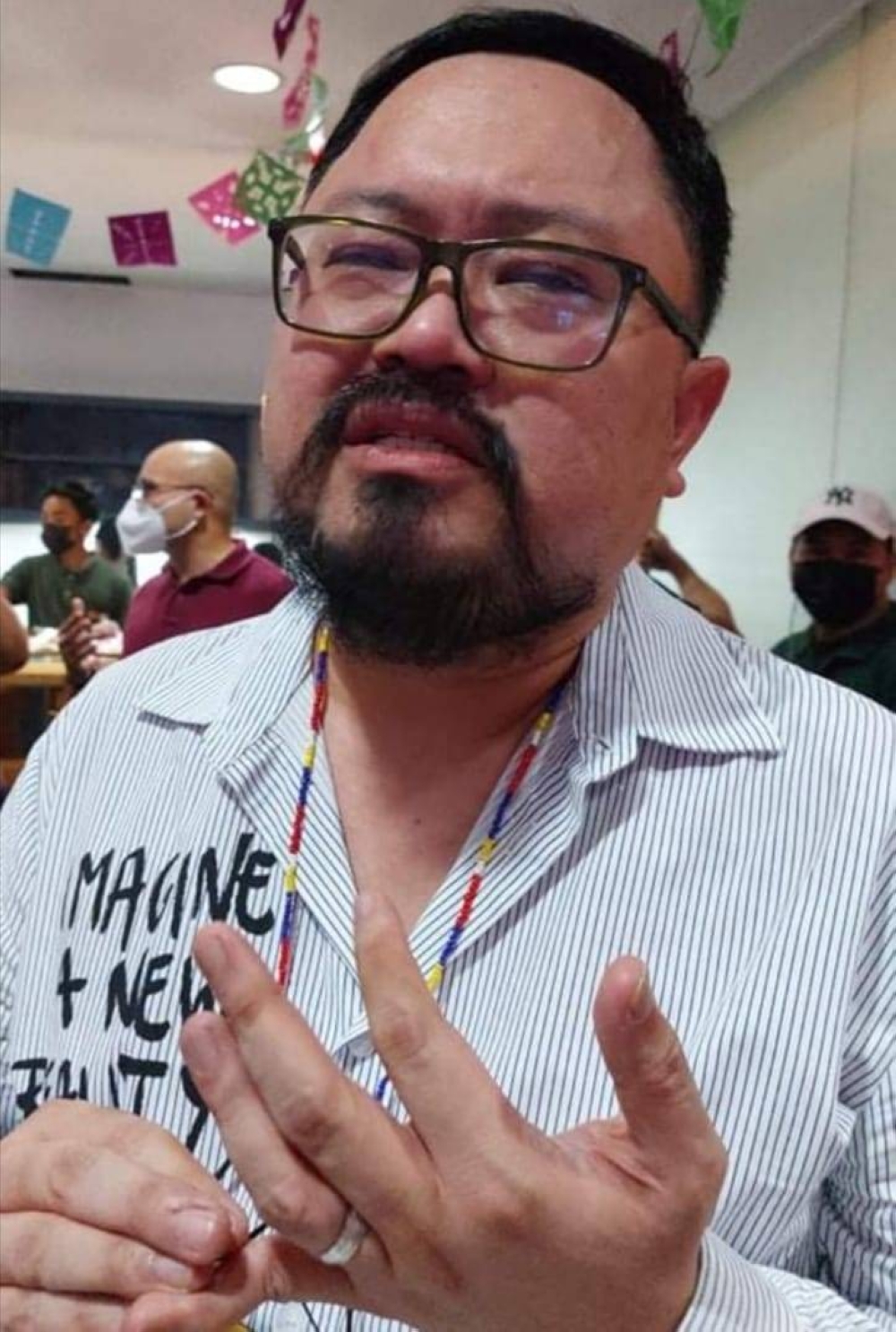 Meanwhile, said workshop for 'background actors' was first in the history of the local industry, according to FDCP chair Liza Diño whose term was extended for three years more. Also an alum of Carlos and Chubbuck, Liza offered the workshop for free to qualified applicants who went through a rigid audition.

The long-shot implications of said workshop is to hopefully upend or at least 'humanize' the status quo of heroic, but exploited 'background actors' in the industry. They are equally important or 'di rigueur' to the film's required mise-en-scene, but most often taken for granted by producers, noted Liza.

“On the set they have no names and are called upon merely as 'extras' or 'talents.' They eat a different meal from what the big stars are eating. Most often 'background actors' are subjected to endless waiting on the set and are exposed to the harsh elements, while the big stars are comfortably ensconced in aircon tents,” Liza was teary-eyed as she shared her observations with the media, guests, and workshop graduates at said rites.

She spoke guts out; quavered with a lump in the throat as she was once an 'extra' herself. This breakthrough workshop was Liza's and Rahyan's pet project that was on hold for sometime, but finally saw its culmination last May 5 with at least 25 graduates out of over a hundred who passed the audition.

The initiative more than paid off. The graduates authentically breathed through short excerpts from critically-acclaimed local and foreign films.

The performances were all compelling; leaving the audience in awe and short of wanting for more.

Once more, FDCP tendered their exquisite taste for good food, including perks, etc. in hosting presscons and related events.

At the red carpet reception, I had the chance to validate with director Rahyan about my vicarious knowledge of Chubbuck through her books; and having discussed it with Arjo Atayde, one of the lady's previous workshoppers at ABS-CBN.

Director Rahyan confirmed that Chubbuck is in a way a 'descendant' to the legacy left by Konstantin Stanislavski, the Russian originator theorist-practitioner who in the late 1800 codified and popularized acting through his famous 'Stanislavski System' that has since then become the 'bible' of acting throughout the world, including Philippines. 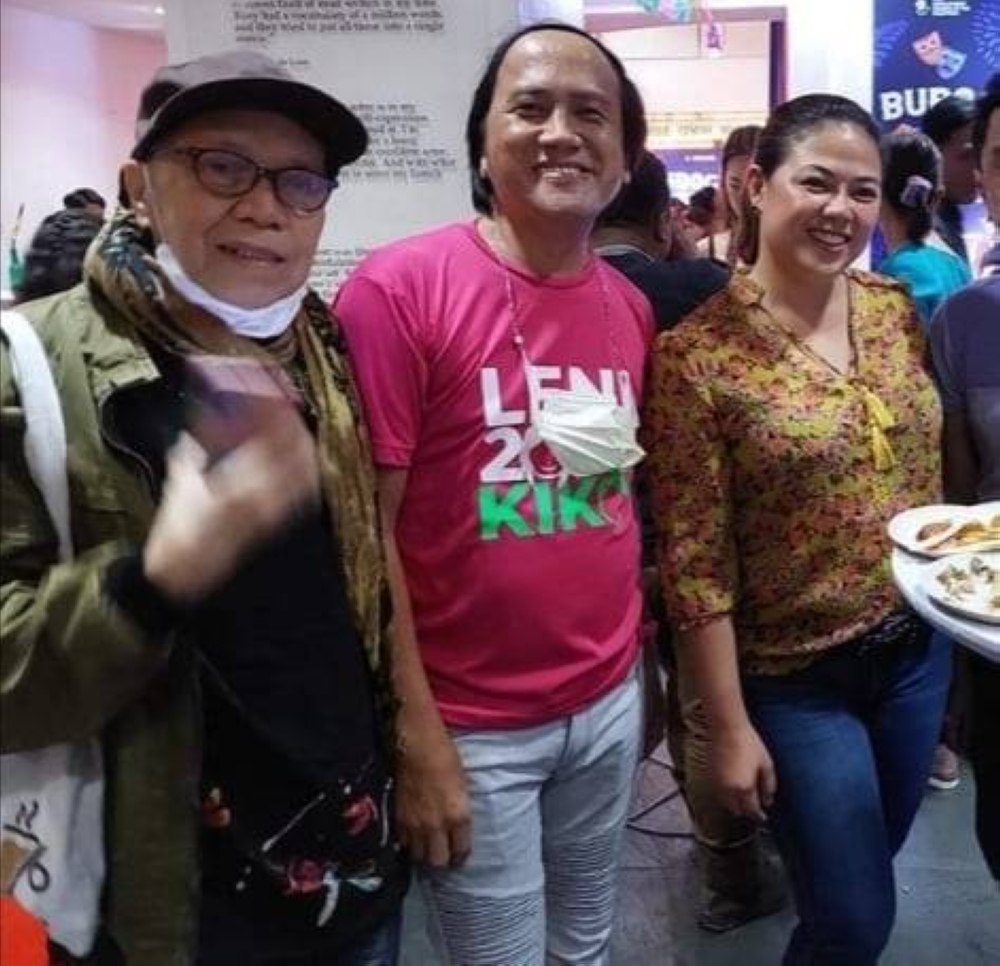 Chair Liza Dino (rightmost) with the press at Cinematheque.

I say this with authority having worked with Cecile Guidote-Alvarez, the founder of Phil. Educational Theater Association (PETA) who introduced the Stanislavski System to her students upon her return to the country from the States in the 70s as the country's pioneering scholar of theater.

Rahyan added that Chubbuck, who is of Russian blood, was officially 'knighted' (my own word) and highly acknowledged in Russia as the certified promoter of the legacy of said System.

She has tutored some Hollywood actors like Charlize Theron, Halle Berry, Brad Pitt, Sylvester Stallone, Jared Leto, and many more.

Allow me to write-in one pretty graduate from this batch Aubrey Salazar Sicat who was previously in my workshop on Method Acting at Balintataw Film and Theater Arts of the Unesco-Philippine Center for International Theater Institute, organized by his mentor-director Mark Arvin Agcaoili.

Also, it was a pleasant surprise to see another brilliant graduate at the showcase Sandra Quintela who happens to be the stage stage manager of the play I wrote billed “Bienvenuta Al Lido De Venezia” for staging at the Cultural Center of the Phil.'s annual Virgin Labfest for two weeks in June in cooperation with the Writers Bloc.

To the graduates, bear in mind what Konstantin Stanislavski once said, “Remember: there are no small parts, only small actors.”