Baldwin: Up to Kai Sotto, G League to decide on Gilas stint 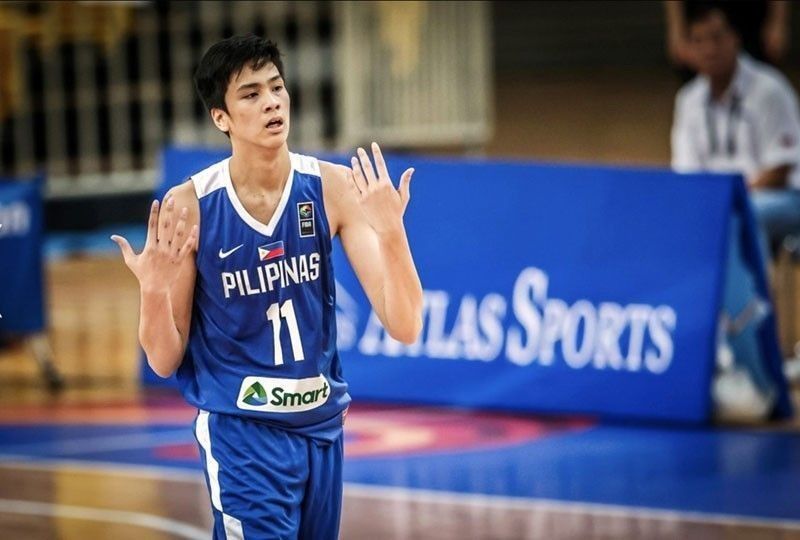 MANILA, Philippines — Samahang Basketbol ng Pilipinas (SBP) program director Tab Baldwin would love to have Kai Sotto in the Gilas Pilipinas pool as soon as the third window for the 2021 FIBA Asia Cup arrives in February next year.

But the ability to make that happen, at least in Baldwin's eyes, rests mainly on Sotto's camp, as well as his team in NBA G League Team Ignite.

Baldwin recently talked about Kai's possible inclusion in the national team program on an episode of Tiebreaker Vods' Coaches Unfiltered.

"I think that issue is in Kai's court," said Baldwin of his availability.

"Obviously, we welcome Kai and AJ [Edu] anytime they're available, we look forward to them being with the team as much as possible," he said.

But the multi-titled UAAP coach knows there will be a lot of hurdles in taking Sotto, and even Edu who is currently in the United States, home to play for the national team.

"That decision is, I think, with Kai and his team of people and where they see Gilas and his development and how much they see Gilas as an endgame for them, or whether the NBA is the only endgame that they are pursuing," said Baldwin.

Sotto, who is set to play for the NBA G League Team Ignite as part of his profesisonal pathway to the NBA, had expressed his desire to stay with the Gilas program even if he had other matters overseas.

But Baldwin admits that it would not be that easy, with willingness on Sotto's part not the only prerequisite of his coming to the country to play.

"I remember talking to Kai and he always said that he loves to represent his country so hopefully it's going to happen," he said.

"But we just live in a world today where there are tug of wards going on for many players… On the one hand I feel sorry for them that they have this scenarios in their lives but on the other hand, you have to say that what they've done is they created more options for themselves professionally," he added.

Baldwin, along with Gilas head coach Jong Uichico, are fresh from a successful stint with an all-cadet national team in the second window of the 2021 FIBA Asia Cup Qualifiers in Manama, Bahrain.