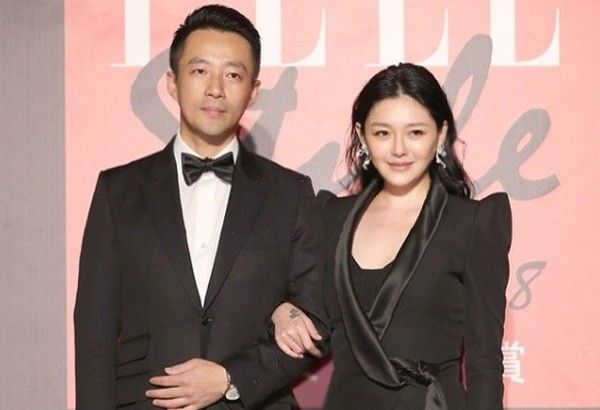 MANILA, Philippines — Taiwanese actress Barbie Hsu, popularly known as Shan Cai in the hit series "Meteor Garden," announced recently that she filed for a divorce from her wealthy Chinese husband Wang Xiaofei after 10 years of marriage.

In a formal statement through their attorney Lai Fang-yu, the couple said they have decided to dissolve their marriage peacefully, and have recently undertaken the relevant procedures.

“Mr. Wang Xiaofei and Ms. Hsu Hsi-yuan were destined to know each other and spent a happy and wonderful time together. Even if they choose to separate now, they are grateful for each other's contributions. Once, as a husband and wife, they went hand in hand. In the future, the two will get along happily as parents and friends, and will continue to raise their children together and give them all their love and company,” the statement read.

“It is hoped that the media and public can respect the choices of both parties, and at the same time, to avoid unnecessary harm to both parties and their families, please everyone give them more personal space," it added.

According to Apple Daily, a friend of Barbie said that she decided to file a divorce because of their different values. Wang allegedly frequently travels to China, leaving Barbie in Taipei and he allegedly posted political comments to criticize Taiwan, allegedly leading to arguments between the two. The pair, however, have not confirmed such allegations.