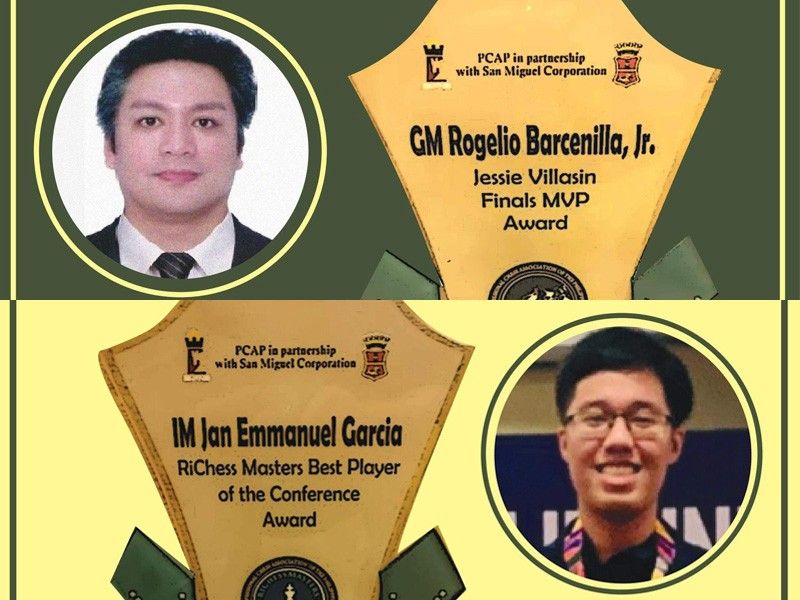 Barcenilla led the Laguna Heroes to the title after a hard-fought series against the Camarines Soaring Eagles. According to PCAP Chairman Michael Chua, Barcenilla garnered the award after leading all players on percentage points.

International Master Jan Emmanuel Garcia of the Caloocan LoadManna Knights made it a one-two sweep for the Special Awards by northern division teams when he was named the RiChess Masters Best Player of the Conference.

Added Barcenilla, “I am very happy and thankful that all my hard work and sacrifices paid off and I was able to help our team be the first ever PCAP champion.”

Garcia himself was just as surprised when his name was called out. “Nakakagulat,” was all he could say.

“Both are deserving winners,” noted Elauria. “Barcenilla is the reigning Philippine champion while Garcia is a long time national team member and is a strong candidate from Grandmaster status.”

The Finals Award was named after PCAP’s Stateside supporter businessman Jessie Villasin while RiChess is the company that sponsors the Cordova Warriors.