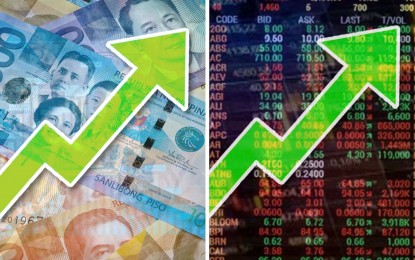 MANILA – Bargain hunting lifted the local stocks index on Thursday while the peso improved to the 51-level against the US dollar.

Most of the sectoral counters also gained during the day, led by Holding Firms, which rose 1.03 percent.

Only the Property index finished in the negative territory after it fell 0.65 percent.

Advancers led decliners at 110 to 83, while 49 shares were unchanged.

“Investors bought up into the Philippine market to end the first quarter of 2022 while keeping a watchful eye on developments in Ukraine and the waning signs of progress for peace talks with Russia,” said Luis Limlingan, Regina Capital Development Corporation’s head of sales.

Limlingan cited the risk of recession in other regions like North America given the inverted yield curves of the five-year and 30-year US Treasuries registered earlier in the week, a first after six years and the spread between the two-year and 10-year almost inverting.

“Yield curve inversions are seen by some traders and economists as recession indicators,” he said.

The positive close of the main stocks index was mirrored by the local currency after it finished the day’s trade at 51.74, its strongest after the 51.50 close on March 3, 2022. It closed at 52.01 to a greenback on Wednesday.