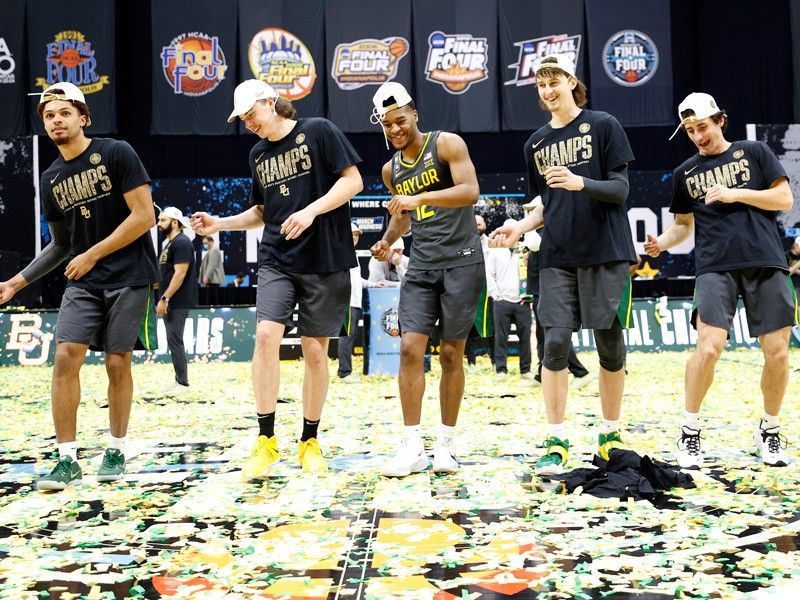 LOS ANGELES – The Baylor Bears ended the Gonzaga Bulldogs' quest for an unbeaten NCAA championship season on Monday (Tuesday, Manila time), clinching the US college basketball title with a 86-70 victory.

The Waco, Texas-based Baylor University team sealed their first ever "March Madness" title with a dominant performance against the Bulldogs, who were aiming to crown an undefeated season with a championship.

For long periods on Monday, it looked as if Gonzaga were still nursing a hangover from that win, with Baylor dominating in all departments to build a comfortable lead well before the end.

Baylor laid the foundations for success with a blistering start, jumping into a 9-0 lead that they never relinquished.

The Bears had surged into a 19-point lead midway through the first half and also led by 20 points at one stage in the second.

"They came out and fed off of each other and got off to a great start, and defensively we're pretty good," Drew said.

"Our guys have been motivated all year. It's a player-led team. We're so blessed to have unbelievable leadership. We play with a culture of joy.

"If you're going to war and I'm coaching, then I'm taking these guys."

Gonzaga, meanwhile, were left shattered in defeat, with Saturday's hero Suggs — who led the Bulldogs' scoring with 22 points — in tears.

"We just couldn't get anything going, you have to give credit to Baylor," said Gonzaga coach Mark Few.

"They were just so aggressive defensively we couldn't get anything going on the offensive end. Hats off to them. They dominated both ends of the ball all night."

Few had words of solace for his players, who had won 31 straight games this season by an average of 22.4 points.

"You can't go 31-0 and get to the last night and get beat and feel bad about it," Few said. "It was an unbelievable run we've been on. I just said to them this will pass, and they've got to remember what an amazing accomplishment it was just getting to this point."